Sensors tell the story of Mars

Sensors tell the story of Mars

Paulo has collaborated and published on his work on NASA’s Mars Exploration Rover (MER) program and is giving public lectures today at CSIRO Discovery. He talks to us about the little Rover that could – Opportunity. Designed to last three months, the Opportunity rover is still going strong ten years later.

Ten years ago, NASA’s twin sister Rovers – dubbed Spirit and Opportunity – bounced to daunting air-cushioned landings on opposite sides of the Red Planet for what was planned to be just three-month missions. 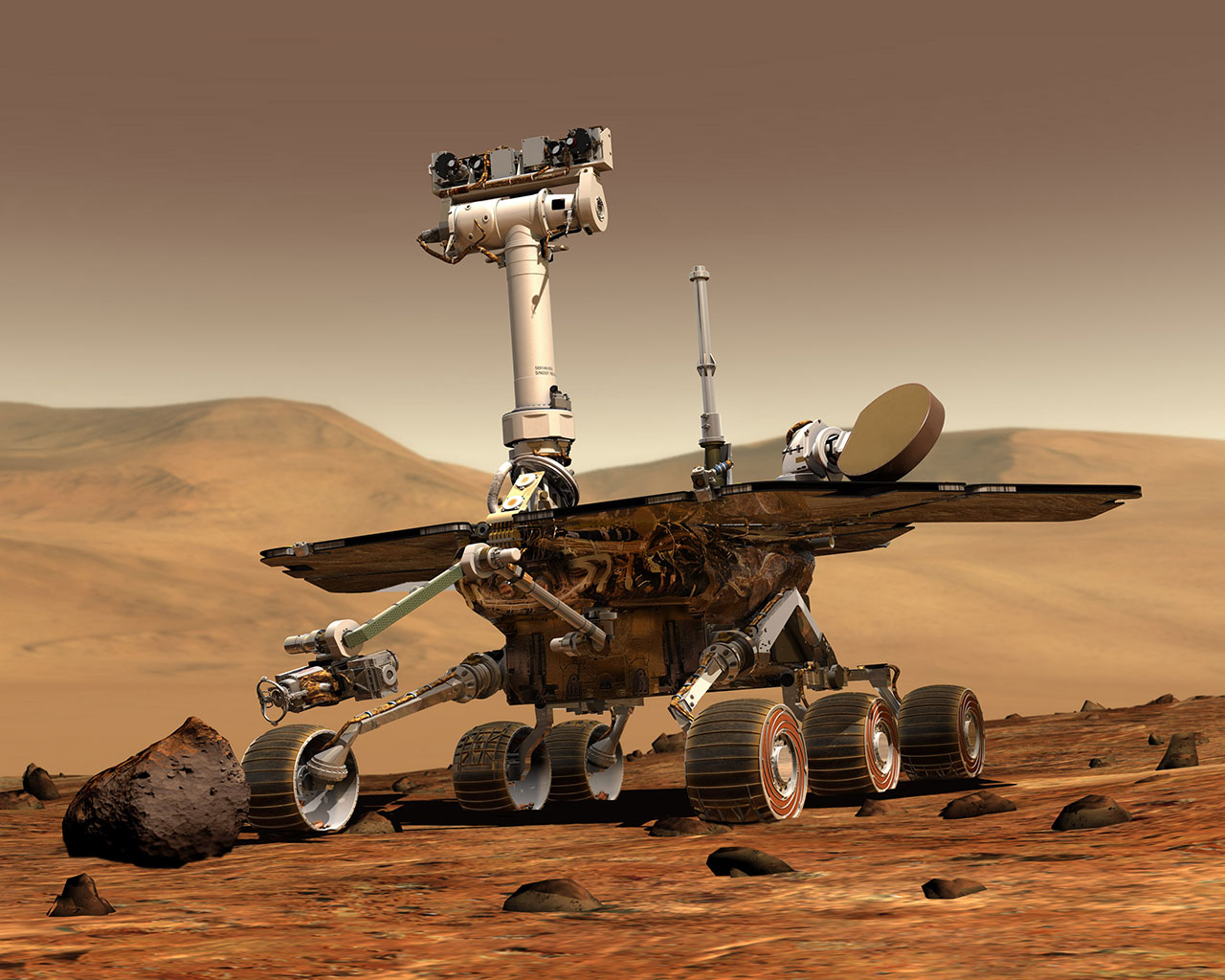 This month (January 2014) Opportunity celebrates a truly remarkable achievement, a 10th anniversary of continued exploration of the cold surface of Mars. She is way beyond ‘warranty’. Opportunity is older than many of the cars we drive on Earth and there’s no roadside assistance to help her out!   It’s been great to be able to tell people my insider story of a full decade of exploration of Mars with Opportunity — my work on the Rover program and, in particular, the sensors on Opportunity. These miniaturised advanced sensors are for analysing Mars’ sandy and rocky surface. Creating them has been my work. 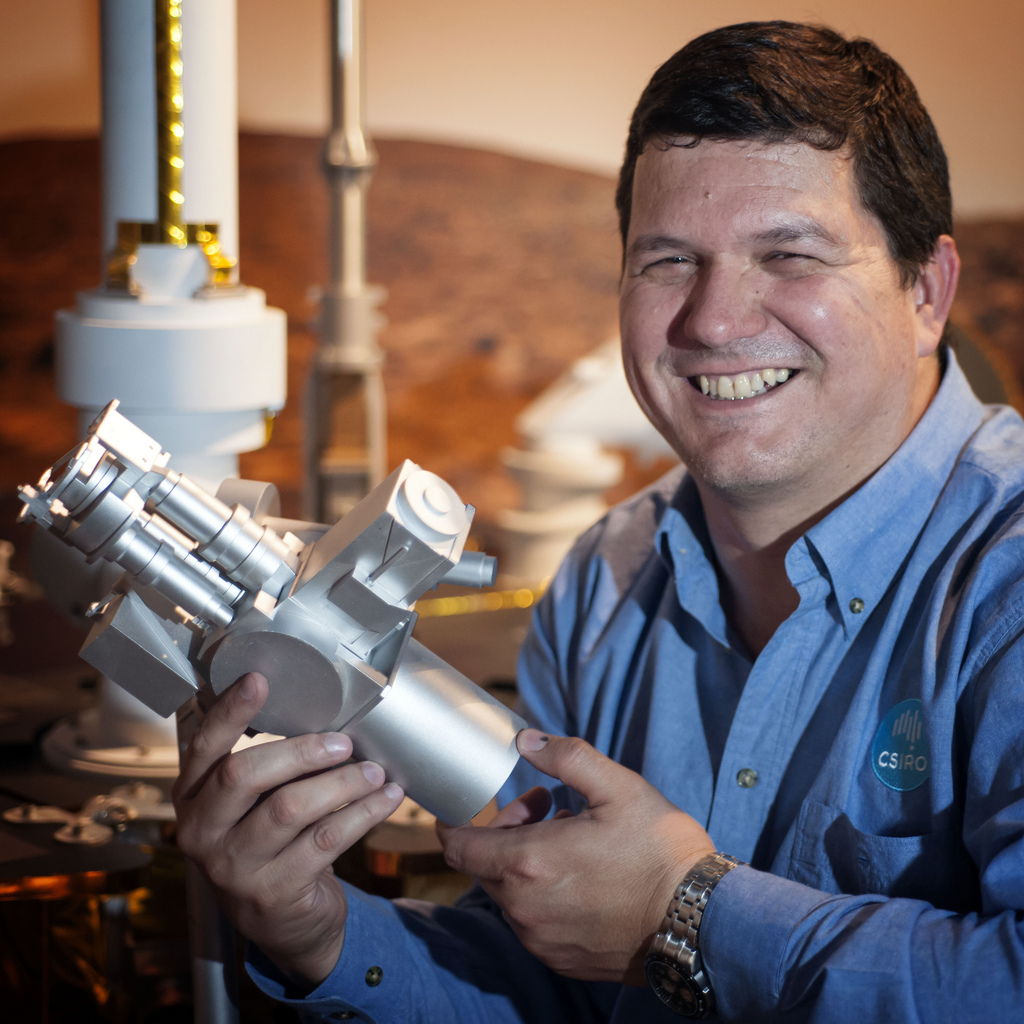 Opportunity sends data from her scanners and sensors back to Earth, including to the Canberra Deep Space Communication Complex,  so scientists can analyse and interpret what the data tells about Mars past and present. And we’ve discovered past environments on Mars that would have been suitable for life.

Some of the most exciting finds have been mudstones that tell us that water existed on Mars billions of years ago, around the time life on Earth first appeared. Current Mars Rovers are looking to find out how the pattern of water flow and deposition has changed over time. We combine data from the Rovers with satellite data which covers much bigger areas. 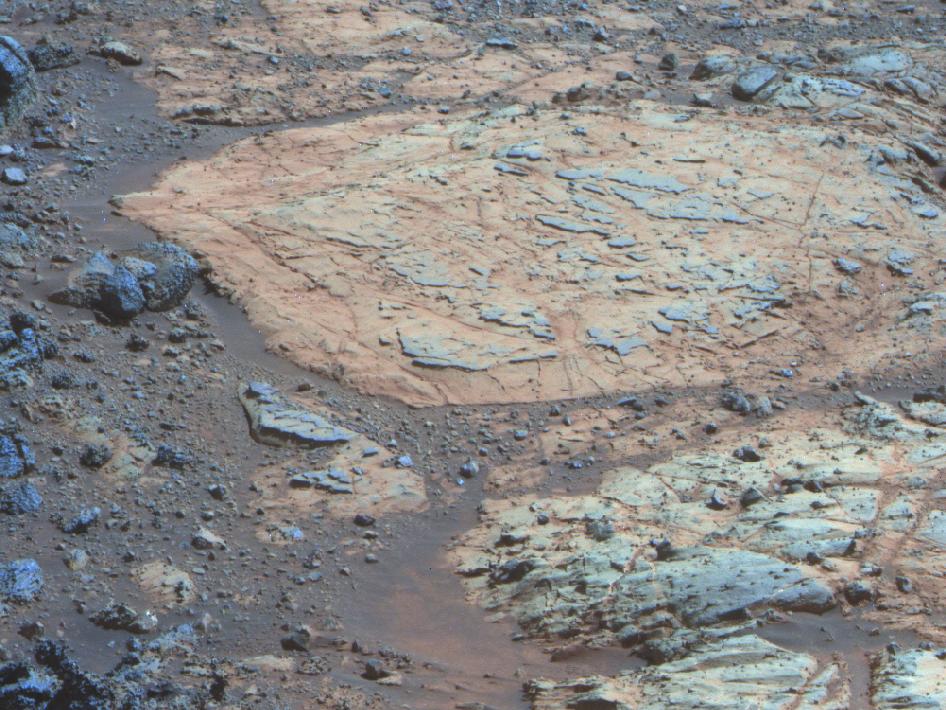 Opportunity’s view (in false-colour) of ancient mudstones on a rocky outcrop on the rim of Endeavour Crater. Chemical analysis showed that around four billion years ago this would have been the oldest, most liveable mud on Mars, containing near-fresh water. Credit: NASA/JPL/Cornell/ASU

We want to answer questions such as: Was Mars water fresh or salty? How acidic was it? Did it change over time or was its chemical composition constant? Could it have supported life? Where did it come from and where did it go? We’ve yet to find fossils that show us life existed on Mars. But that might be just around the corner … if the Rovers keep roving on.

Today we’re using similar sensors to those on the Mars Rovers on our CSIRO automated underwater vehicles (AUVs) to analyse water in Hobart’s Derwent River, Brisbane’s Moreton Bay and on the Great Barrier Reef. Just as on Mars, sensors can tell us a great deal about our Australian environment. In fact, you might be surprised to see just how connected we Aussies are to Mars. 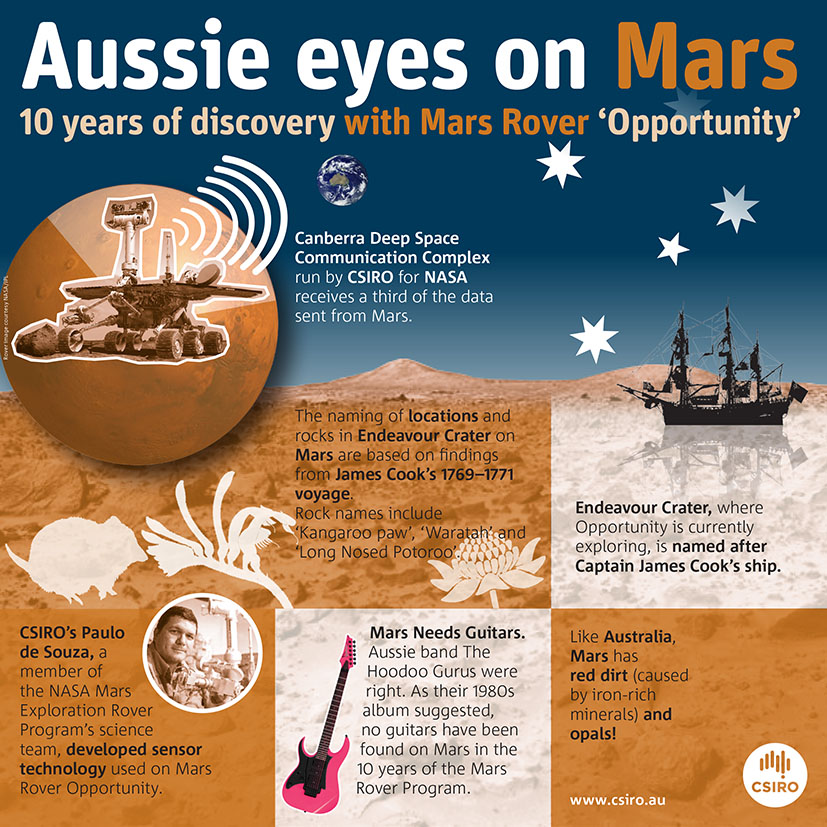 And we’re getting better at making sophisticated sensors just millimetres in size. We recently attached some to the backs of bees! Watch this space.

Previous post:
An Opportunity for life: finding Mars’ most liveable mud
Coming up next:
The lifesaver’s little helping hand