There is a link.

In the 1860s, there were a lot of cargo ships sinking due to overloading. The large number of insurance claims which followed led to British MP, Samuel Plimsoll, coming up with the national Load Line or Plimsoll Line.

The Plimsoll Line, which is put amidships, shows the draft of the ship and the legal limit to which it can be loaded for specific water types and temperatures.  The letters refer to various waters. The L and R refers to ships registered with Lloyds. 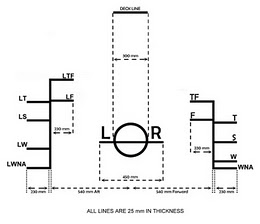 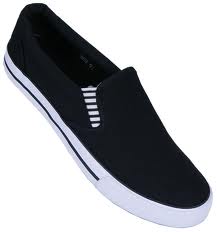 Which brings us to the definition of seawater:

The world’s peak ocean science body has adopted a new definition of seawater developed by Australian, German and US scientists to make climate projections more accurate.

The science case for a change in the definition of seawater was first agreed to in 2006 when the international guiding body, the Scientific Committee on Oceans Research (SCOR) established a working group, chaired by Dr Trevor McDougall, of CSIRO’s Wealth from Oceans Flagship.

Previous post:
Friday Fish Time
Coming up next:
Climate change in the Pacific