There is no arguing – most people find economics pretty hard to follow and perhaps just a little dull.

But here is a great example of how to make something which is abstract and complicated (which a lot of science is) interesting and engaging.

He made the machine while student at the London School of Economics.

The MONIAC was an analogue computer which used fluid to model the workings of an economy.

Other computers went to Harvard Business School and the Roosevelt College in the United States, and Melbourne University. The Ford Motor Company and the Central Bank of Guatemala are believed to have bought MONIACs.

Perhaps we need to crank up the one at Melbourne Uni and pit it against Treasury modelling…..

Below is a picture of one at the Reserve Bank of New Zealand, a diagram of the MONIAC, an article from Fortune magazine in 1952 and a picture of Bill Phillips with a MONIAC.

More about them HERE 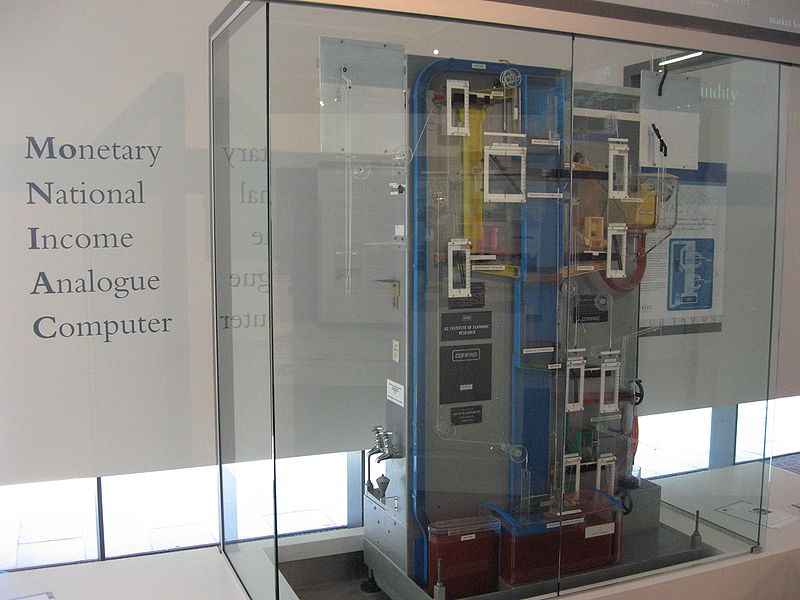 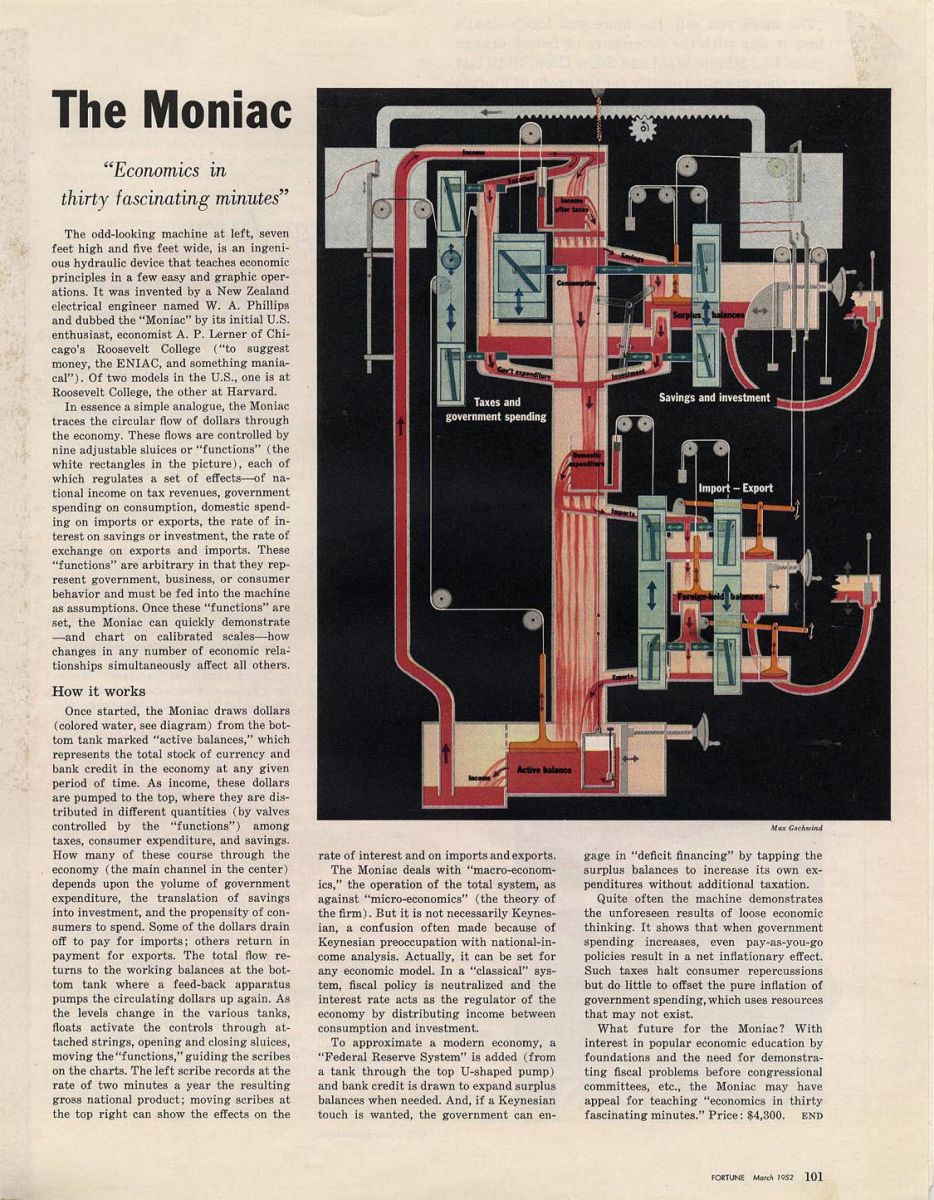 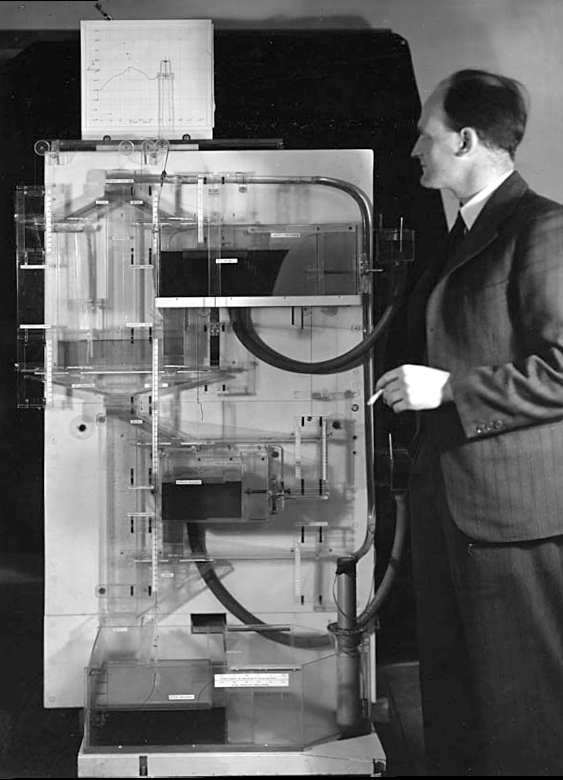 Previous post:
2005 YU55 is on its way for a close encounter of the asteroid kind
Coming up next:
Whet your appetite with new Water book