We worked with Monash University Design students to test out our printed solar films - and their designs were out of this world! 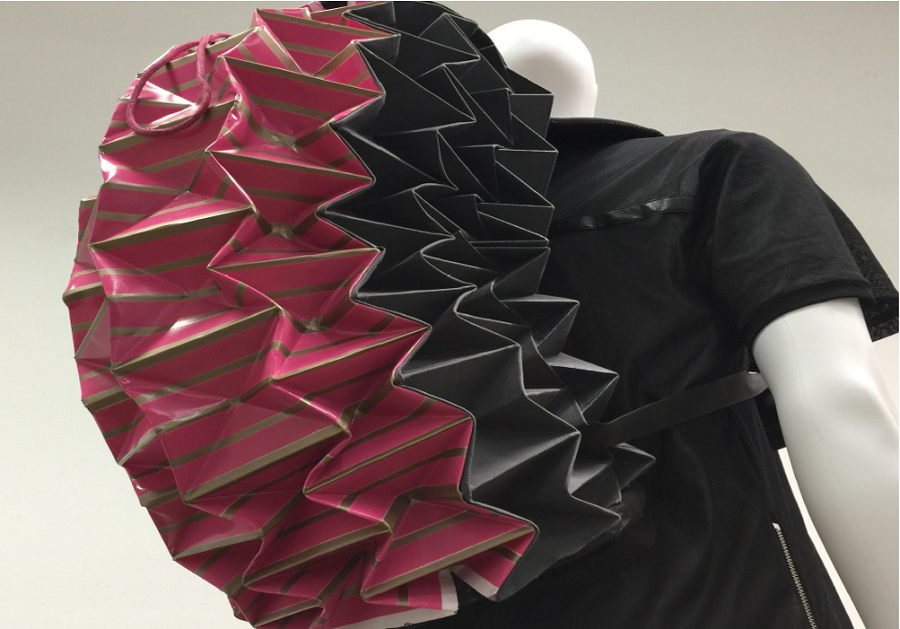 One students creation: a solar backpack

When the scientific minds behind flexible solar panels got creative and printed a set of solar vertical blinds, there were cheers all around. But it was when they collaborated with Monash University industrial design students that the real celebrations started. The students got to work on cutting-edge technology, and the scientists who saw their work re imagined in ways they hadn’t even thought of.

Dr Fiona Scholes, whose team has been working on the development of printed solar films for almost a decade, said seeing the final seven designs the students came up with was breathtaking.

“The designs were so stunning and so well executed. Seeing the production quality, the finishes, the thought that had gone into each design and the attention to detail was quite overwhelming for me.”

Twelve weeks after giving the original brief to the students, Fiona and the team stood in the Monash University exhibition space packed with seven solar prototypes, from creatures to playgrounds, origami bags and plants.

Imagine if solar panels were almost invisible. If you could buy them from the local hardware store and if you could roll them up to fit in your backpack. 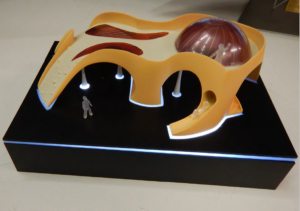 One students creation: a solar playground

Fun in the sun – a solar playground designed by Monash University students.

We’ve created solar panels that are lightweight, flexible and printed directly onto plastic using a ‘solar ink’. Fiona described this amazing solar transformation as “[It’s] really just printing – but the ink is special because it absorbs light and turns it into electricity.”

“But the other thing you need is electrodes, so you do have to print connections as well as the solar ink.”

“One of the advantages of this kind of technology is the form factor. The look and feel of printed solar is completely different to conventional solar panels. There is a huge degree of design freedom there which is why we really wanted to engage designers.”

“By working with the designers we were able to take that leap and see what we needed to change in our lab to actually start producing something people really want,” Fiona said.

Among a solar playground, backpack and bike charger, was the creation of a set of solar creatures that free roam the skies while harvesting energy from the sun.  There’s the Solar Gatherer (Solaris Metentis) which hunts sunny spots in packs. A bit like a cat, the gatherer finds the best sunny spot in the area and then uses light to communicate and indicate energy status. It uses the energy it collects to move and communicate with other creatures.

Then there is the Solar Stalker (Solaris Venator) which ensures no Gatherers are sleeping on the job, herding them to the sunniest of spots. Designer and creator of the Solar Creatures, Harry Holden, hopes his creatures invoke wonder in the passing population.

“I’d really love to see several of them bobbing around somewhere the public could really engage with the technology and see the potential of an energy efficient future,”  he said.

And it would be fair to say that Harry became quite attached to his creation.

“While I put a huge amount of effort into mocking up the solar balloon (the final model actually flew), the small undercarriage and the ‘face’ of the creature was my favourite part. Each piece was necessary, all the functional electronics were included, and it had so much personality!”

And while the creatures may be a thing of the near future, Fiona has other places she would like to see the tech.

“I’d love to be on a tram along Swanston Street looking up at the skyscrapers and seeing every single surface of those buildings covered in it. At the moment we use such a small fraction of the available surfaces to collect sunlight and printed solar films are a way of using all that space.”

Check out more of our manufacturing and solar work here.

Previous post:
Land carbon storage swelled in the Little Ice Age, which bodes ill for the future
Coming up next:
Teaching old koalas new tricks (and other interesting koala facts)