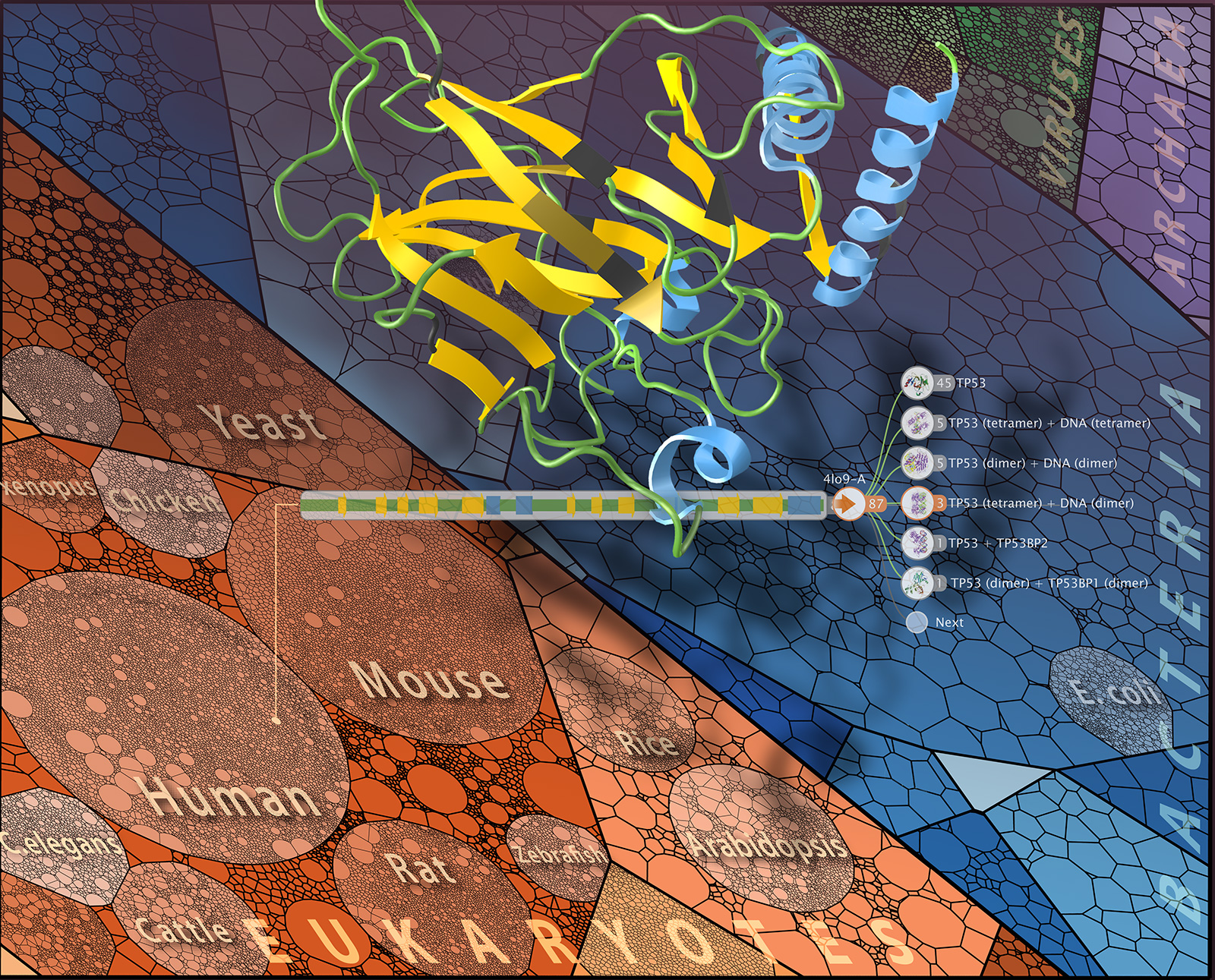 If you’re a regular at the gym or an early morning boot-camp fanatic, it’s possible that the first thing you picture when you think of protein is the powder you use to make your post-workout recovery shake.

But when our scientists discuss protein, they’re talking about the many thousands of molecules that act as the essential building blocks of life as we know it. Because proteins are so important to constructing life, researchers need a way to visualise the exact ways in which they fit together so that they can better understand the functions they play in our bodies.

With this in mind, a team of international programmers and bioinformaticians (think biology, computer science and maths mixed together) led by our very own Dr Seán O’Donoghue have created a new web-based tool named Aquaria that can create unprecedented 3D representations of protein structures.

Aquaria is based on the Protein Data Bank, an online resource which houses more than 100,000 structures of proteins that contains a wealth of detail about the molecular processes of life. But Sean and his teams were conscious that few biologists were taking full advantage of the site. The Protein Data Bank is designed for and by biologists who are expert in structures; however for most biologists, its organisation can be confusing.

So, they created Aquaria to make this valuable information more accessible and easier to use for discovery purposes.

Freely and publicly accessible, Aquaria can help scientists like ecologists, nutritionists and agriculture, biosecurity and medical researchers to streamline their discovery process and gain new insight into protein structures.

Sean’s team added additional layers of information (like genetic differences) to the basic protein structure and made it accessible in a fast, easy-to-use interface that’s visualised in a fully 3D environment.

“We’ve added protein sequences that don’t yet have a structure, but are similar to something in the Protein Data Bank,” says Sean.

“That meant we first had to find all these similarities. We took over 500,000 protein sequences and compared every one of them with the 100,000 known protein structures, and that has given us around 46 million computer models. 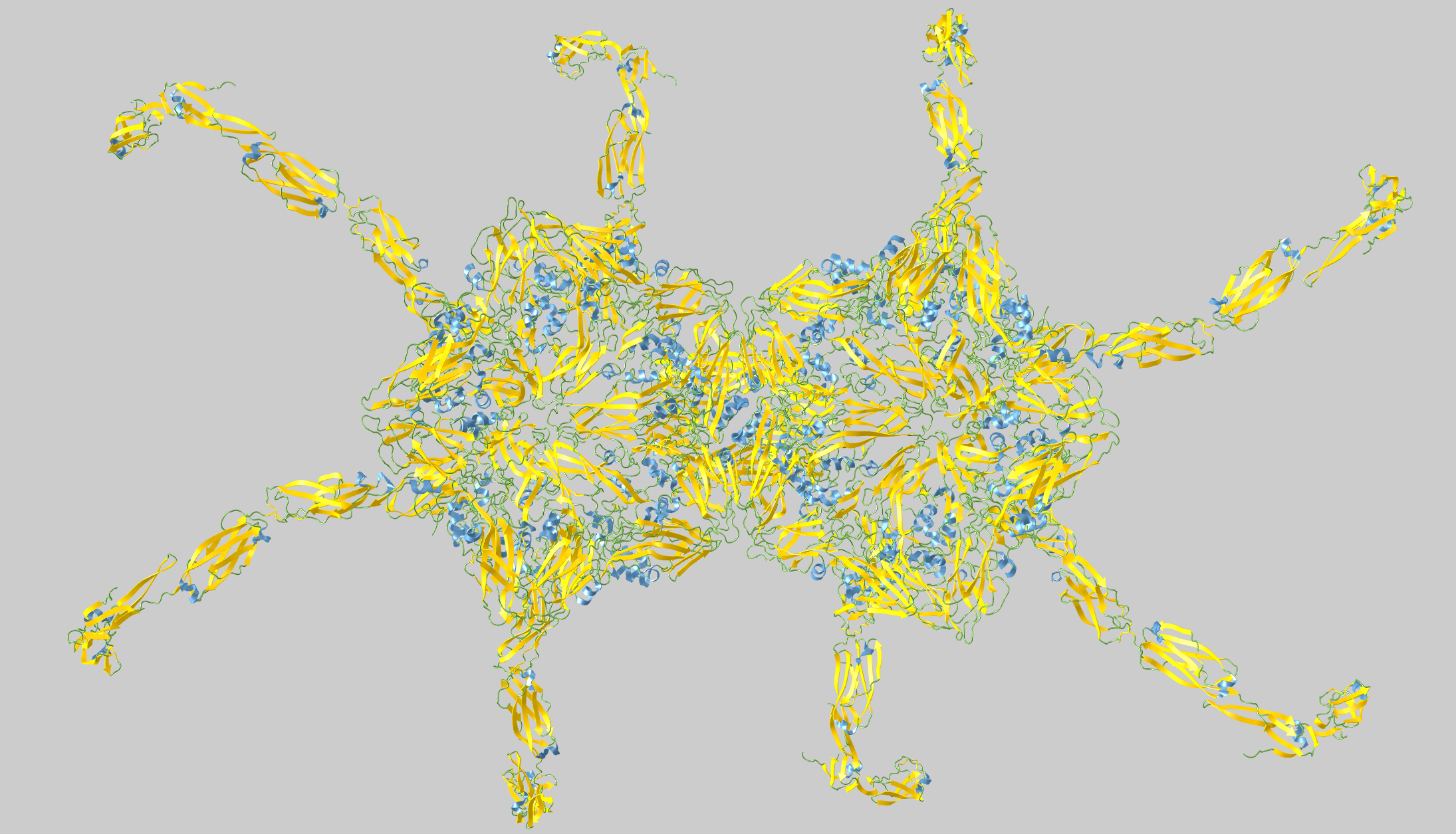 This image shows an example of one of the many spectacular molecular structures that science has determined at atomic resolution. This is the Aquaria view of Intercellular Adhesion Molecule 1, a protein that occurs on the surface of endothelial and immune system cells.

“For example, you can add Single Nucleotide Polymorphisms (SNPs) that cause protein changes, then visualise exactly where those changes occur in the protein structure. This provides valuable insight into why proteins sometimes completely change their function as a result of one small change in the DNA code.

“You can then ask interesting questions like ‘Does this set of SNPs cluster in 3D?’ and the answers to such questions can set new research directions.”

Aquaria was developed in collaboration with Dr Andrea Schafferhans from the Technical University of Munich, and is hosted with support of a grant from Amazon Web Services.

To learn more about Aquaria, you can take part in a special webinar scheduled for 9am Tuesday, 3 February (AEDST).

Previous post:
Protecting our privacy parts in the online identity crisis
Coming up next:
The Hungry Microbiome Part 3: Gut Microbiome