Plants absorb more CO2 than we thought, but …

Plants absorb more CO2 than we thought, but … 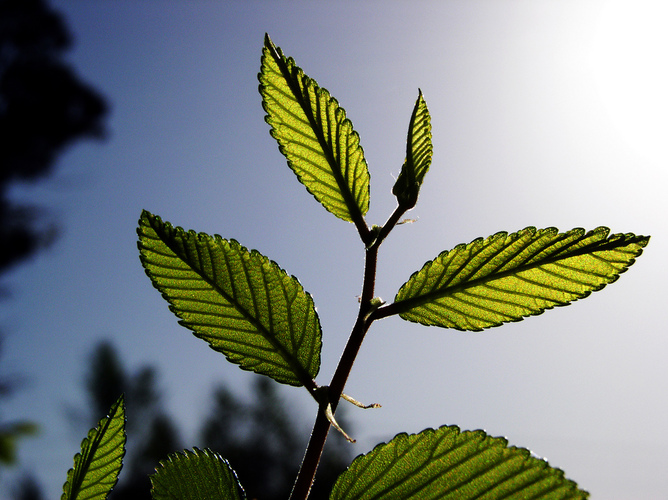 Image of leaves under a sunny sky

Through burning fossil fuels, humans are rapidly driving up levels of carbon dioxide in the atmosphere, which in turn is raising global temperatures.

But not all the CO2 released from burning coal, oil and gas stays in the air. Currently, about 25% of the carbon emissions produced by human activity are absorbed by plants, and another similar amount ends up in the ocean.

To know how much more fossils fuels we can burn while avoiding dangerous levels of climate change, we need to know how these “carbon sinks” might change in the future. A new study led by Dr. Sun and colleagues published today in PNAS shows the land could take up slightly more carbon than we thought.

But it doesn’t change in any significant way how quickly we must decrease carbon emissions to avoid dangerous climate change.

The new study estimates that over the past 110 years some climate models over-predicted the amount of CO2 that remains in the atmosphere, by about 16%.

But models, which are used to understand the causes of change and explore the future, often don’t match perfectly the observations. In this new study, the authors may have come up with a reason that explains why some models overestimate CO2 in the atmosphere.

Looking to the leaves

Plants absorb carbon dioxide from the air, combine it with water and light, and make carbohydrates — the process known as photosynthesis.

It is well established that as CO2 in the atmosphere increases, the rate of photosynthesis increases. This is known as the CO2 fertilisation effect.

But the new study shows that models may not have quite right the way they simulate photosynthesis. The reasons comes down to how CO2 moves around inside a plant’s leaf.

Models use the CO2 concentration inside a plant’s leaf cells, in the so called sub-stomatal cavity, to drive the sensitivity of photosynthesis to increasing amounts of CO2. But this isn’t quite correct.

The new study shows that CO2 concentrations are actually lower inside a plant’s chloroplasts — the tiny chambers of a plant cell where photosynthesis actually happens. This is because the CO2 has to go through an extra series of membranes to get into the chloroplasts.

Photosynthesis increases as CO2 concentrations increase but only up until a point. At some point more CO2 has no effect on photosynthesis, which stays the same. It becomes saturated.

But if concentrations inside a leaf are lower, this saturation point is delayed, and growth in photosynthesis is higher, which means more CO2 is absorbed by the plant.

The new study shows that when accounting for the issue of CO2 diffusivity in the leaf, the 16% difference between modelled CO2 in the atmosphere and the real observations disappear.

It is a great, neat piece of science, which connects the intricacies of leaf level structure to the functioning of the Earth system. We will need to reexamen they way we model photosynthesis in climate models and whether a better way exists in light of the new findings.

Does this change how much CO2 the land absorbs?

If the land sink does a better job, it means that for a given climate stabilisation, we would have to do a little bit less carbon mitigation.

But photosynthesis is a long, long way before a true carbon sink is created, one that actually stores carbon for a long time.

About 50% of all CO2 taken in by photosynthesis goes back to the atmosphere soon after through plant respiration.

Of what remains, more than 90% also returns back to the atmosphere through microbial decomposition in the soils and disturbances such as fire over the following months to years — what stays, is the land sink.

Good news, but not time for complacency

The study is a rare and welcome piece of possible good news, but it needs to be placed in context.

The land sink has very large uncertainties, they have been well quantified, and the reasons are multiple.

The reasons are multiple and include limited information on how the thawing of permafrost will effect large carbon reservoirs, how the lack of nutrients could limit the further expansion of the land sink, and how fire regimes might change under a warmer world.

These uncertainties put together are many times bigger than the possible effect of the leaf CO2 diffusion. The bottom line is that humans continue to be in full control of what’s happening to the climate system over the coming centuries, and what we do with greenhouse emissions will largely determine its trajectory.