Pilbara shows how to save the most species per dollar

Pilbara shows how to save the most species per dollar 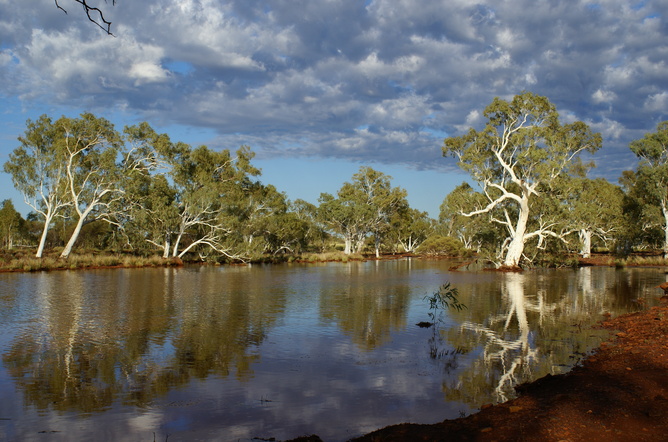 Across northern Australia, small native mammals are disappearing at an alarming rate, and other animals and plants are also in decline. One major problem is finding the best way to use funds to manage threats to disappearing plants and animals. In the Pilbara region of Western Australia, 15% of the original mammal species have already disappeared, and more species stand to go if growing threats are left unchecked.

But our recent work in the Pilbara shows that this doesn’t have to be the case. All of the region’s most threatened species could be given a good chance of survival for less than A$5 million a year, largely through investing in management of key threats across the region, such as introduced species and changed fire regimes.

Our approach can be applied to other regions, plants and animals, and suggests that with good decision-making it will be possible to save species without breaking the bank.

Not just desert and mining

The Pilbara is roughly the size of Spain and generates 6% of Australia’s gross domestic product through mining. Since 2001, the region’s population has grown 70% to almost 50,000.

Altogether, the Pilbara is home to at least 4,000 species of plants and animals – many of which, especially reptiles, plants and invertebrates, are found nowhere else on earth. As many as 160 species that occur in the Pilbara, including marine and migratory species, are listed on Australia’s Environmental Protection and Biodiversity Conservation Act. 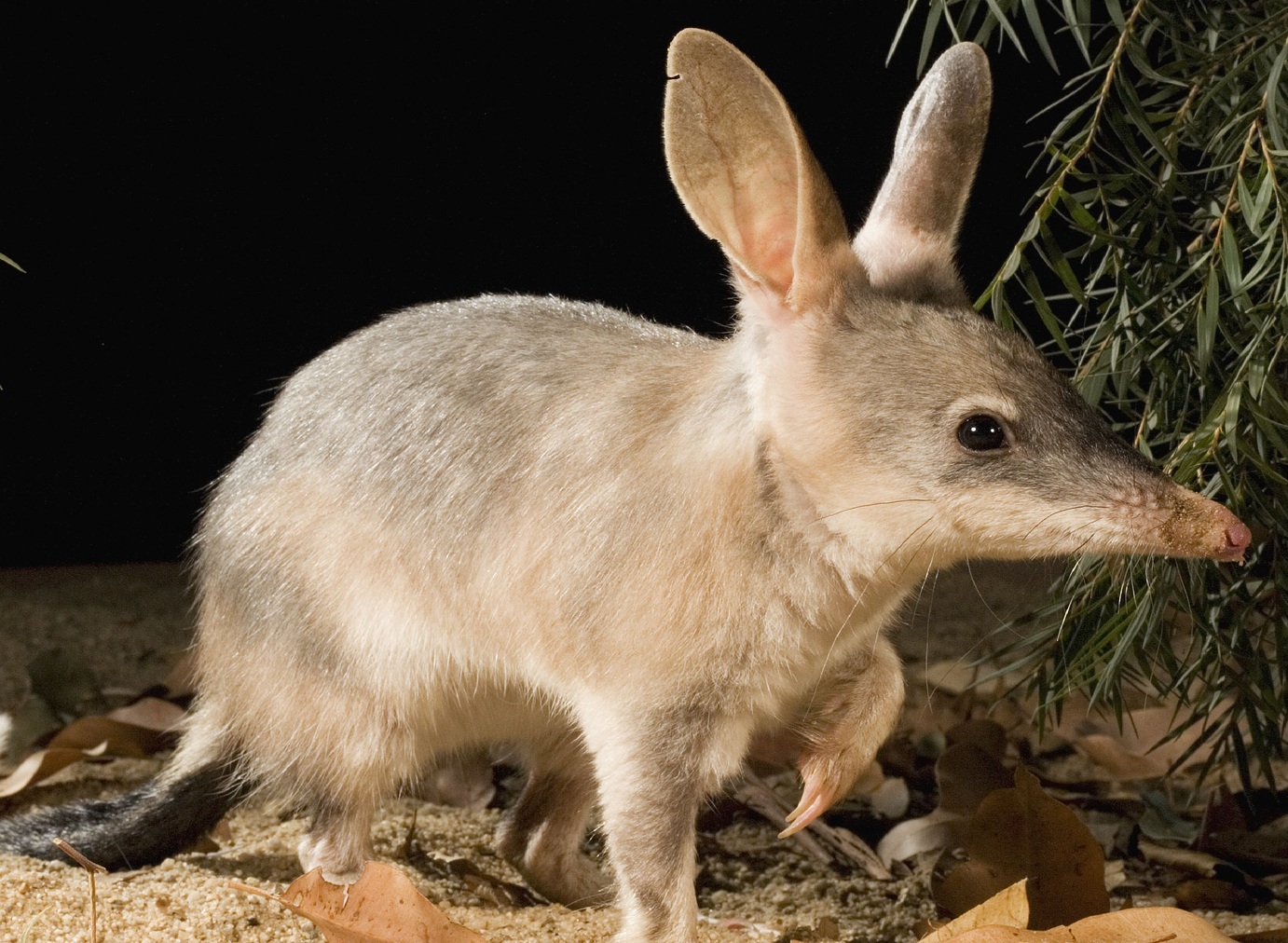 The regular discovery of new species in the Pilbara suggests that there is still a lot we don’t know about the region’s plants and animals. For example, 12 new Acacia species were described in 2008, two new gecko species discovered in 2012, and the number of species of stygofauna has increased from about 40 species known in 2002 to over 350 species in 2012, with experts estimating that this might only be half of the total number that are actually present.

Altogether, this unique suite of species is under threat, mostly due to changed fire regimes, invasion, predation and competition from pests and weeds, and infrastructure development and clearing associated with the mining and pastoral industries.

We worked with dozens of experts in ecology and management of the Pilbara to look at 53 of region’s most threatened species, which can be thought of as “conservation significant species”. The experts estimated that 13 (or 25%) of these species are likely to be functionally extinct in the Pilbara within 20 years without management intervention. This means they have less than a 50% chance of persisting there in the medium-to-long term.

The species most at risk include high-profile mammals such as the greater bilby and spectacled hare-wallaby, and plants found only in the Pilbara, such as the De Grey saltbush and Muccan fuchsia. 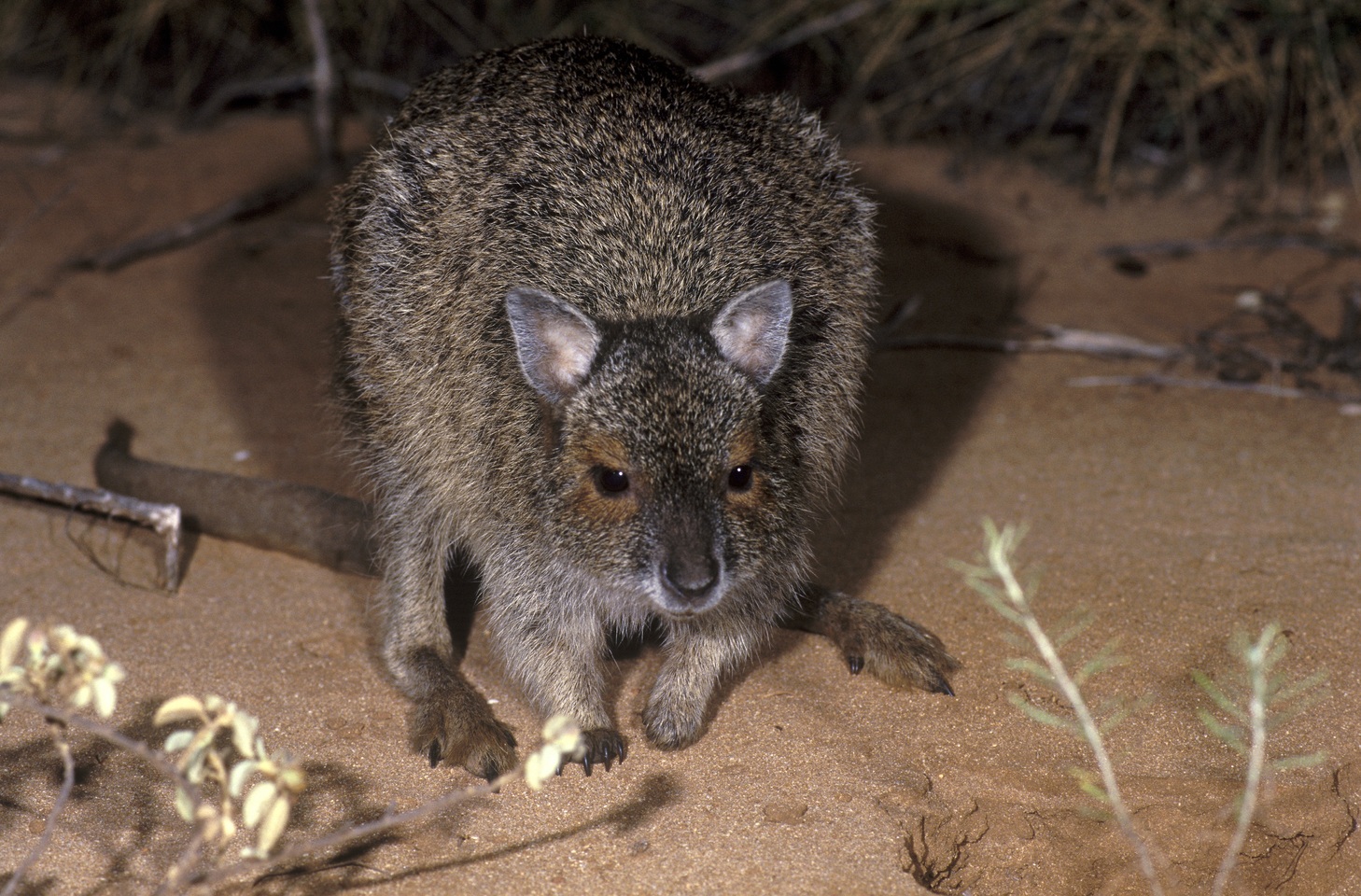 Saving species, at the least cost

There are lots of approaches to try and find out the “best” ways to conserve threatened species. For many species in the Pilbara and elsewhere, scientists and conservation managers do have a good idea about what is required to reduce major threats.

But one piece of the puzzle is often missing — cost. How do we know how much saving a species will cost, what are we likely to get for our money if we invest in a set of threat management strategies, and if we don’t have funds to invest in all of the strategies, which should we choose?

One way of getting the answers is through cost-effectiveness analysis, which simply involves comparing the benefit to cost ratio of alternative options, where the benefit is measured in something other than dollar terms.

Let’s take managing introduced herbivores as an example of a conservation strategy. We defined “benefit” as how much better the chances were of species surviving if introduced herbivores were removed, compared with if they were not. For example, the estimated chances of survival for the endangered Night parrot in the Pilbara went from 15% without threat management, up to 45% if feral ungulates were managed. To figure out the total benefit of managing feral ungulates, we add up all the individual species benefits.

We looked at 17 different conservation strategies, including managing fire, grazing and introduced predators. We also looked at the cost of each strategy and how likely it is that it would work. Ecological experts then estimated the improvements in species survival for each species by each strategy. 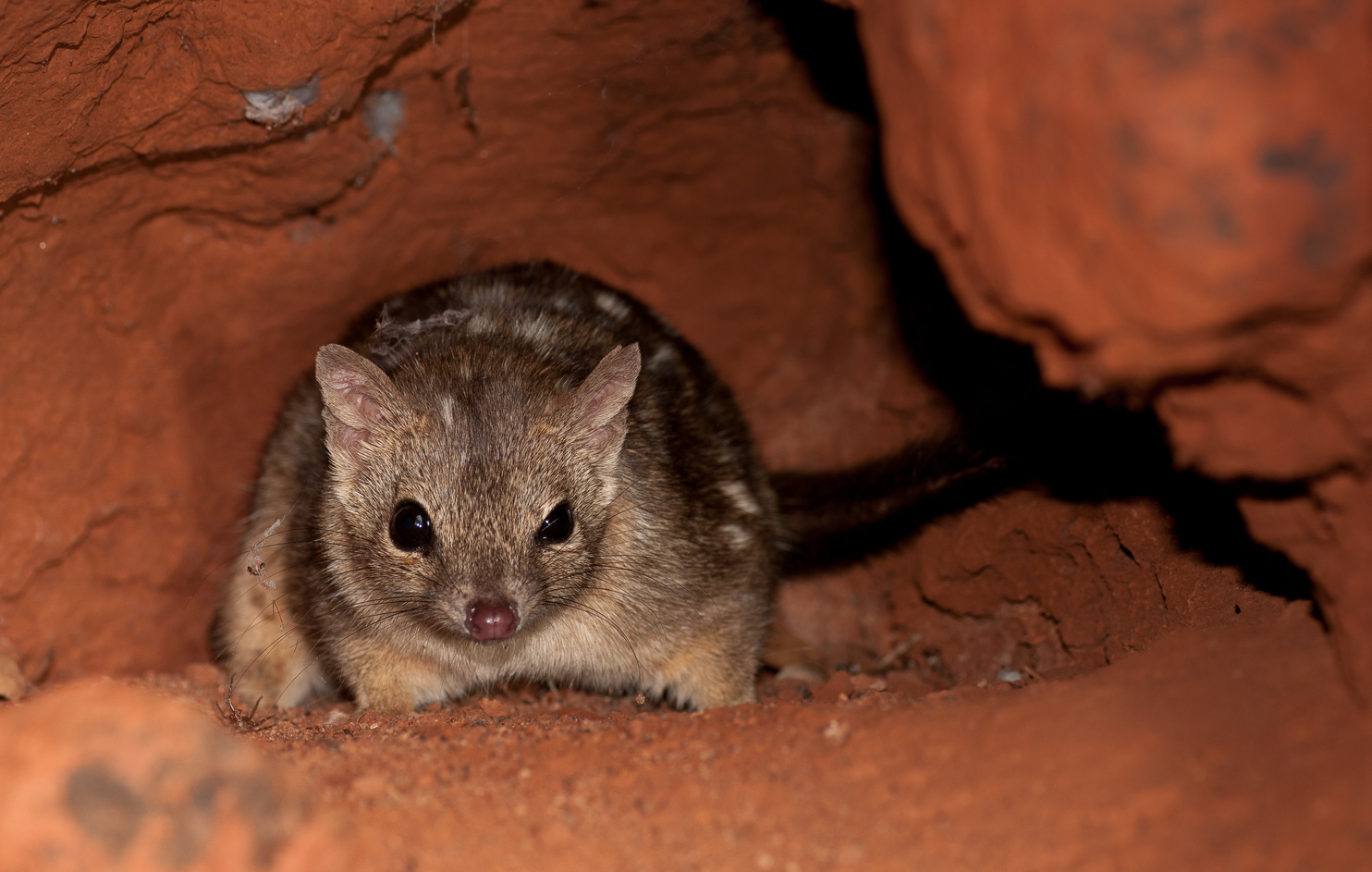 First, we found that managing feral ungulates such as pigs, donkeys, camels and unmanaged cattle was the most effective conservation strategy — it offered the greatest impact on species survival for each dollar spent. This was followed by creating predator-proof sanctuaries, and managing feral cats. Each of these top-ranking strategies costs under $1 million each year.

The total cost of implementing all 17 strategies for 20 years was A$348 million, or A$17.5 million each year. But assuming we wouldn’t have all this money, we found that we could give all of the “conservation-significant” species at least a 50% chance of survival by funding domestic herbivore management, fire management, and establishing predator-proof sanctuaries (including island translocations).

The total cost of doing this over the next 20 years would be A$95.2 million, or A$4.76 million each year. So that’s about two species likely to be saved for each million dollars spent, although some extra funds would be needed for things like information sharing and monitoring. 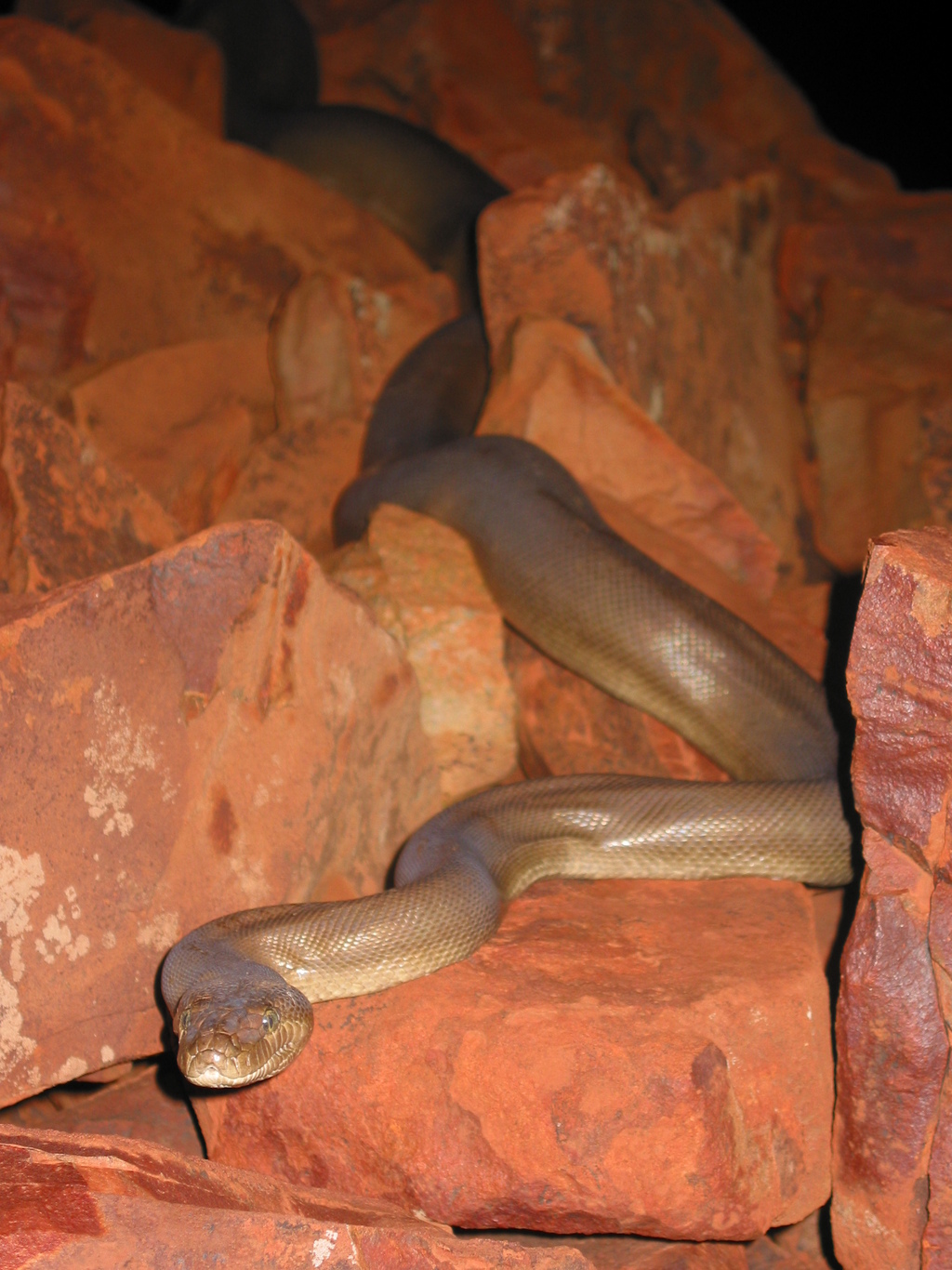 If we want to be more certain about saving species, we could provide most species with a 75% chance of survival for an extra $4 million annually – making that a total of $9 million each year. This means that it costs a bit extra to have a more certain outcome of saving species.

But benefits don’t stop just at saving species. The recommended management actions have other benefits because they involve broader improvements to the Pilbara’s natural systems and peoples livelihoods. These benefits include job creation; improved carbon sequestration, soil health, water quality, and drought tolerance; and improved resilience to changes in climate and other threatening processes.

The expansion of cities, towns, and industries continues to encroach on native plants, animals and the ecosystems they live in. More than ever, the conservation of native plants and animals can only be achieved alongside development that is considered important for society.

Until now, there has been no region-wide assessment for helping decision-makers choose what to do to get the biggest bang for our conservation buck in the Pilbara – or anywhere else in Australia except the Kimberley.

While rapid development in regions like the Pilbara poses significant threats to native plants and animals, it also provides impetus and potentially the resources to deliver an enduring outcome for biodiversity and sustainable development.

This collaborative CSIRO-led project was supported by Atlas Iron (financial support) and the WA Department of Parks and Wildlife (in kind support). The authors acknowledge the 49 expert participants for their valuable input.

Previous post:
RV Investigator’s electronics workshop
Coming up next:
CSIRO in Australia: looking to the future