Using sensitive radio telescopes, including our very own ‘Dish’ at Parkes, a team of international scientists have for the first time discovered a chiral molecule outside of our solar system. 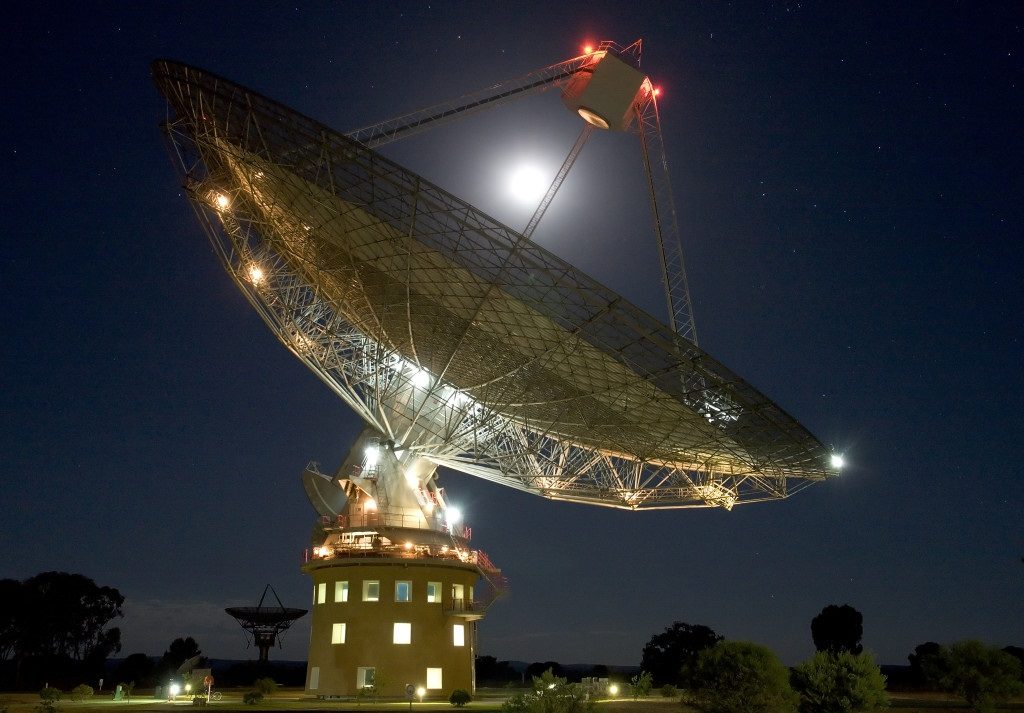 Have a look at your two hands. Even though they are mirror images of each other, they don’t exactly match (try putting a left-handed glove on your right hand). Similarly, certain molecules come in seemingly identical pairs, although they cannot be superimposed onto each other. It’s a chemical property known as chirality.

Using sensitive radio telescopes, including our very own ‘Dish’ at Parkes, a team of international scientists have for the first time discovered a chiral molecule outside of our solar system.

Still listening? Good, this next bit is important.

So what and who cares?

Although laboratory experiments will tend to produce equal quantities of the left and right-handed versions of a given chiral molecule, life on earth is made up of groups of chiral molecules that share just one handedness. For example, the amino acids that make up proteins only exist in the left-handed form, while the sugars found in DNA are exclusively right-handed.

This bias towards one type of ‘handedness’, known as homochirality, is one of the deepest and longest standing unsolved mysteries in biology. Scientists believe that processes taking place in outer space, not here on Earth, hold the key to unlocking this mystery. Which is why discovering a ‘handed’ molecule outside of our solar system is such a coup. 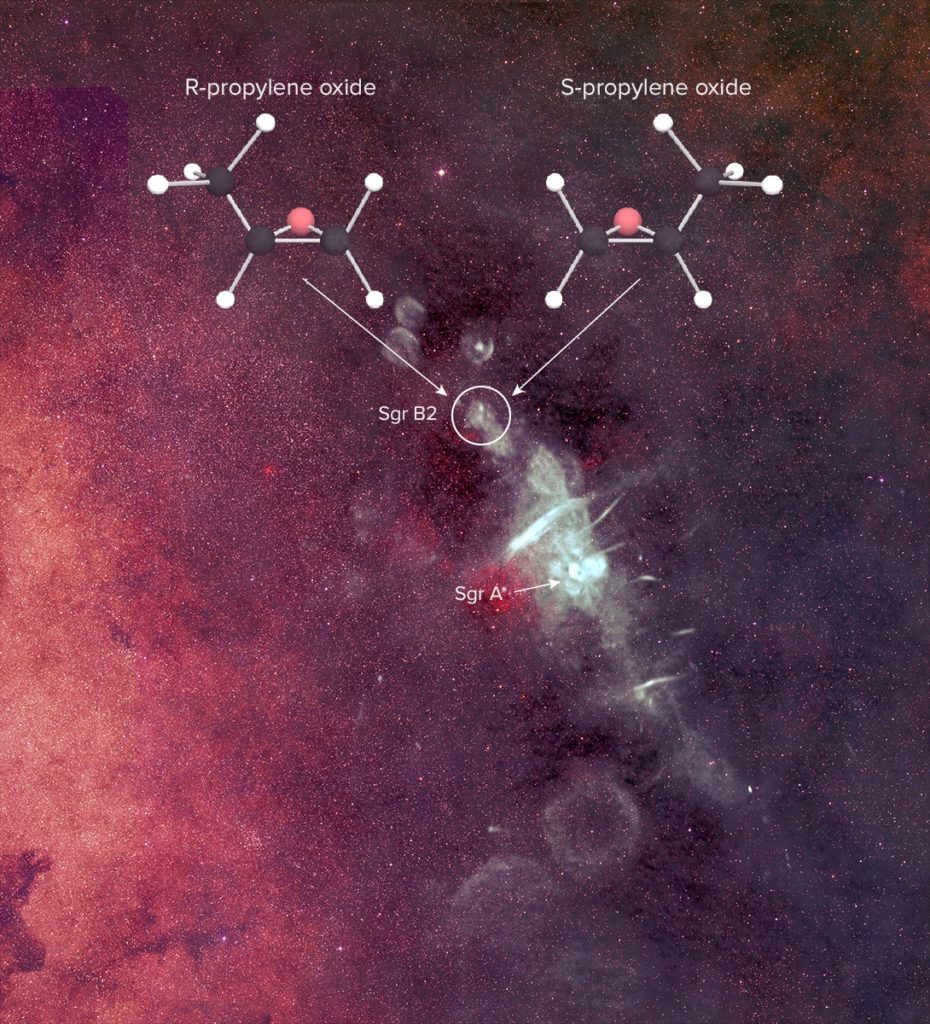 “The phenomenon of homochirality has exerted a powerful appeal over the scientists for many years now, as they believe solving the riddle can go a long way towards determining the origin of life on Earth,” said Dr John Reynolds Director of our Astronomy and Space Science Operations.

“We believe that the answer lies in deep space, which is why the discovery of an interstellar chiral molecule is so exciting.”

Scientists from the US National Radio Astronomy Observatory and the California Institute of Technology made the discovery by aiming two radio telescopes- the Dish at Parkes and the Green Bank Telescope in West Virginia- near the centre of our Milky Way galaxy at an interstellar cloud, Sagittarius B2, a cool 26,000 light years away (basically next door in cosmic terms). The radio waves they detected bore the fingerprints of a chiral molecule, propylene oxide, which is a common compound used in making plastic, and now the most complex molecule yet found in space

They found it – hooray! We can all pack up and go home, right? Not quite.

Now, the fun is just beginning. With a task somewhat mimicking the role of political pollsters, the next job for the scientists is to figure out if the molecules they’ve detected are mostly lefties, or righties.

It might take a little while for the scientists to figure all this out, so in the meantime you can check out our website to find out more about the Dish at Parkes, including how you can pay it a visit here.

Previous post:
Boosting electric car battery performance with a salt bath
Coming up next:
Cool in the sun: breakthrough in solar air-con efficiency