At CSIRO, we’re part of a mission. But it’s not just any old mission. It’s a quest to hunt down elusive gravitational waves that may pinpoint the moment in time when a black hole is born.

The concept of a ‘black hole’ is one of the most curious in astrophysics. It’s a region of space-time where nothing, not even light, can escape. While there are countless studies that support the existence of this phenomenon, when it comes to actually proving black holes are real, all of the evidence is indirect.

A simulated Black Hole of ten solar masses as seen from a distance of 600km with the Milky Way in the background. Ute Kraus/Wikimedia

Black holes are one of the more spectacular predictions of Einstein’s General Theory of Relativity.  Another is that space-time can be made to ripple, like the surface of a pond, when an event such as the birth of a black hole occurs.  But the effects of such ripples – known as gravitational waves – are so tiny they have not yet been detected.

Leading the charge for gravitational wave detection is the Advanced Laser Interferometry Gravity-wave Observatory (LIGO) in the United States. LIGO has just installed a series of new ultra-high-performance mirrors that have been coated by our Precision Optics lab based in Sydney.

Because gravitational waves influence the movement of light photons as they bounce up and down between the coated optical mirrors, this new technology will give us our best chance yet of establishing the existence of black holes and other cosmic phenomena.

While LIGO has the potential to take us a big step forward in recording gravitational waves, many challenges are still to be tackled. Its detectors are incredibly delicate and difficult to operate continuously at optimum performance. At the same time they are producing massive amounts of data that must be sifted for very tiny signals. 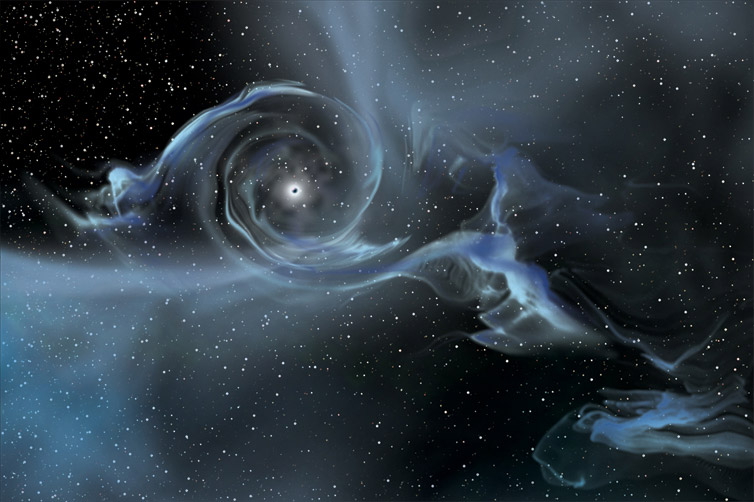 The good news is that Australia is poised to play a major role in tackling these challenges. It was announced this week that a home-grown project  will create new facilities to support LIGO in Australia.  These include a new detector test bed (built in a partnership between the universities of Western Australia, Adelaide, the Australian National University and CSIRO’s Precision Optics lab) as well as a major upgrade to the iVEC supercomputer in WA that will allow Australian researchers to participate in the exciting hunt for cosmic signals.

It’s hoped that this boost in power will fast track the identification of gravitational waves, and in doing so help physicists solve one of space’s most confounding mysteries. Ultimately, this may give us a better understanding of the origins of this amazing Universe in which we live.

Read more about our work in high-precision optics for astronomy.