Oh the places you’ll go (with a career in science)!

Oh the places you’ll go (with a career in science)!

Like to see the world? Considering a STEM career? Why not combine the two? In the words of Dr Seuss: “Out there things can happen, and frequently do, to people as brainy and footsy as you”.

Like to see the world? Considering a STEM career? Why not combine the two? Image: Dr Seuss

Although STEM (Science, Technology, Engineering, and Maths) related skills are recognised as being essential for the jobs leading today’s global economy, to many the prospect of a STEM career may seem rather dull.

Well, here at Australia’s national science agency, STEM professionals abound… and we’re here to tell you, the work they do is far from boring! On the contrary, it’s cutting-edge cool. And, the geographical places a STEM career can take you are just as exciting.

Here are the stories of two of our scientists, and the places they went thanks to a STEM career.

You have brains in your head. You have feet in your shoes. You can steer yourself ANY direction you choose. 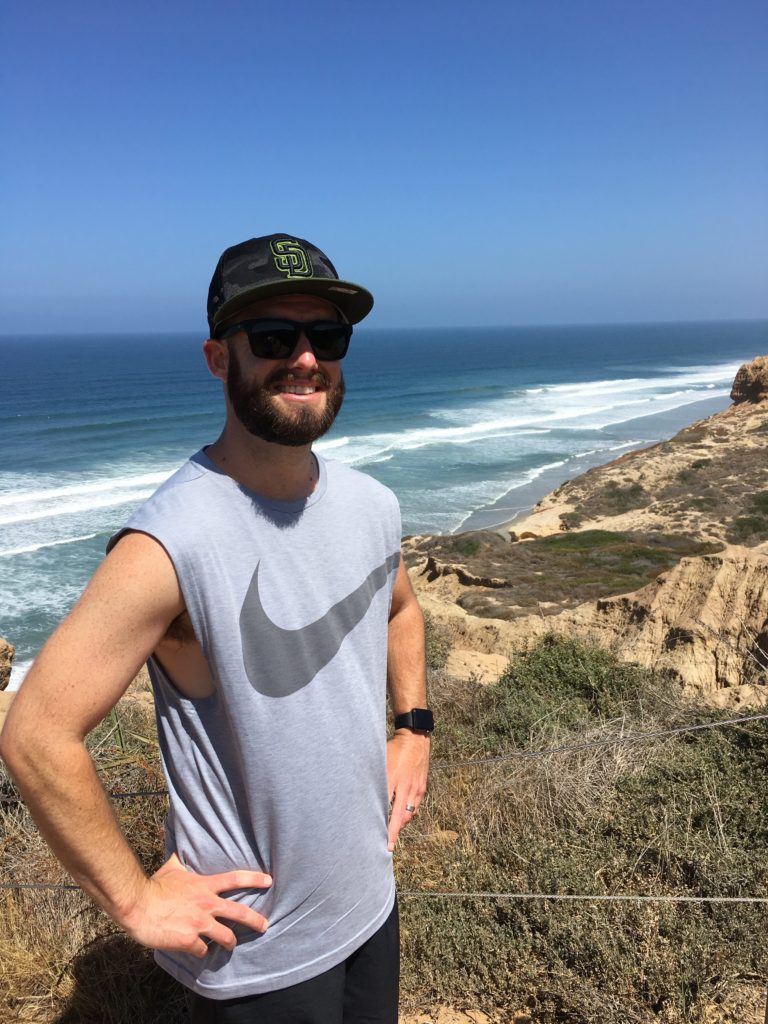 Dr Lee Hubble developed a curiosity in science from a fairly young age. He still remembers the excitement of getting his first chemistry kit from his parents around his 10th birthday, and eagerly setting off to work through each experiment one-by-one. However, ironically it was his love of basketball that really sent him down the science path. He grew up in a small country town in Western Australia, where his basketball coach doubled as his high school science teacher. Lee admired his teachings both on and off the court and his knowledge and passion for science had a lasting effect.

This interest, coupled with an analytical mindset, steered Lee towards a PhD in Chemistry with a Masters in Forensic Science, and eventually landed him a job researching the use of nanomaterial-based chemical sensors for point-of-need (on-the-spot) testing.

Working as a Senior Research Scientist in a Sydney-based Nanosensors and Systems Team, Lee develops chemical sensors for applications ranging from environmental monitoring and healthcare diagnostics. His work has provided exciting opportunities to collaborate with international teams, such as tuberculosis experts at CSIR-India in Chandigarh, India and Nanoengineers at The University of California, San Diego (UCSD) in the United States. As a Visiting Scholar, Lee worked with the UCSD team and their Center for Wearable Sensors in 2016 to develop a radical wearable chemical biosensor technology called lab-on-a-glove for the detection of chemical threats.

And will you succeed? Yes! You will indeed (98 ¾ percent guaranteed)

Lee’s scientific research efforts have earned him many awards, including our 2015 John Phillip Award and 2017 Research+ Julius Career Award, the most recent of which has funded a return visit to UCSD where he is currently working on developing next-generation wearable chemical sensors for the non-invasive analysis of biofluids for health and biomedical applications.

“You learn and grow in ways you couldn’t ever imagine and that is the exciting part!” Lee said. 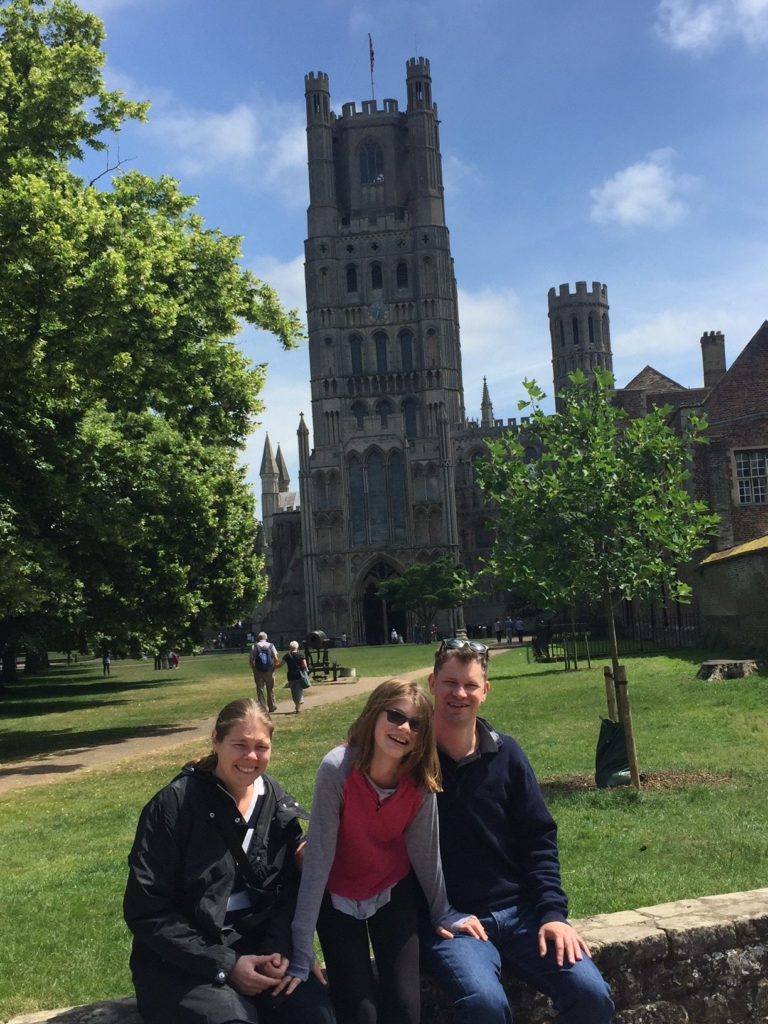 Family of mum, dad and daughter sit on wall surrounding park in front of old cathedral on sunny day

The Best family taking in the sights of historic Ely Cathedral outside of Cambridge, UK.

Dr Adam Best was always fascinated by engineering and science. But although he enjoyed these subjects at school, he had no firm plan for what a future career in the field might look like. Even after earning an A in one of his Year 12 Chemistry reports on Pb-acid batteries, little did Adam know his future would be working in batteries!

His curiosity led to a PhD in Materials Engineering and then a career as a battery specialist, where he now works on multi-million dollar projects developing next generation energy storage solutions.

Adam’s team is world-leading in developing electrolytes based on ionic liquids – a technology used for making the lithium batteries that power our laptops, mobile phones and electric vehicles safer and more efficient. The team is constantly developing better electrolytes to create more efficient lithium batteries. One day we might see their work in mobile phones that stay charged for weeks rather than days.

Recently Adam’s efforts were recognised with a Winston Churchill Memorial Trust (Australia) fellowship. The award has taken him to the Münster Electrochemical Energy Technology (MEET) lab at the University of Münster in Germany where he has worked with a team identifying interesting decomposition products of ionic liquid electrolytes.

Moving onto Cambridge University in the UK, Adam explored the Faraday Institute and the Faraday Challenge to understand how Australia can build a stronger battery research community and further develop a battery materials industry here.

Adam will be back in Australia shortly, but not before a quick stop off in Kyoto to attend The 19th International Meeting on Lithium Batteries (the Lithium battery Research Industries’ answer to the Olympics), where it was announced that, along with some of our fellow Australian battery specialist colleagues, we will host the 21st International Meeting on Lithium Batteries in Sydney, in 2022.

”I have been so fortunate to have a career in STEM – I have studied in Sweden as part of my PhD, undertook my post-doc in The Netherlands, had two sabbaticals in Stony Brook, New York State, USA, studied at Harvard Business School and a whole lot more. I have friends and collaborators all over Australia and across the globe. I work with amazing and talented people that help turn ideas into reality. And I am proud to say, I am part of a research community that is amazingly diverse and driving technological change in our society for a better energy and environmental future. Not many other careers can offer that!”

Congratulations! Today is your day! Your mountain is waiting. So… get on your way!

In keeping with the Dr Seuss theme, we thought you might appreciate the final paragraph of this story in rhyme:

With science, technology, engineering and math

A career in STEM sets you on a great path

You can live and work on an edge that is cutting

With security, skills and a salary – ka-ching!

Traveling abroad is a possible option

To meet up with colleagues and solve global problems

There’s something for everyone, in the field, in the lab

Soar to great heights with a career in STEM

Previous post:
Eureka Prizes Finalists: Backing our bright minds
Coming up next:
We just appointed our new Chief Scientist and she is one ‘super woman’