To better protect sea turtles, we are using ultrasound and tracking tags to detect where females go to nest, while also finding out what they get up to on the way. 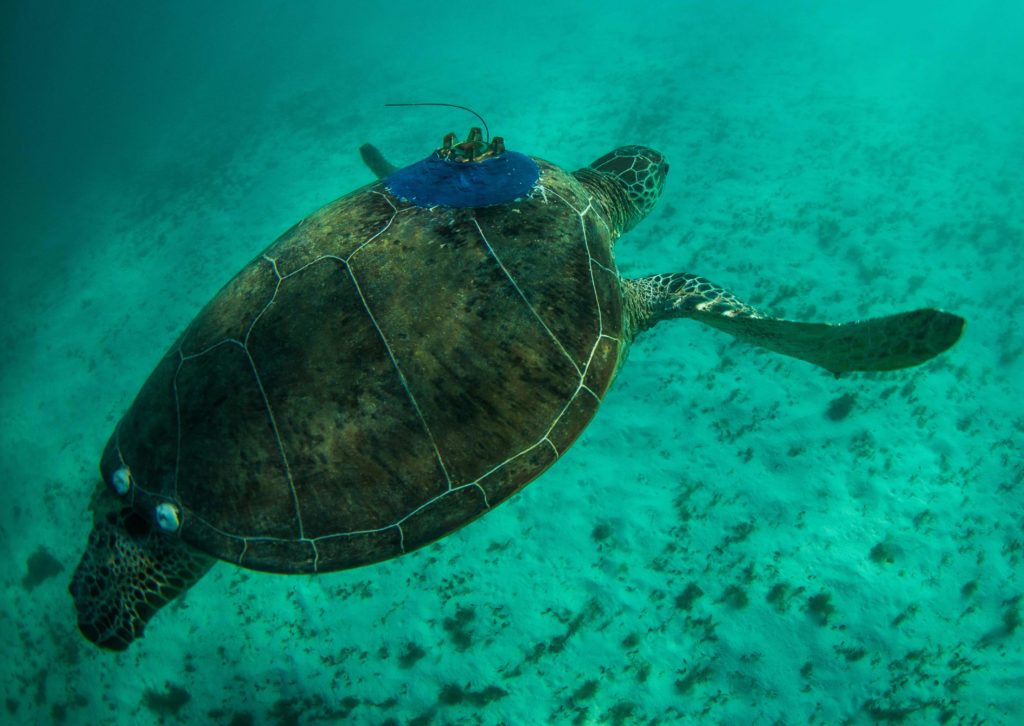 The sea turtles at Ningaloo Reef love to cruise the waters of this heritage-listed area in Western Australia to munch on green delights, like seagrass. But what happens if they leave their safe haven of the Reef, and where do they go? We are conducting research to better understand their behaviour, where they travel to, what they eat, and importantly, where they go to nest, to ensure their conservation.

We are using ultrasound technology to detect the sign of early life in female turtles. Ultrasounds shows us if the female has egg follicles (known as vitellogenic) and whether the female will soon lay eggs. We couple this with attaching a satellite tag to track where the turtle travels to so we gain insight into their behaviour, where nesting is taking place, and whether they’ll encounter any threats. The ultrasound technique was first used with success on a turtle called Wanda, a 115kg female, to detect the yolk-forming follicles that are half the size of a ping pong ball. Following her ultrasound and tagging, Wanda travelled more than 800km to the vicinity of LaGrange Bay, Western Australia, where she stayed for several months, likely laying several clutches of eggs. This is a novel outcome that, until now, has rarely achieved success when applied to any species of sea turtle before they go to nest. 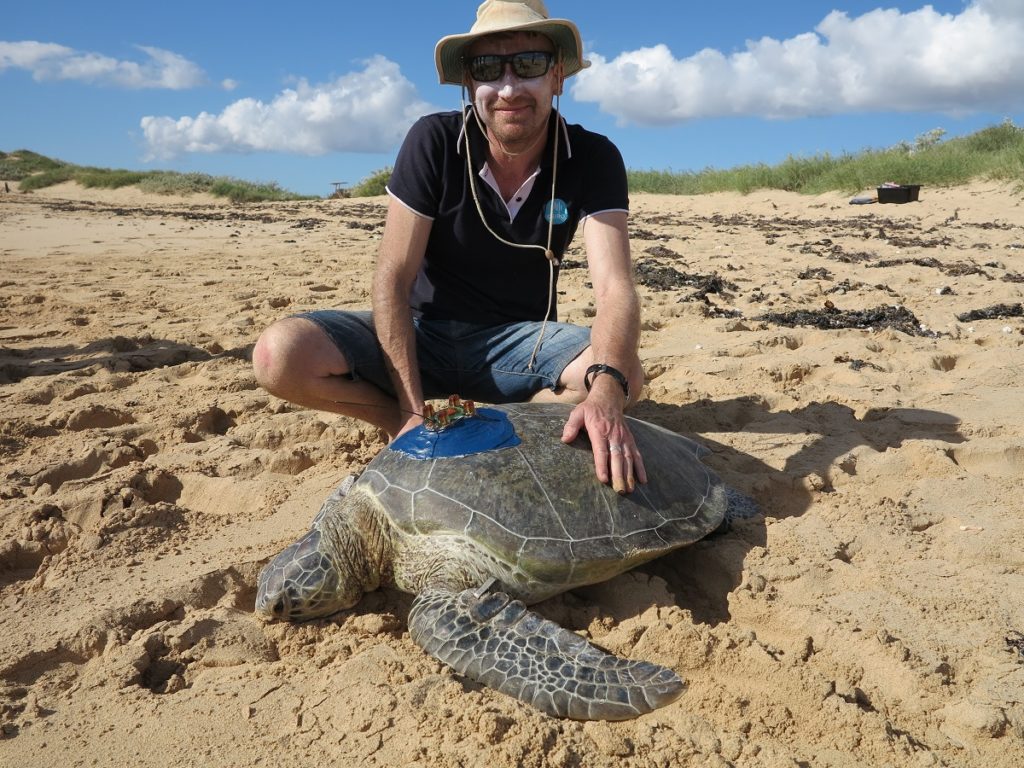 Dr Mat Vanderklift, one of our leading turtle experts, is serious about turtle conservation

Wanda is just one of more than 150 turtles that have been tagged at Ningaloo Reef since 2013 using either acoustic, satellite or flipper tags, as part of Ningaloo Outlook, a five-year, $5.4 million project with BHP. The tags have indicated a range of behaviour – some turtles have travelled over a thousand kilometres, with turtles popping up at Shark Bay and the Kimberley, while other turtles have stayed in one spot, such as Jeff, a male who only travelled away from his feeding grounds for one week, to mate. The tags last about a year and give us a bigger and better picture of the turtle’s movements over time and can build on our datasets to help future research.

It’s in the blood

While attaching tags to the turtles, we also collect samples and measurements, including blood to trace carbon, nitrogen and sulphur. This reveals what the turtles eat. We have discovered that juvenile turtles tend to eat more seagrass compared to the adults, who eat more macroalgae and jellyfish. Thankfully, Ningaloo Reef has very low levels of marine debris, so there is reduced risk to the turtles of swallowing plastic pollution in this area, unlike many other turtles across the world. By resampling tagged turtles, we can also collect data on their size and growth rate.

Local school students and conservation groups are getting a front row seat to this research by helping us tag and take measurements of the turtles. This provides an opportunity for the local community to deepen their understanding of Ningaloo Reef’s marine life, while spreading the word about how important the ecosystem is.

Play tag! Use our online tool to track the turtles we tag.