Nova shines over The Dish

Nova shines over The Dish 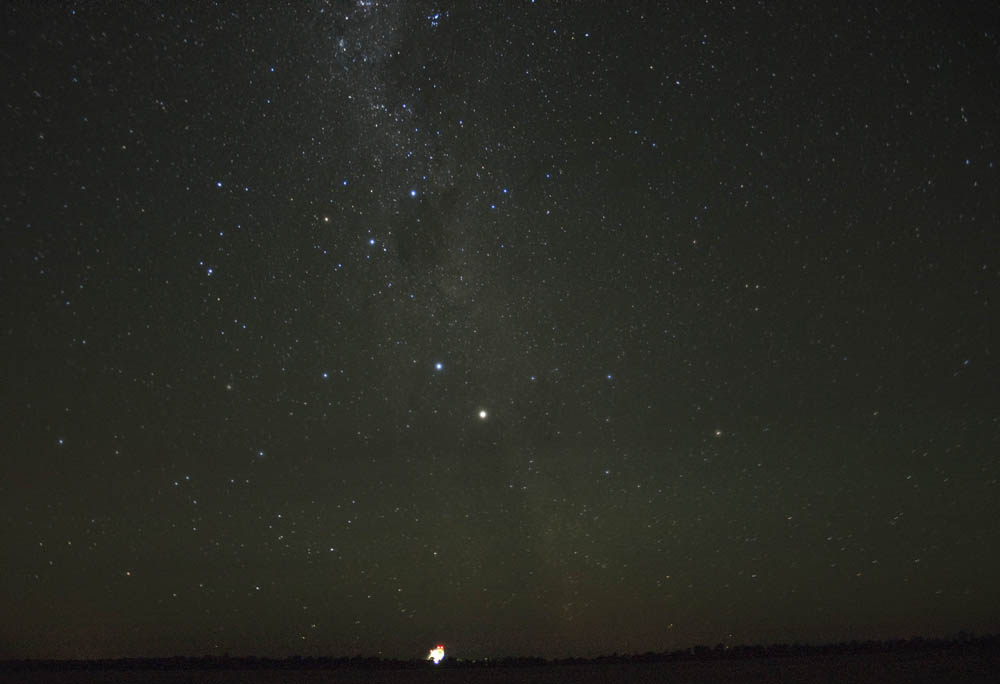 The skies above the Parkes Radio Telescope showing the nova in Centaurus. Photo: J.Sarkissian, CSIRO

Last week, amatuer astronomers reported the sighting of a ‘nova‘ near ‘The Pointers’ (not far from the Southern Cross). Nova Centaurus 2013 first appeared as a magnitude 5 star (visible in dark sky conditions to the naked eye) and has brightened to a reported 3.6 magnitude over the last few days.

Astronomer, John Sarkissian working at the CSIRO’s Parkes Radio Telescope took the opportunity to capture an image of the ‘nova’ in the skies above The Dish. John’s photos were all 30 second exposures at ISO 1600 taken between 2:00-3:30 AM (AEDT) on Sunday 8 December 2013. 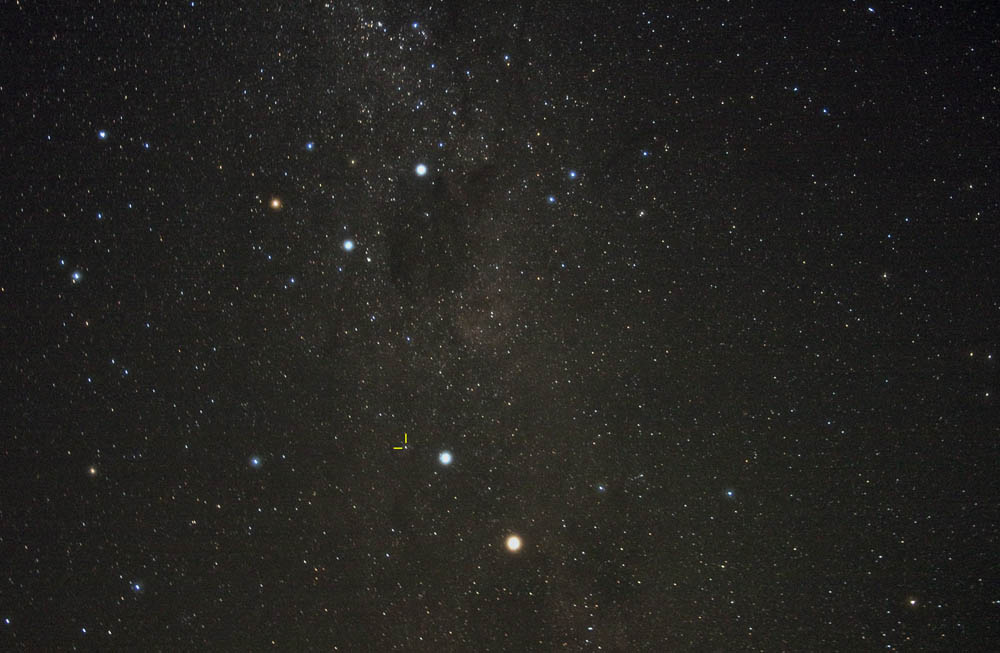 A ‘nova’ is not to be confused with a supernova which is the explosion of a dying star or sudden reignition of nuclear fusion on a degnerate star.

This animation from NASA/JPL-Caltech shows an artist’s concept of a stellar system featuring a white dwarf star and a companion star.  The white dwarf, the bright white object within the disk on the left, sucks matter from its more sedate companion star, on the right.  The stolen material forms a rotating disk of gas and dust around the white dwarf.  After a certain amount of material accumulates, the star erupts in a huge runaway hydrogen fusion eruption called a ‘nova’.

This process can happen many times in the stars life, so we may see Nova Centaurus 2013 brighten again, however don’t hold year breath as that could happen anytime from a few years to a few tens of thousands of years from now.

Previous post:
On your bike!
Coming up next:
Bridging the broadband gap