UPDATE: There is a suggestion the snake may in fact be a Western Brown. Experts are considering.

news@csiro was hoping to bring you some shots from Lake Mungo in western NSW of the lunar eclipse which happened across Australia on Saturday night. Alas, clouds and rain thwarted our expedition and we had to high-tail it out before muddy roads kept us there for a week or more (I  was OK with that but the boss may have had another view).

Anyway, we did manage to come across a King Brown snake cruising the sand dunes for a meal. King Brown was a bit narky at first with us being there but soon  settled down and continued on its way with us in tow. 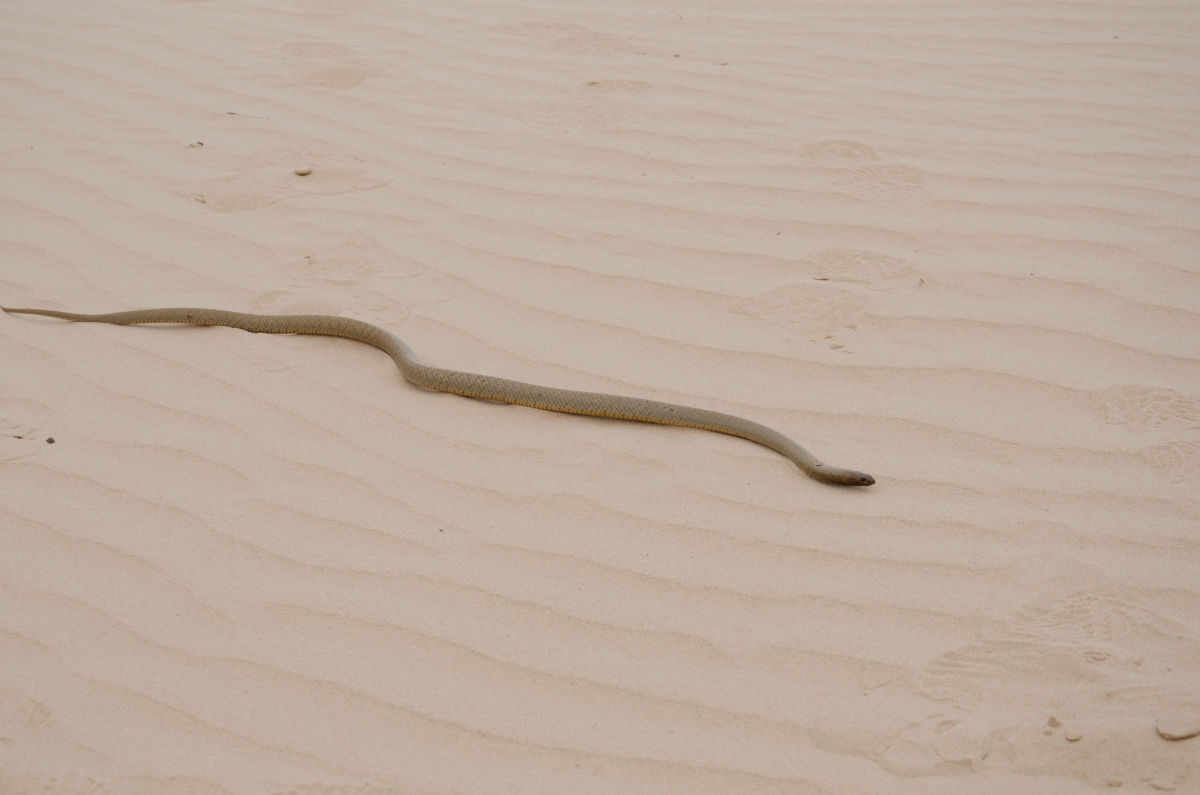 He/she (we didn’t get that close) came across a lizard and got a hold of it before we knew what was happening. 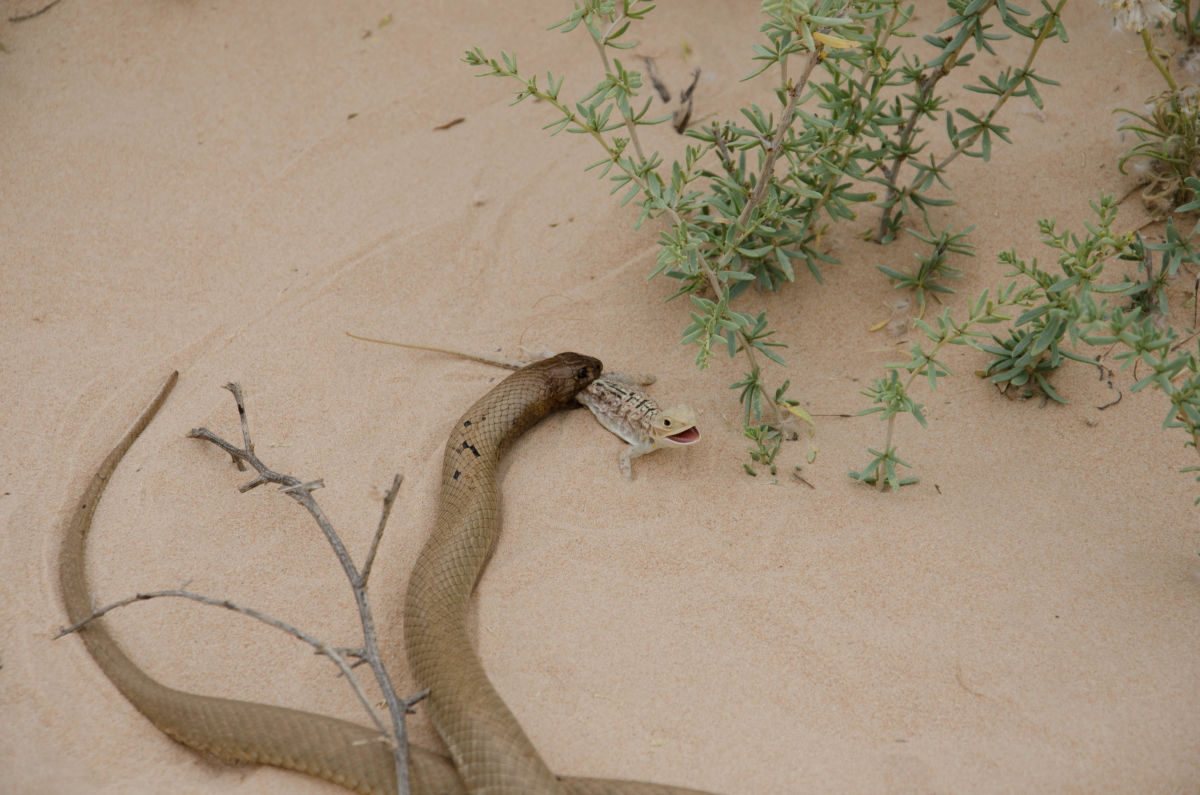 It took about a minute for the King Brown’s venom to work but within 30 seconds the lizard started to convulse and died. 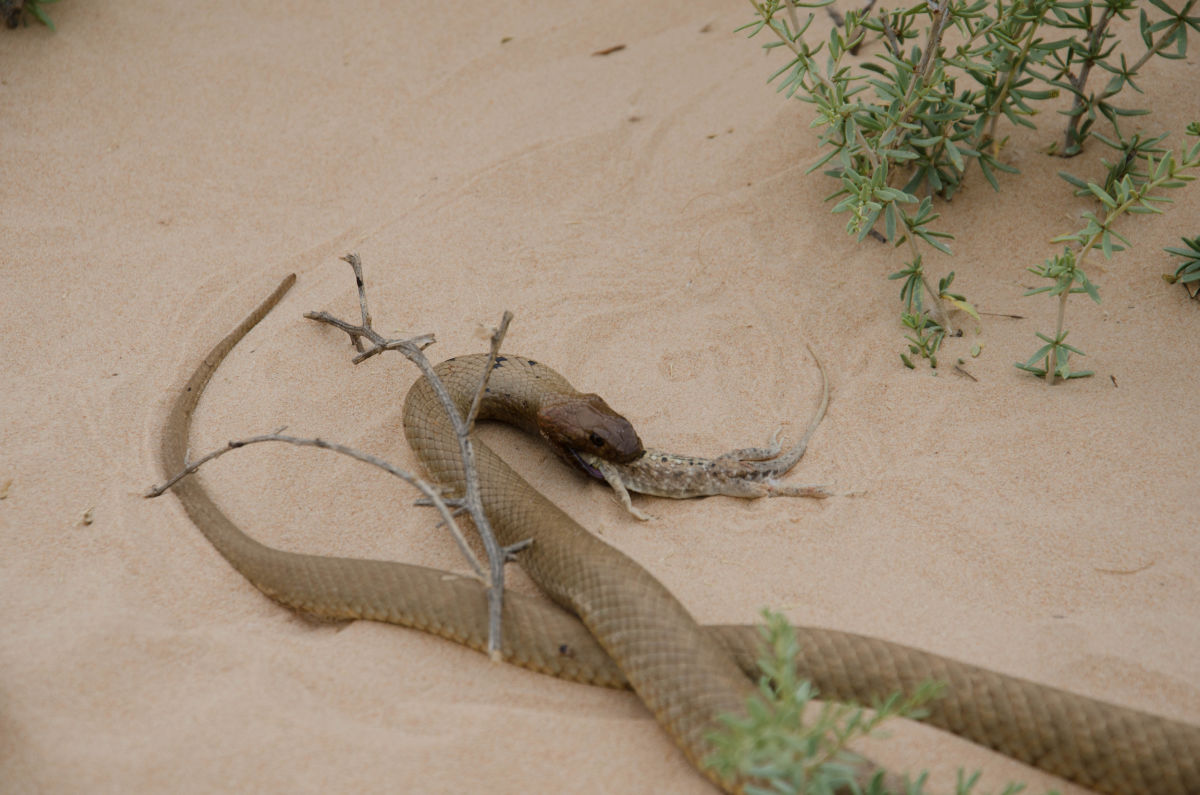 King Brown then worked his way up to the lizard’s head, pointed him in the right direction and had him tucked away in about 15 seconds more. 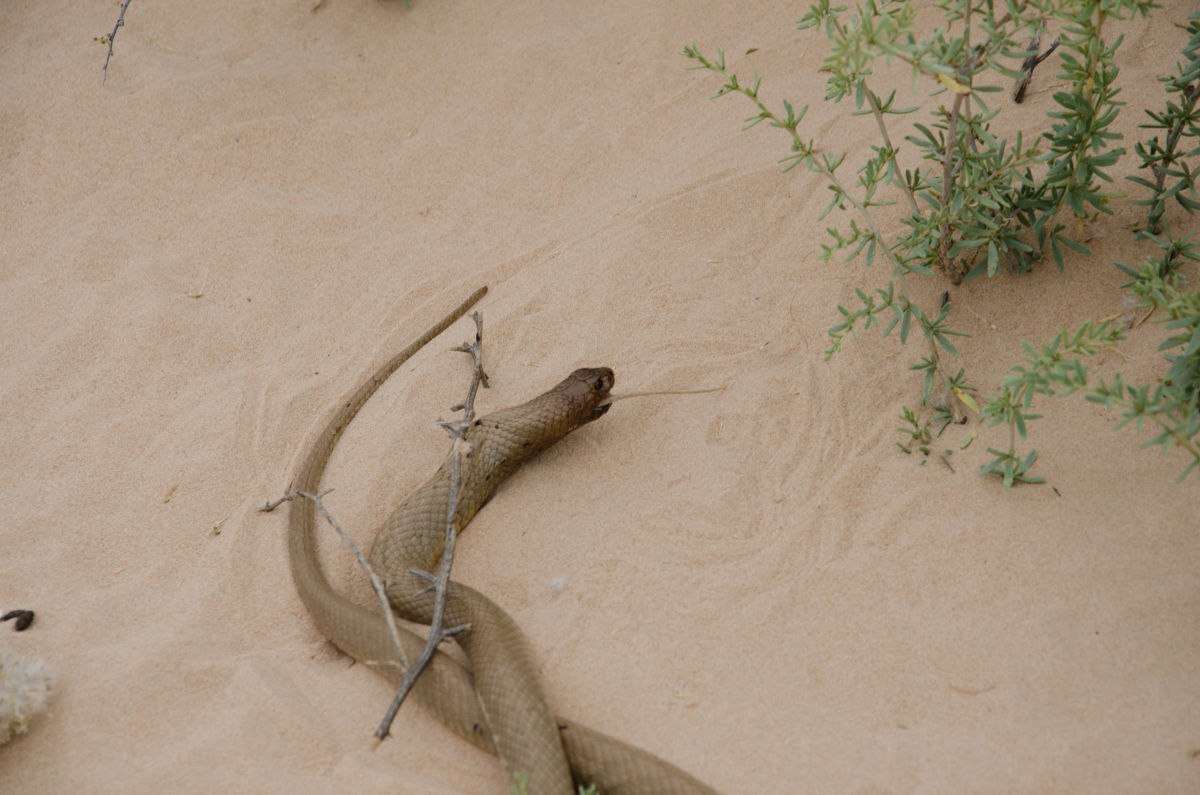 From go to whoa was about 3min.

Previous post:
Friday Fish Time
Coming up next:
Get poetic… and get rewarded