Alongside The University of Western Australia, we're undertaking deep-water fish surveys at Ningaloo Reef to deepen our understanding of the marine habitat and populations of fish living there. 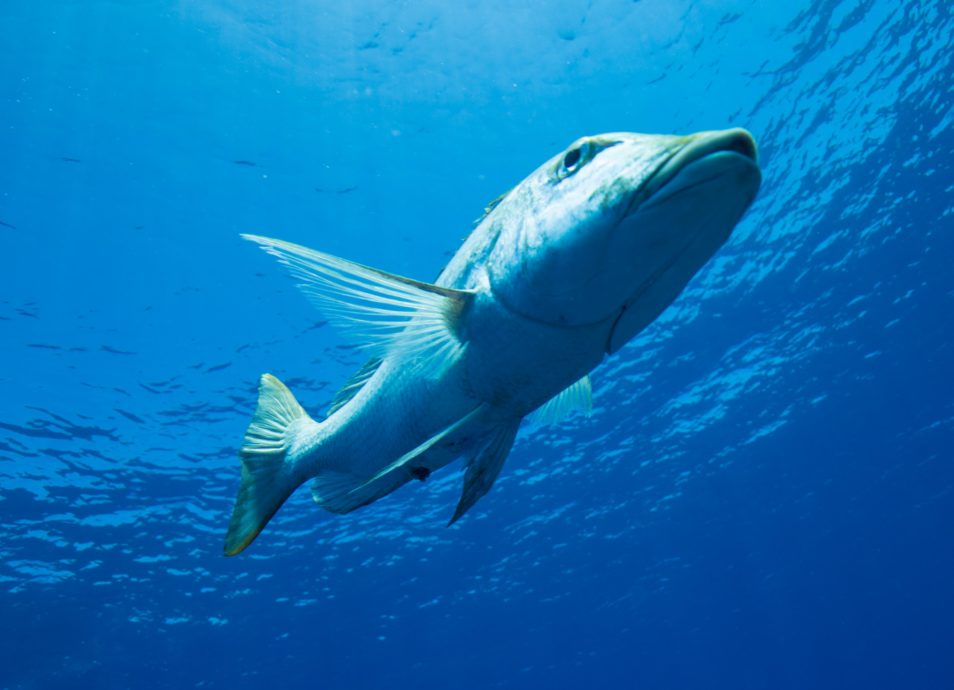 Lights. Camera. BRUV! We’re not in a Hollywood movie but at Ningaloo Reef, Western Australia. We are on the search for actors – of the fishy kind – to be stars of the science stage. Images of our protagonist fish will be captured on video using a Baited Remote Underwater stereo-Video (stereo-BRUVs) which uses food to attract fish to swim in-front of the camera system.

Using stereo-BRUVs, we are recording what types and sizes of fish live on the seabed at Ningaloo Reef. This will deepen our understanding of this World Heritage-listed marine area and the natural values of Ningaloo Marine Park. Ningaloo is one of 58 Australian Marine Parks that protect Australia’s offshore marine environment.

BRUV provides a gold-class seat for our scientists to see what’s happening on the seafloor and what marine life is hanging out there; without the scientists getting too wet themselves! 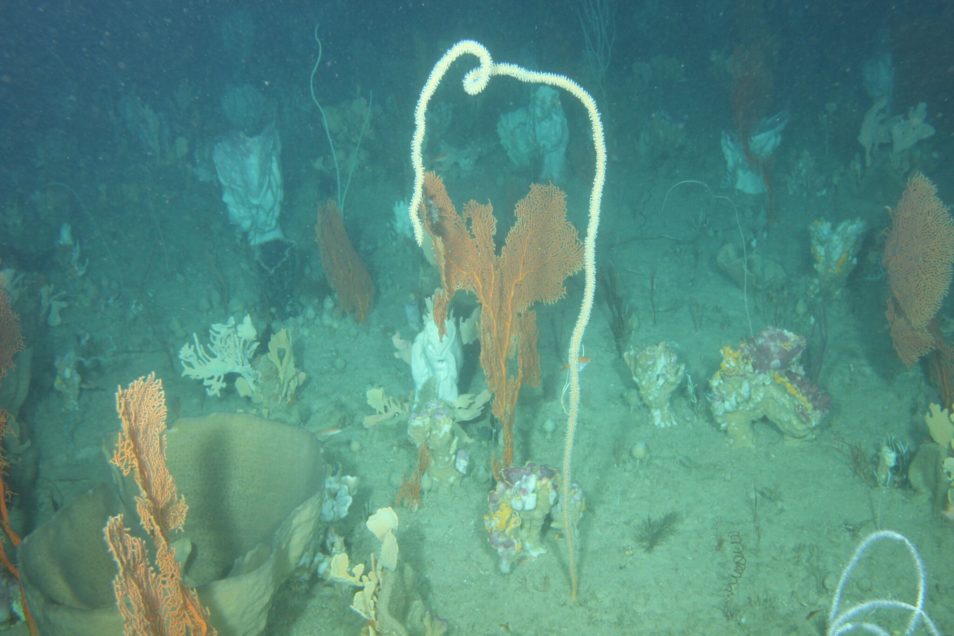 All in a day’s work: deep reefs and sponge gardens

Our researchers recently set out on a week-long research trip with The University of Western Australia (UWA). There, they deployed 200 stereo-BRUVs in the Ningaloo Marine Park. To understand which fish live along the almost 200 km of coast, from Coral Bay to the Muiron Islands. They also mapped the marine habitats along parts of the upper continental shelf and outer shelf areas. This will help us discover what lies beneath, from deep reefs to extensive sponge gardens.

The research aims to provide a benchmark survey of fish populations in the marine park’s newly established National Park Zone. National Park Zones offer the highest level of marine park protection – they’re great places to snorkel and dive but you’re not allowed to fish there or collect marine life.

Our research will help support the sustainable management of Ningaloo Marine Park. 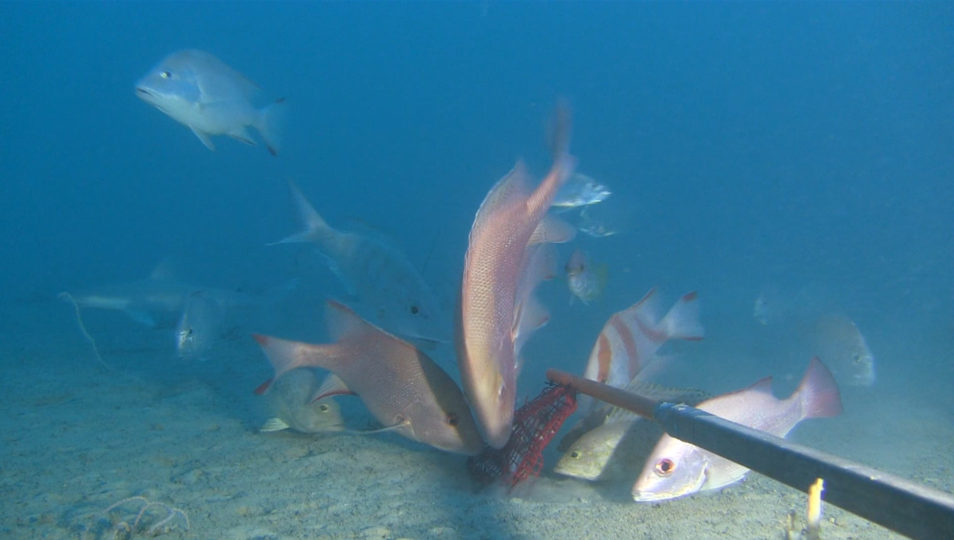 An image taken from stereo-BRUVs showing a number of fish species in the Ningaloo Marine Park. Credit: The University of Western Australia

Big data for a big reef

The data collected for this survey will expand on data collected in both marine parks since 2006. It also builds on our and UWA’s previous work funded by the West Australian Marine Science Institution and the Government of Western Australia through their Net Conservation Benefits program. Plus, other CSIRO research through Ningaloo Outlook, a partnership with BHP conducting research into Ningaloo’s shallow reefs, whale sharks and turtles.

This project is funded by the Australian Government’s National Environmental Science Program (NESP) Marine Biodiversity Hub. It will contribute to our understanding of the natural values of the offshore Ningaloo Marine Park (Commonwealth) and inform management of this important area.

Take a dive into footage from previous fish surveys conducted by The University of Western Australia.

Take a Ningaloo-k at our Ningaloo Reef research.