Nanosafety: we’re on the case

Nanosafety: we’re on the case

CSIRO is no longer conducting research about nanoparticles and sunscreen. Information presented here was current at time of publication and may be superseded by later advancements in scientific and technical research.

Nanoparticles — or nanomaterials, as they are often called — are chemical objects with dimensions in the range of 1-100 nanometres (nm).

Particles this tiny are hard to imagine, but it may help to think that a 1nm nanoparticle could fit up to 80,000 times across a human hair.

Nanoparticles occur naturally in the environment, such as in clay, milk, and in volcanic ash and sea spray.

Manufacturers also make nanoparticles for use in a range of everyday products.

Nanoparticles are intriguing to scientists because the properties of a chemical — such as silver or zinc oxide — in nano form can be very different to a larger particle of the same chemical.

This is because surface properties dominate in the nano form (due to higher surface area). It’s the internal composition that defines the properties of larger particles. This difference opens up a range of new uses for that chemical.

What are the benefits of nanomaterials? 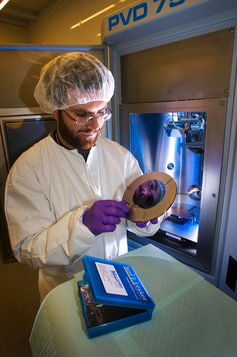 The prevalence of manufactured nanoparticles is increasing.

New developments have led to significant advances across a broad range of electronic, medical and environmental applications (among others).

Nanoparticles may be more conductive, stronger or more chemically reactive than larger particles of the same substance.

This means smaller amounts of the chemical in nano form can achieve the same effects, making a product cheaper – or the same quantities may be used to create an enhanced product.

What are the potential risks?

The same properties that make nanoparticles promising for new manufacturing opportunities may also present new risks to us and our natural environment.

Normally, new chemicals and their commercial use would be assessed by one or more of a number of regulatory bodies within Australia. But if a chemical in traditional form has already been assessed, it may not require further scrutiny by regulators if it is made in nano form. That’s the case even though the two forms of the same chemical may have quite different properties.

It is this “slipping through the cracks” that has raised some concerns in the community about the large-scale use of untested nanomaterials.

Assessing the risks associated with manufactured nanomaterials is never easy or straightforward. Unlike traditional chemicals, the classification of the properties and potential risks of nanomaterials is not based on composition alone.

Rather, it is a complex function of a number of properties, including particle size, shape, surface area, surface coating and even how tightly the particles are clumped together.

Adding to the challenge, many of these properties can change with time and through use as the nanomaterials move through a complex system, such as our own bodies or a waste-treatment plant.

What safety research is being done?

In 2007 the Working Party for Manufactured Nanomaterials, in the Organisation for Economic Cooperation and Development (OECD), launched an international programme to test 13 different types of manufactured nanomaterials that were in the early stages of commercialisation. 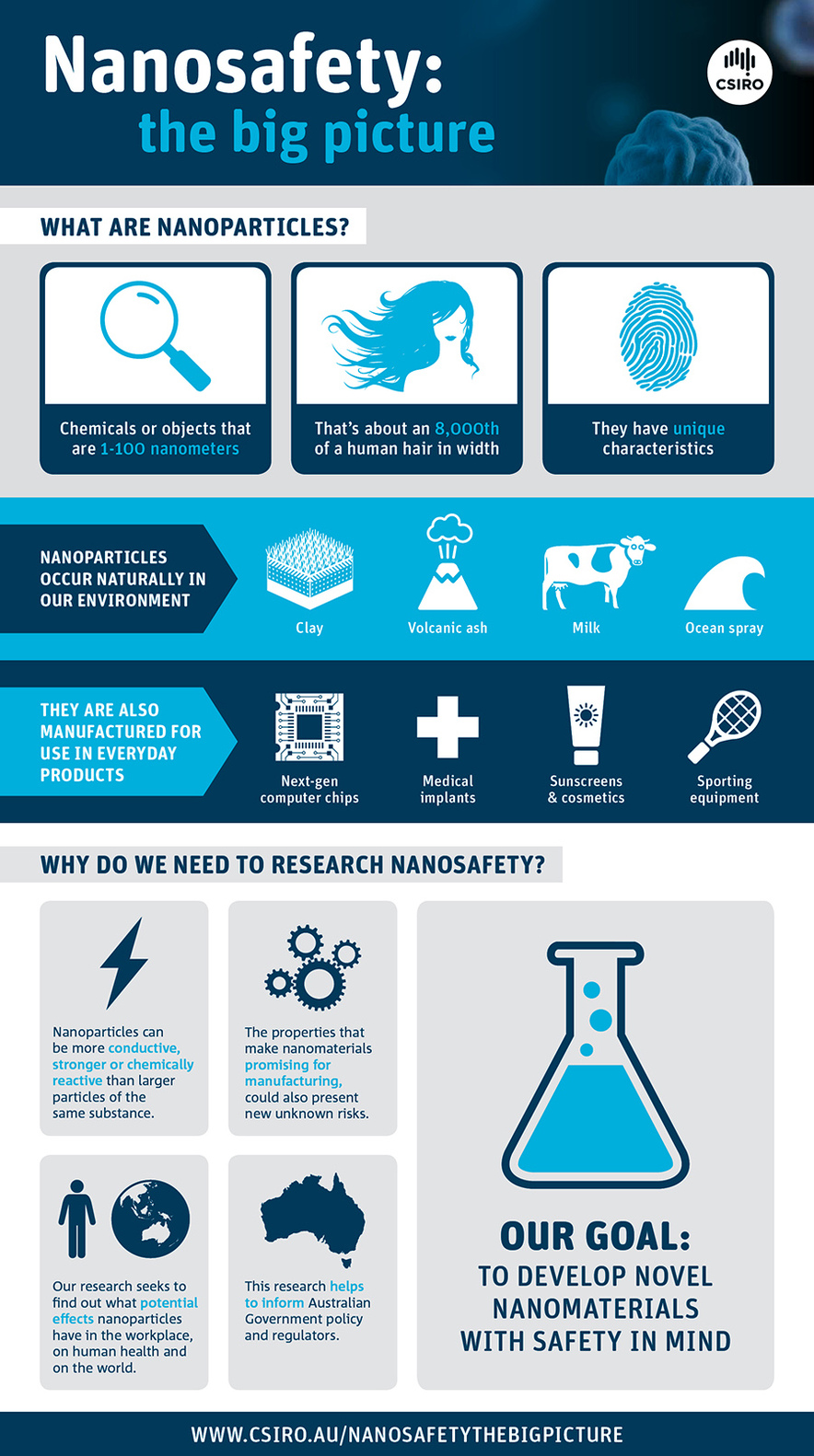 OECD member countries were invited to comprehensively test these nanomaterials for their physical and chemical properties, their fate and transport in the environment, and their potential toxicities in a range of biological systems.

Australia took part and tested a number of zinc oxide, cerium dioxide and silver nanoparticles. The CSIRO was a major contributor to the Australian effort.

This international effort gave clarity on the types of nanomaterial properties needed for toxicity assessments, and developments on how to make those measurements. While these are important steps forward, more work still needs to be done before such measurements will be routine.

The timeline to achieve this is tight, especially for Australian companies that export internationally. New regulations will be in force this year in Europe that require mandatory labelling of certain nano-containing products.

This is by no means a simple task. It is not easy to find — let alone count and measure sizes of — these very tiny particles in complex products. This makes it tricky to determine whether they are even captured by the definition of “nano” and hence require labelling.

Ongoing research in this area is both relevant and vital to the future of Australian manufacturing.

Maxine McCall coordinated the Australian Consortium that participated in the OECD program to test manufactured nanomaterials. Through CSIRO, the Consortium received funds from the Australian Government under its National Enabling Technologies Strategy and its International Science Linkages program.

Previous post:
Engineering excellence!
Coming up next:
Weighing things up!