Most Australians overestimate how ‘green’ they really are

Most Australians overestimate how ‘green’ they really are

The findings are in our latest annual national survey on Australians' attitudes to climate change, covering over 5000 people from across Australia. 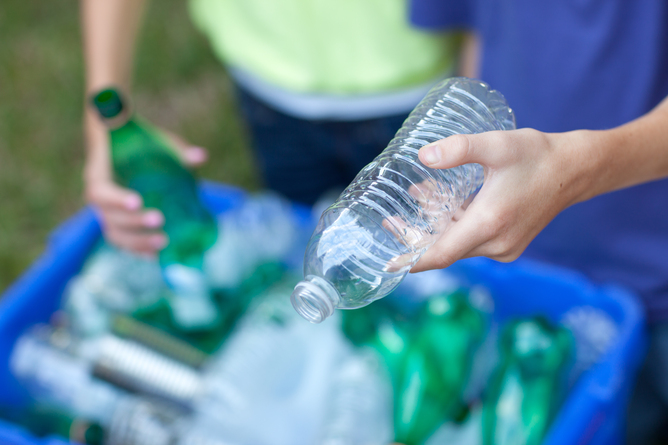 More than half of Australians say they recycle for mostly environmental reasons. Image: Shutterstock/spwidoff.

Most Australians overestimate how much they are doing for the environment compared to others, and are more concerned about water shortages, pollution and household waste than climate change, a new CSIRO survey reveals.

Taken over a period of July to August last year, it is the latest in a series of annual national surveys on Australians’ attitudes to climate change involving more than 5000 people from across urban, regional, and rural Australia. (You can read about past survey results here and here.)

More than 70% of people said they thought climate change was an important issue, which has remained consistently the case since we first asked this question in 2010.

However, compared to many other issues including health, costs of living and other environmental issues such as drought, we found that climate change was considered to be much less of a concern.

The way we perceive ourselves and others can influence how we respond to contested issues, including climate change. However, these perceptions are subject to cognitive biases or distortions as we attempt to make sense of the world around us.

One of the questions we asked people in this latest survey was what they were doing in their everyday lives to respond to climate change, and why.

For example, did they always recycle their household waste, had they installed solar panels, or had they changed their diet? The results are shown below. 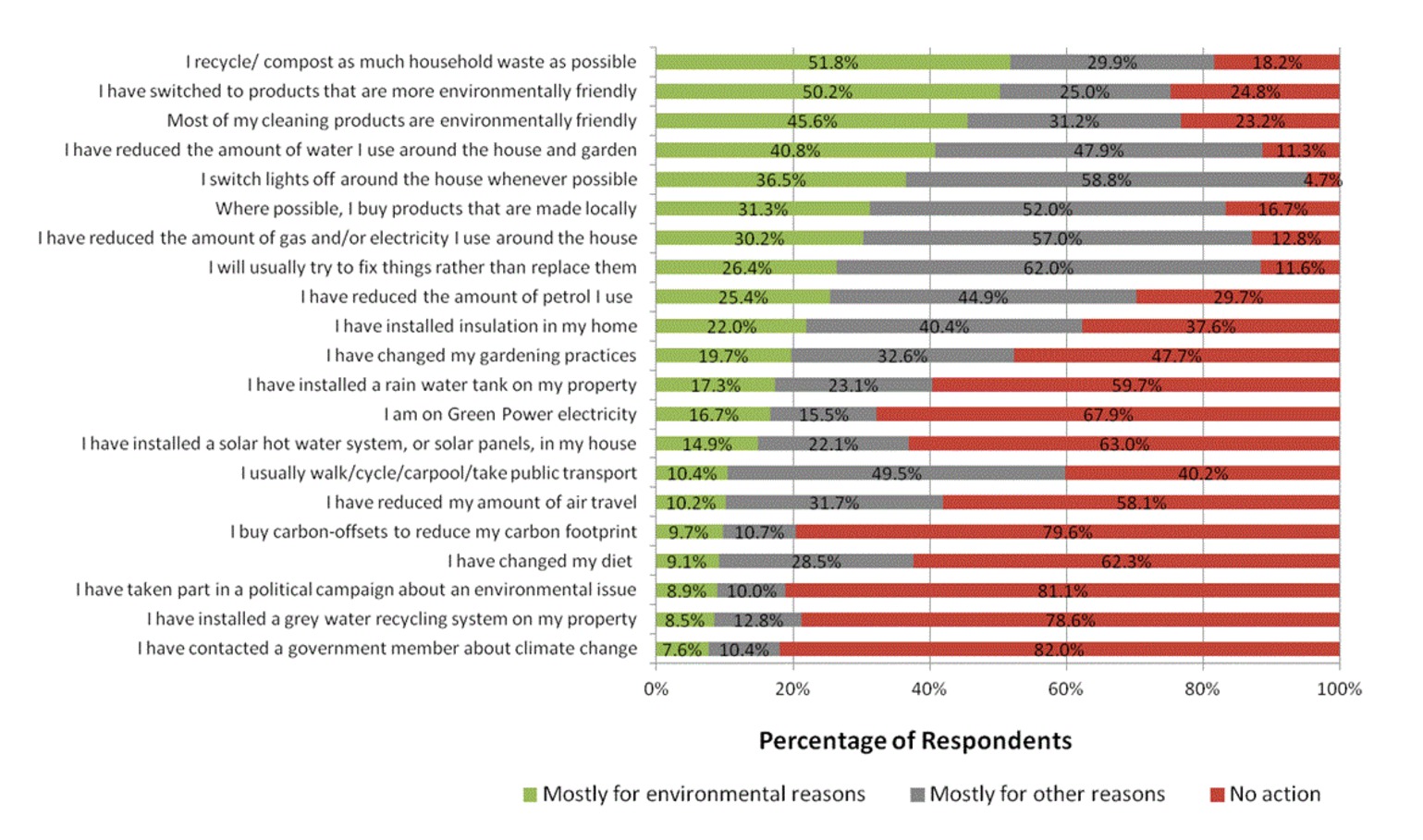 We then asked our respondents this question: “How much do you think you do compared to the average Australian: a lot less, a little less, about the same, a bit more, or a lot more?” Here’s what they said. 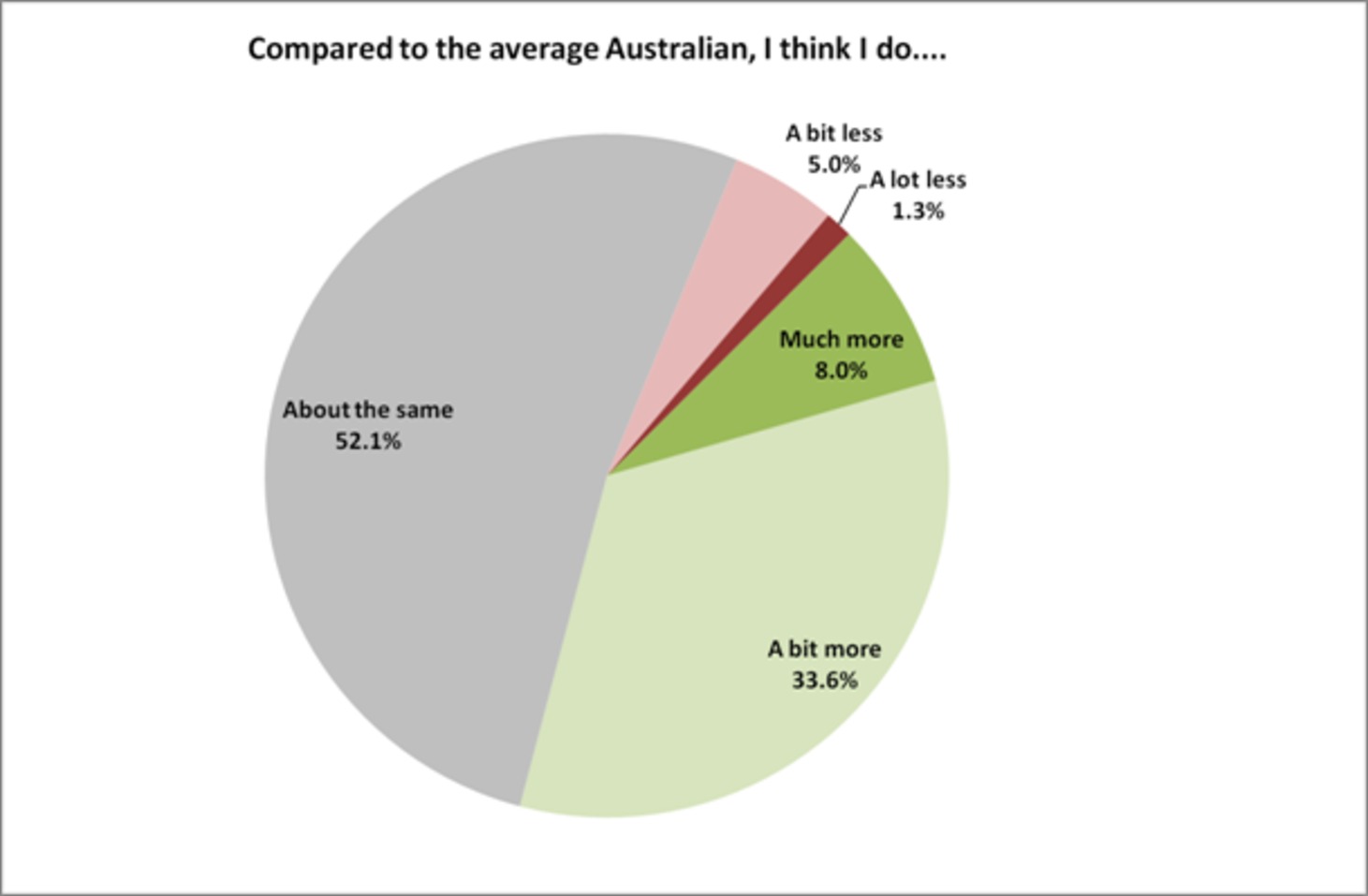 Just under one-quarter (21.5%) got it about right: regardless of how many actions they performed, their assessment of where they stood in relation to other people was fairly accurate.

The same amount (21.5%) were what we might call “self-deprecating”: they undervalued their comparative performance.

But more than half our participants (57.1%) were “self-enhancing”: they tended to overestimate how much environmental action they were compared to others.

Research tells us that it’s not just the environment where we tend to think we’re better than others.

In a famous example, when people were asked to assess their own driving ability relative to peers, more than three-quarters of people considered themselves to be safer than the average driver.

How important is climate change?

When we asked people how important climate change was, just over 70% of people rated it as “somewhat”, “very”, or “extremely” important. That importance rating has remained unchanged when we first asked this back in 2010.

But this year we also asked people to rank the importance of climate change relative to a list of 16 general concerns in society, including health, the cost of living, and the economy. When framed in these relative terms, climate change was ranked as the third least important issue. 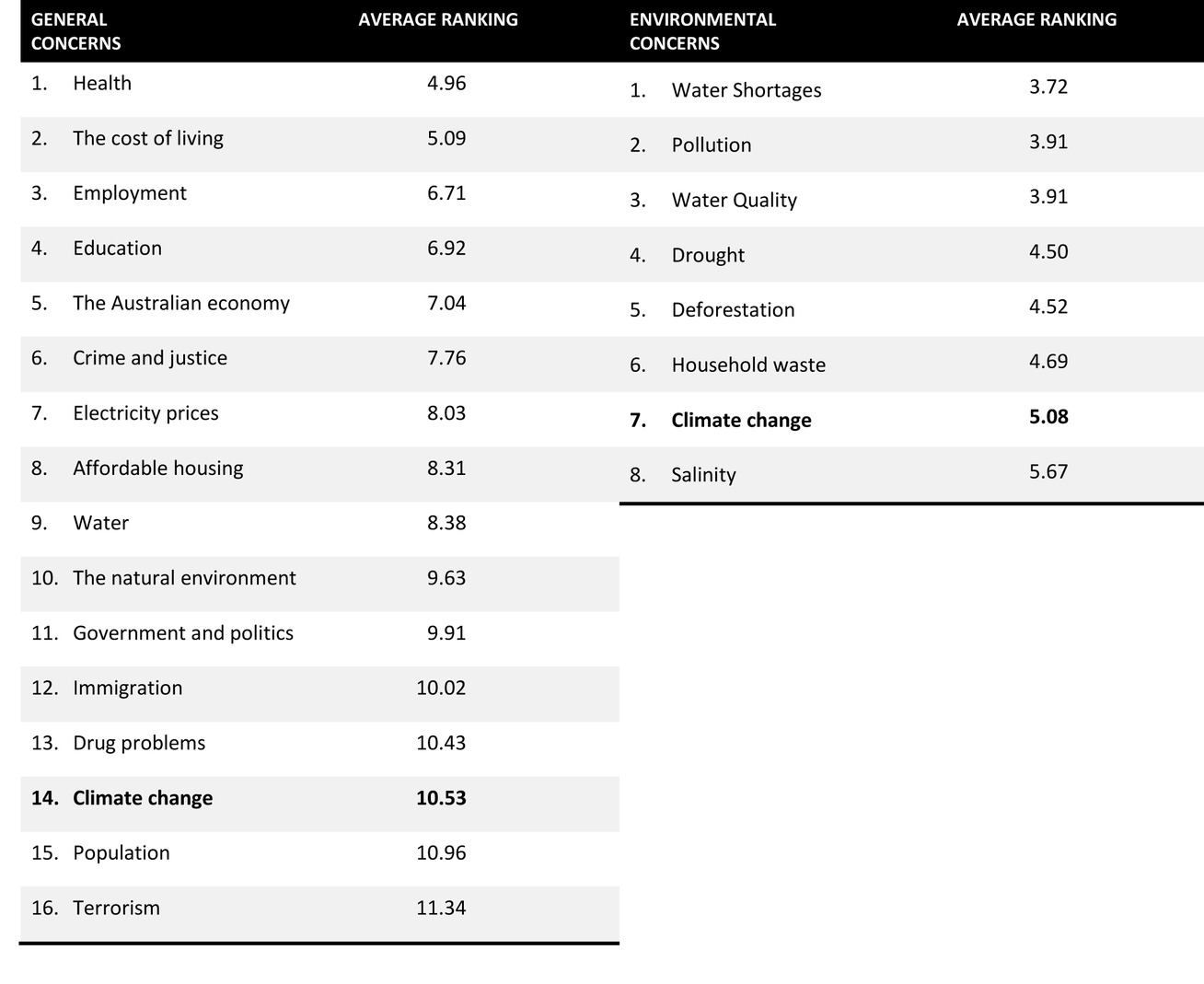 Similar to previous years, we found the majority of respondents (81%) think the Earth’s climate is changing, and people are more likely to think that human activity is the cause (47%) as opposed to natural variations in temperature (39%). When we look at repeat respondents (those people who participated in more than one of our surveys), we find no significant changes since 2010, although there was a very slight increase in the small proportion of people who say they “don’t know”.

Other changes have been slight, but noteworthy. There has been an increase in the levels of responsibility individuals feel to respond to climate change. People have also become more trusting about information from environmental and government scientists.

Zoe Leviston does not work for, consult to, own shares in or receive funding from any company or organisation that would benefit from this article, and has no relevant affiliations.

Take a look at our video exploring the key findings of the survey: