More nuisance than ants at a picnic

More nuisance than ants at a picnic

Our work on eradicating the angry Tropical Fire Ants in northern Australia has helped to end their destructive effect on our native plants and animals. 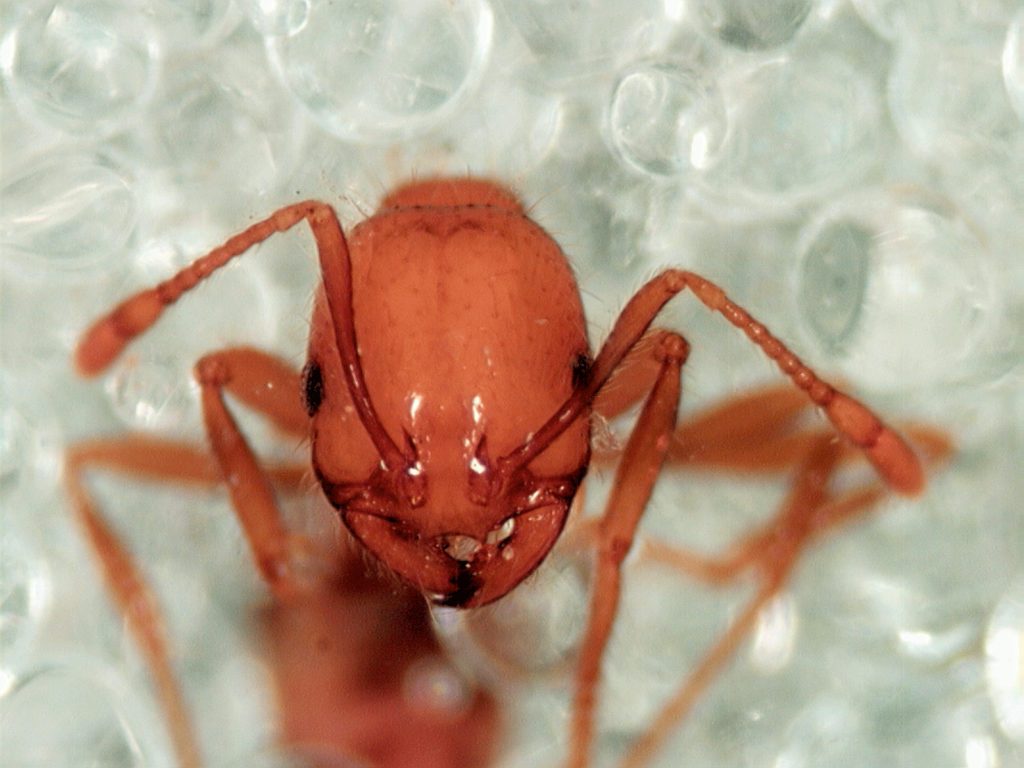 Tropical fire ants (Solenopsis geminata) get their name from their powerful sting, which results in a painful burning sensation.

The sun is shining and the birds are chirping – it’s a beautiful day for a picnic at the park. You’ve laid the picnic rug out and you’re beginning to unpack the goodies when no sooner has the plate of lamingtons hit the blanket and argh, uninvited guests.

Yep we’re talking about ants. Over 8,000 species of ant can be found in Australia, everywhere from the most isolated patch of desert to the busiest city street.

Our native ants play an important role in the ecosystem. They contribute to the recycling of nutrients through the soil, disperse plant seeds and are also a key part of the food web playing the part of predator and prey in many instances.

Unfortunately, our native species aren’t the only ants at the picnic. A number of invasive species are creating big problems. In the environment these invasive species can form super colonies and greatly affect native plants and animals, disrupting the local ecology. They can also be a major problem for people, disrupting agriculture by destroying crops, not to mention some species deliver a terrible sting. 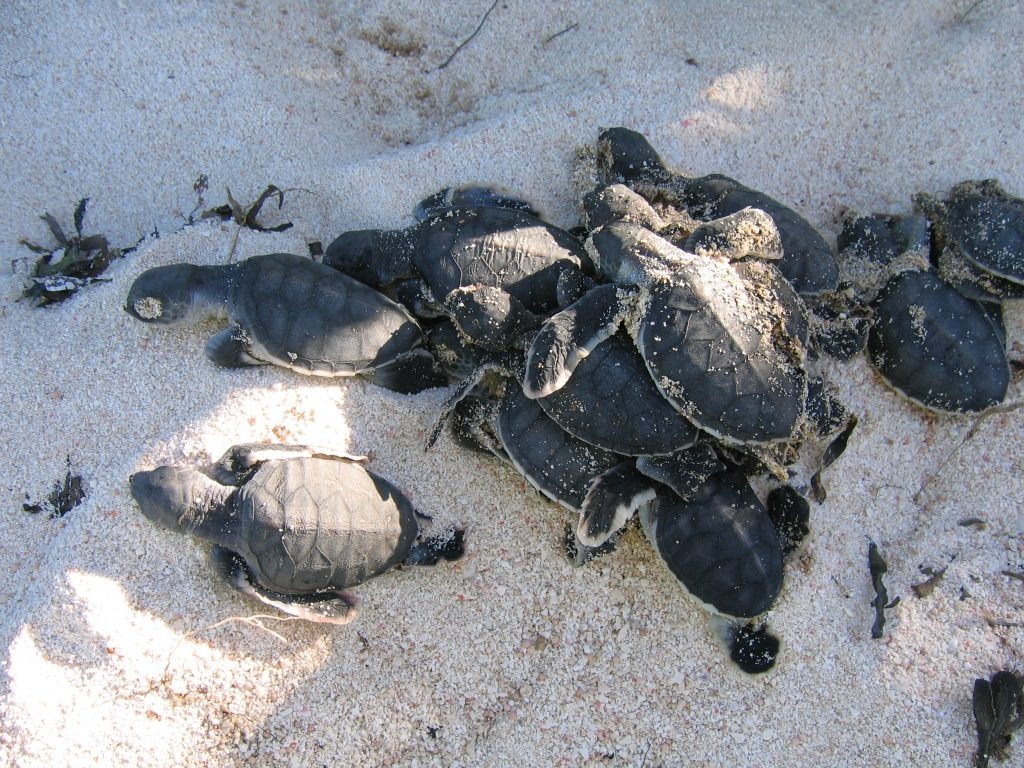 Tropical fire ants were first discovered in Australia more than 80 years ago, and have burned their way through major settlements in the Top End of t 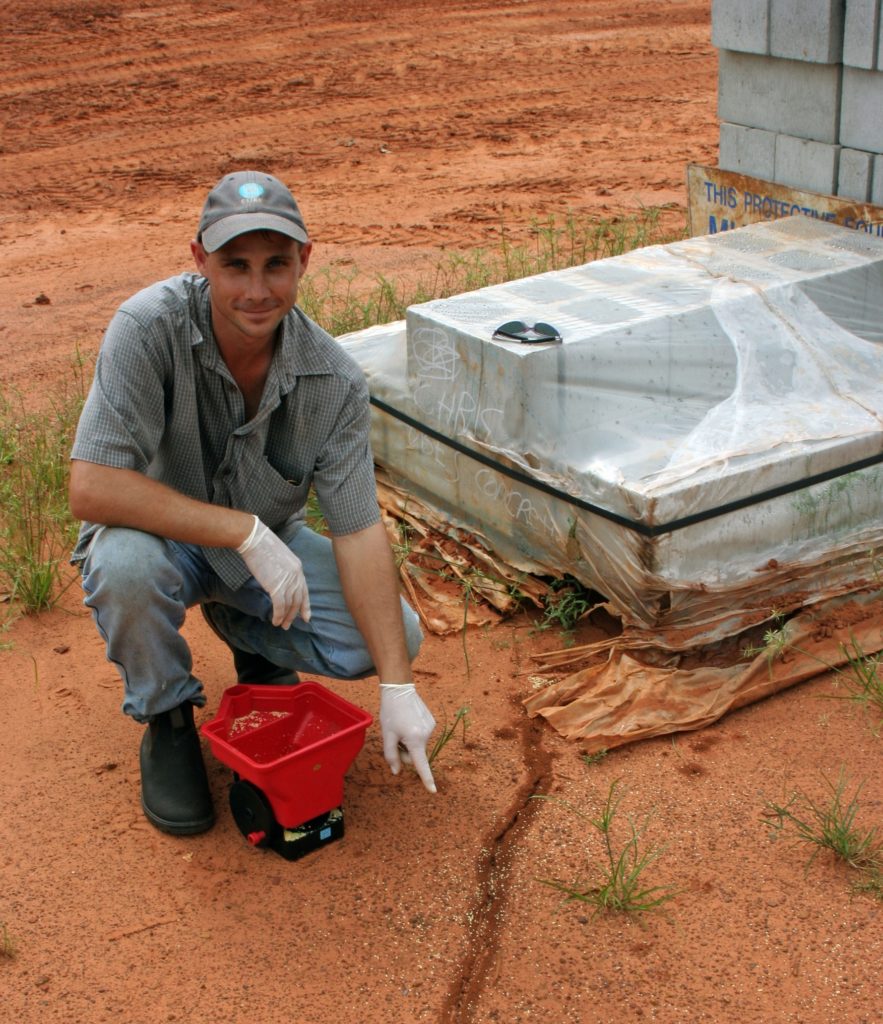 CSIRO has led eradications of some of the world’s worst ant pests from regions of outstanding ecological and cultural significance in northern Australia, including Kakadu National Park, Arnhem Land and the Tiwi Islands.

he Northern Territory. They are one of Australia’s biggest ant pests, threatening people, agriculture and the environment.

Fire ants are stealthy and usually by the time you feel the first sting, you are covered in dozens of ants who are executing a synchronised attack which results in painful stings giving the sensation that your body is on fire – hence the name. This is what makes them such a menace to people, but also to animals, attacking their prey which can include insects, spiders, lizards, frogs, birds and mammals, including livestock. Newborn or hatching animals are particularly prone to attacks that can lead to death.

We’ve been conducting research in the Tiwi Islands, working with the local community to try to find the best way to eradicate this pest. Through investigation into the ant’s biology and reproductive cycle we have gained insights into how the ants react to different management methods and have worked out the most efficient treatments. We have also been able to compare multiple treatment techniques and products to determine which methods were best.

Once we worked out the best technique we were able to eradicate individual Tropical fire ant populations in less than two years. This led to our team receiving the Biodiversity Award from the United Nations Association of Australia in 2015.

The eradication of one population of these angry ants was one of the biggest ant eradications in the world and the success has led to the model being applied in other infested areas, including the Galapagos Islands.

So next time your temper sparks about sharing your picnic with the humble Aussie ant, consider how much worse the situation could be, because at least they’re more interested in taking a bite out of the tasty treats rather than you.

Find out more about our work to manage invasive species on our website.

And… everything you ever wanted to know about ants.

Previous post:
Protecting our pollinators through Indigenous knowledge
Coming up next:
Automation won’t destroy jobs, but it will change them