Monitoring at Mandu – 10 years on

Monitoring at Mandu – 10 years on

This month we celebrate a decade of research at the Ningaloo Marine Park. In this time the team have visited a set of 16 sites in and around Mandu almost every year, collecting valuable data that is helping us to gain a better understanding of the reef. 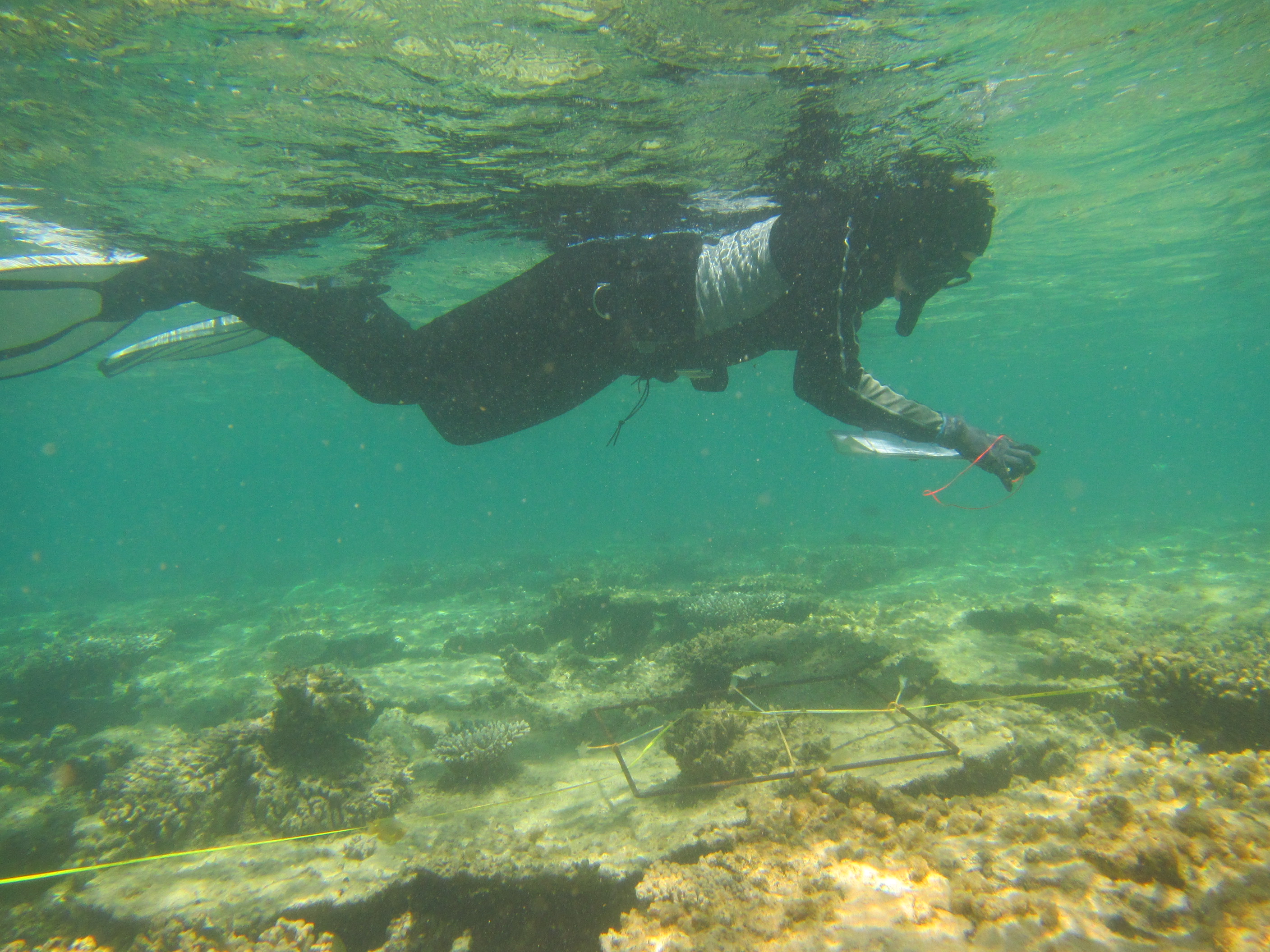 Our researchers records invertebrate observations along a transect line.

The Ningaloo Marine Park is one of the world’s most unique reefs. A fringing reef extending over 300 km, the Park’s distinctive position means that marine biota influenced by both tropical and temperature oceanographic systems reside there. It’s also an area with important social values, including nature-based recreational activities, such as angling by recreational fishers.

This month, a team of scientists who have been researching part of Ningaloo reached an important milestone…a tenth anniversary! The March 2016 field trip to monitor the Mandu Sanctuary Zone in the Ningaloo Marine Park marks a decade of annual systematic biological surveys at the site – no small feat! This work complements the long-term monitoring efforts of other organisations such as the Department of Parks and Wildlife and the Australian Institute of Marine Science.

Mandu Sanctuary Zone, which is near the centre of the Ningaloo Marine Park, is protected from recreational and commercial fishing and extractive activities, and so has provided an important opportunity to assess what the effect of excluding such activities has on the fish and corals that live there. 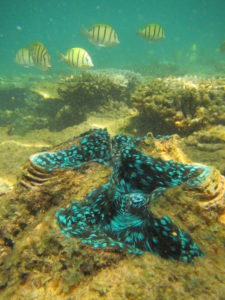 Close up image of underwater coral with fish.

– The brilliant mantle patterning of a giant clam (Tridacna sp.), with surgeonfish, Acanthurus triostegus, in the background.

The purpose of beginning research at Mandu a decade ago was to gather a baseline on populations of fish in the newly revised sanctuary zones.  This information could then be used to assess long-term trends in these highly-protected areas as well as across the entire Ningaloo Marine Park. The scientists at first focussed their research on populations of fish targeted by recreational fishers in the Ningaloo Marine Park.  The first surveys assessed whether populations in pre-existing sanctuary zones (established in 1987) differed from those in areas that were open to fishing. Over 900 sites were surveyed over this time using an approach called ‘underwater visual census’, with effort focused on 12 sanctuary zones distributed along the length of the park, one of these being Mandu Sanctuary Zone.

Since 2006, the team have visited a set of 16 sites in and around Mandu almost every year and the data they have collected over the last decade is helping to understand the value of these zones. Those surveys have spanned some extreme events including heatwaves, cyclones and major floods, which may have contributed to the overall decline of some species over the last decade. Decline in some species has been noticed even where sanctuary zones exist and relative abundance is increased.

Coral cover at Mandu is generally high, and coral cover has been maintained, despite marine heatwaves, coral bleaching, floods, and direct hits by cyclones. This suggests that the underlying coral ecosystem is resilient and in good condition, which is important, as the corals provide the very structure of the reef that supports a diversity of different life forms including the fish. 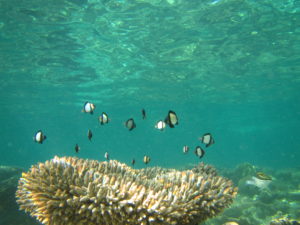 Small black and white fish hovering over coral in the ocean.

An acoustic tracking array system, the Mangrove Bay Tracking Array, has also been in place at Ningaloo since 2007. This system includes 84 receivers and has now also entered its 10th year of operation having been used to unlock the behaviour secrets of dozens of species of tagged fish sharks, and turtles, on the reef.  The array has helped to uncover not only the day-to-day habits of important reef species but also some of the mysteries of the reef such as the spawning migrations of the spangled emperor fish, and the activities of sharks coming into the area to give birth every spring.

Other work recently completed by the PMCP includes the completion of biodiversity habitat mapping which involved visiting 125 sites, representing a wide range of environments on the Pilbara Shelf. The research team collected and processed over 63 kilometres of towed video and sorted 1,469 benthic samples and 382 demersal fish samples, which identified 1326 species or taxa.

Want to find out more about the work we’re doing in this important marine area? Then visit our website here.