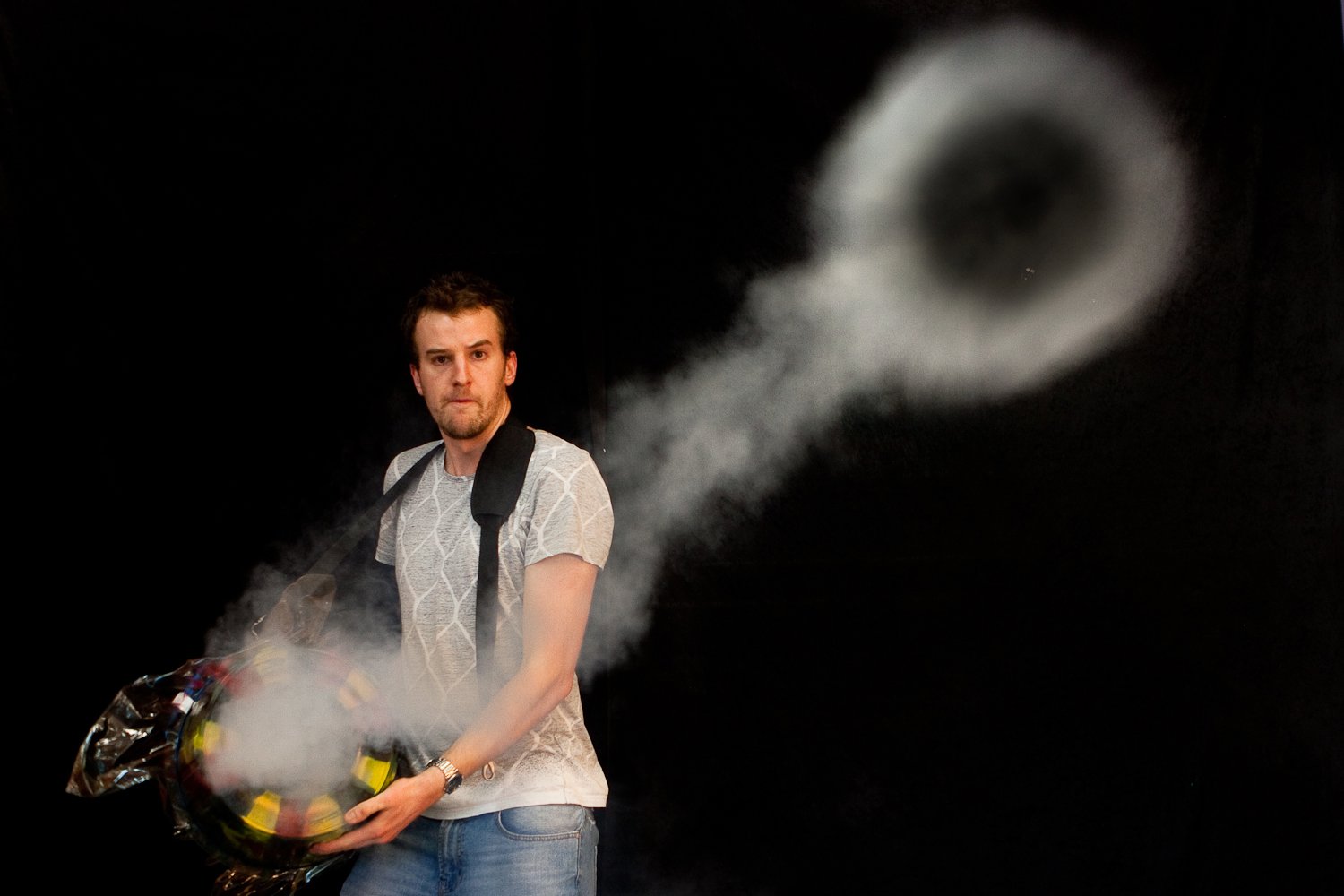 What kind of job involves making tornadoes one day, sitting on a thousand nails the next, with some liquid nitrogen and lightning bolts thrown in for good measure?

Mitch Serena’s of course. As a part of CSIRO’s Education program, Mitch has visited over 75,000 school students with one aim: to make them as excited about science as he is.

On a typical day he performs live, curriculum-linked science shows for school kids across Australia, teaching them about topics as diverse as weather, chemistry, magnetism and energy.

The shows help to enrich school science teaching and give students an authentic and exciting learning experience.

“My favourite part of the day is watching the students leave my show with a big smile and a sense of curiosity,” says Mitch.

Working with us has given Mitch access to plenty of great Australian science stories, and he loves sharing them with the next generation of scientists, engineers, mathematicians and technologists.

Mitch has also made appearances on Channel 7’s Saturday Disney as well as hosting episodes of DIY Science on YouTube. Check them out below.

He has a taste for performances of the musical variety too, both as a spectator and as a musician. His seven years of keyboarding in the rock band Planet of the Stereos even saw him record an album in Montreal and tour the country with Shannon Noll.

“The band was great fun, and I like to think it taught me a few performance skills that bring something extra to my science shows,” says Mitch.

Mitch got his first taste of science communication while studying his Bachelor of Science (Physics) at the University of New South Wales.

“I felt myself drawn to science communication because I could see how important it is in society, and the great things that can happen when it’s done well.”

He was among the millions of young people inspired by Carl Sagan, having been wonderstruck by Cosmos as a child.

“Tim Minchin, the musical comedian, has done some hilarious stuff on critical thinking. And of course, my 4th grade teacher. She started it all with her fun science experiments. We made our own kaleidoscope that I couldn’t stop gazing into.”

It’s not all smiles and fireballs though – there’s plenty of research and development that goes into preparing and presenting the shows, and a lot of travel. But according to Mitch, it’s all worth it.

“I believe that somewhere out there, there’s a child who is going to be a world-leading scientist, or policy maker, or entrepreneur, but doesn’t even know what science is. I love the thought that maybe I can plant that seed.”

Previous post:
Universal Year of the Swan
Coming up next:
Winter is coming… or is it?