Meet the next generation of Aussie scientists and engineers

Meet the next generation of Aussie scientists and engineers

Meet three of the young Aussie scientists and engineers, competing for this years BHP Science and Engineering Awards. 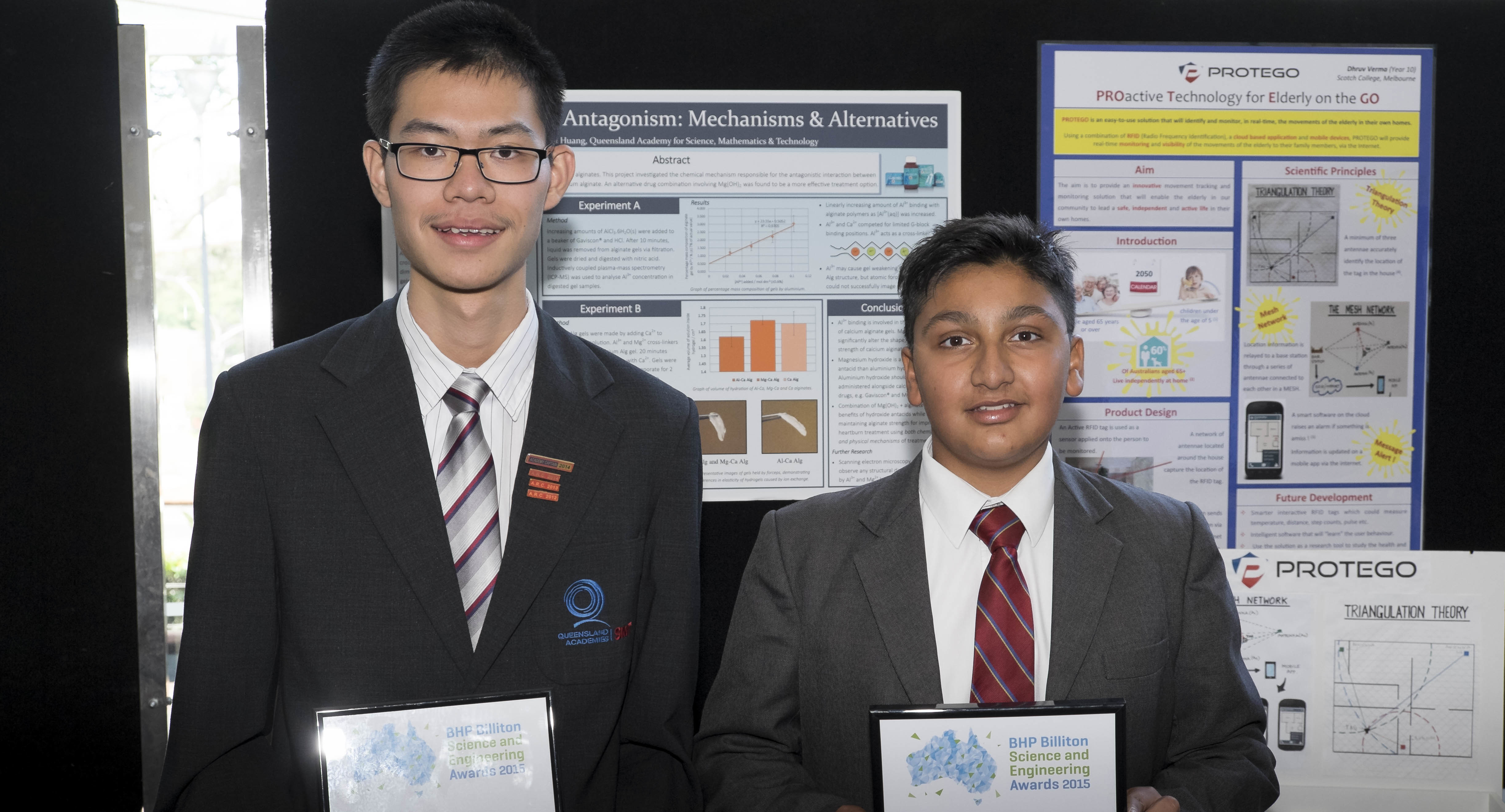 A big congratulations to Dhruv Verma from Victoria and Jackson Huang from Queensland, the two winners of this year’s BHP Billiton Science and Engineering Awards. Dhruv was recognised for his PROTEGO project, and Jackson for his investigation into heartburn medication alternatives. You can more learn more about Dhruv, Jackson and the other finalists below.

How much did you love your Bunsen burner time at school? Or were you more of an adoring-algebra type?

To us, nothing is more valuable and important than nurturing a love of science and technology in the next generation. This is why the BHP Billiton Science and Engineering Awards are such a terrific motivator for students looking to turn their great ideas into reality. 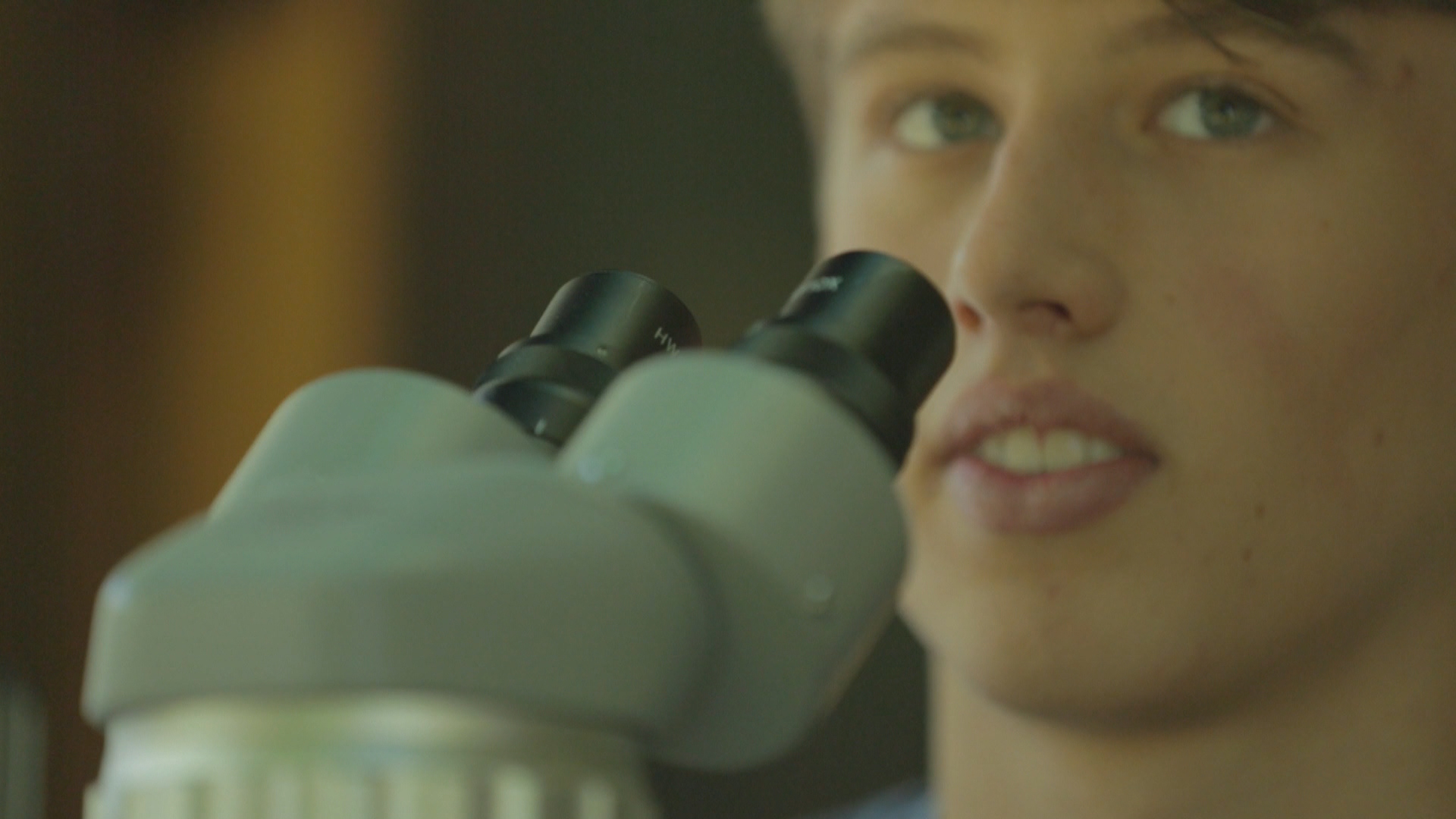 Taking a closer look at this years teen-scientists

The honey bee doesn’t normally come to mind when you think about the production of silk. Interestingly honey bee silk has some amazing industrial uses, particularly in biomedical work.

Nick East, 15, from Canberra has discovered a way that honey bee silk can be purified and treated more cost-effectively than current methods. Honey bee silk can be used for replacing parts of the human body – from ligaments to supporting the immune system. Nick went even further to investigate how the honey bee silk protein could be used to deliver a controlled-release of drugs into the system.

Nick’s entry created a buzz in our team, as we’re no strangers to working with bees for science. 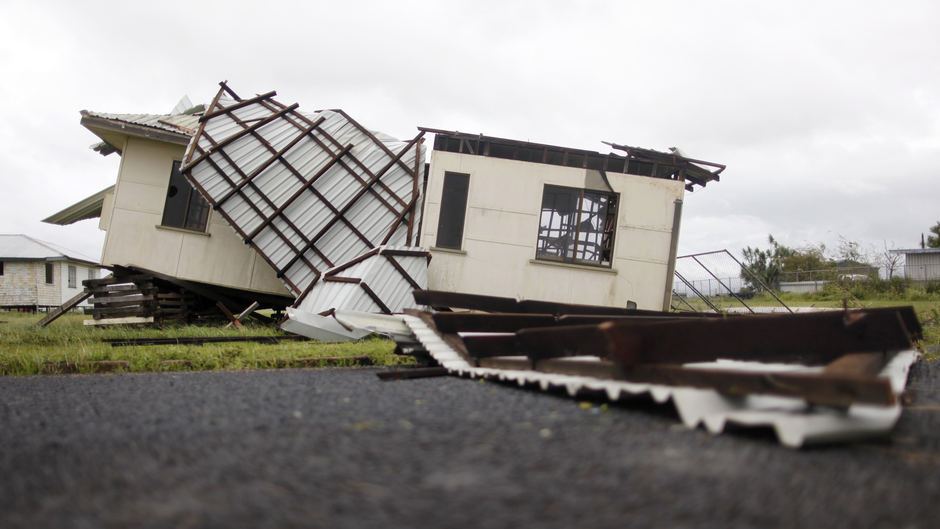 Raising the roof. And the bar.

Hailing from cyclone-prone northern Queensland, Kimberley Hardwick, 17, is in the running for the awards for her investigation into how different roof designs stand up in windy conditions.

Kimberley’s project isn’t a whole lot of bluster, in fact it stands up really well against the competition.

By looking into how roof features – such as pitch and surface area – would affect uplift during a cyclone, Kimberley was able to develop a series of recommendations to reduce the pressure placed on a house.

This entry has the potential to save money, houses and people’s lives. 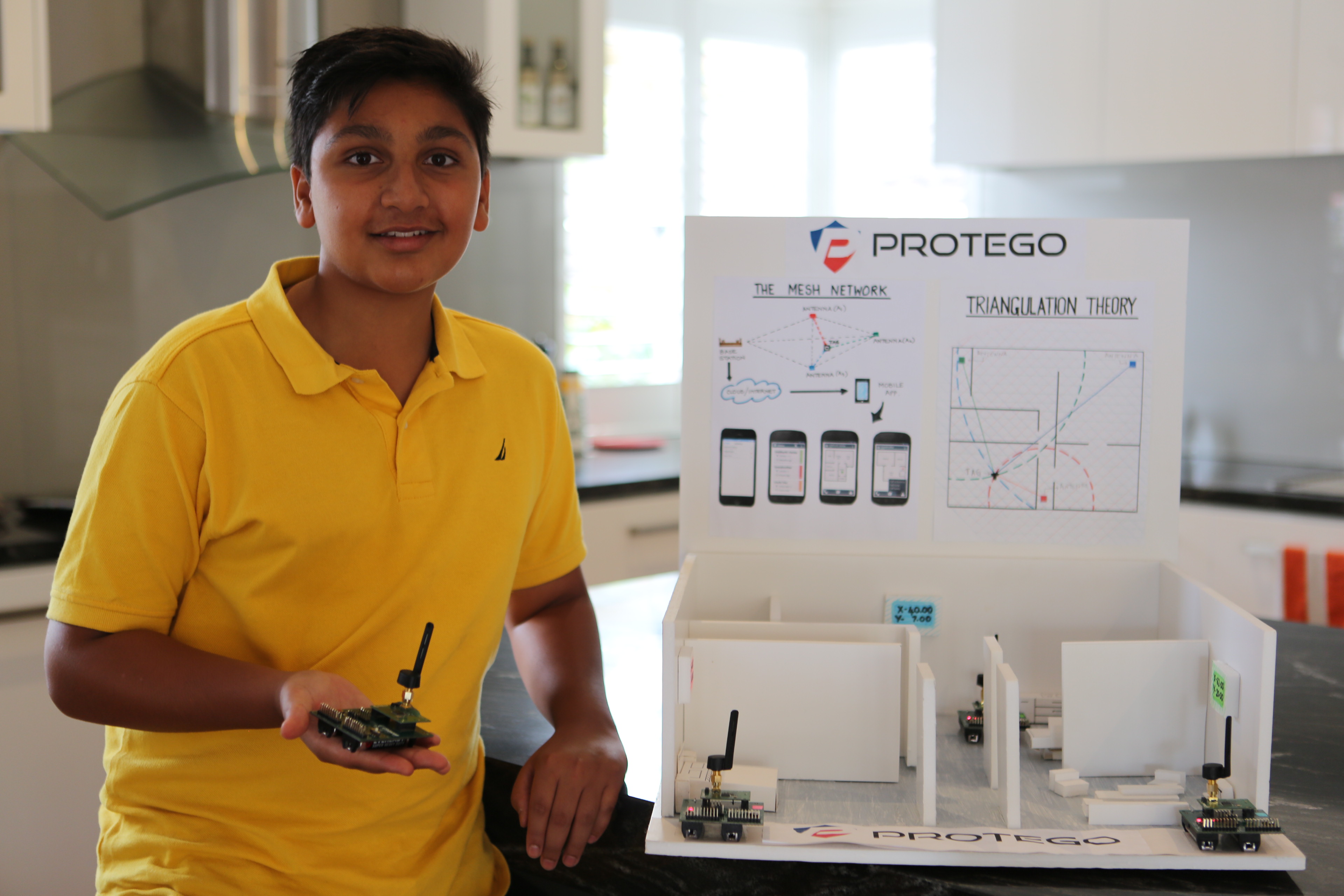 The youngest finalist Dhruv, shows off his in-home sensors, PROTEGO

Keeping a digital eye on the elderly

Our youngest entrant, Dhruv Verma, 14, from Victoria has won the Engineering category. Dhruv took out the top prize for his engineering project, PROTEGO, or PROactive Technology for Elderly on the GO.

Inspired by his great grandfather who lived independently into his nineties until he had a fall, Dhruv designed PROTEGO to help address the increasing strain on our aged care system by allowing elderly people to live independently in their own homes for longer.

Harnessing some clever technology, such as in-home sensors and real-time alerts sent to carers via their smartphones, this entry is all about using latest tech for social good.

If great minds think alike, then Dhruv is in good company – our scientists are trialling a similar system in Queensland. 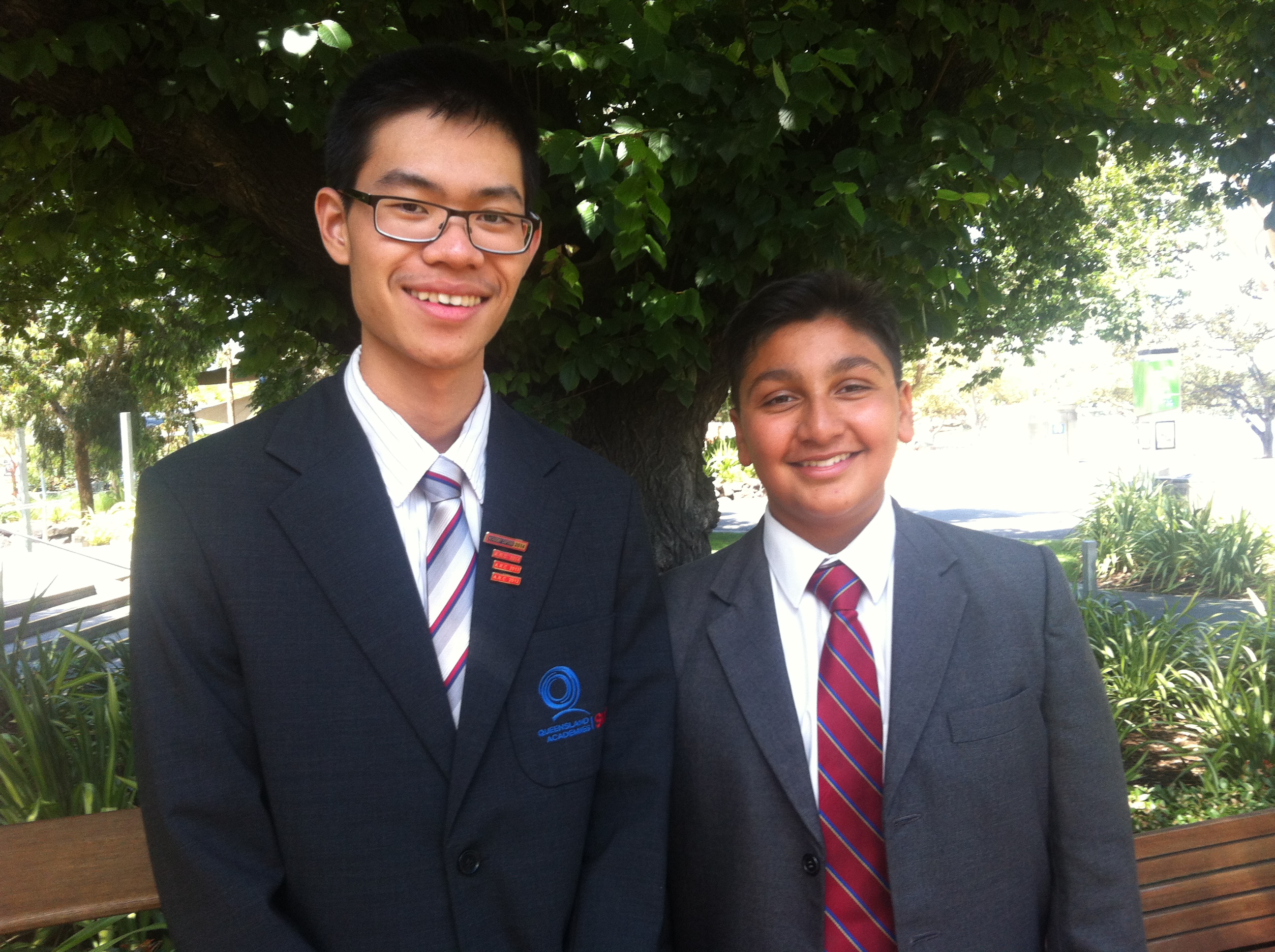 Flipping the script on heartburn medication

In the ‘Investigations’ category our winner for 2015 is Jackson Huang, from Queensland. Inspired by research from the 80s, Jackson investigated why some additives in different heartburn medication were weakening its effectiveness. As well as finding out why this weakening occurred, Jackson has also been trialling an alternative additive.

To all the winners and finalists we wish you all the best for the coming years, and we look forward to working with you in the not too distant future.

The BHP Billiton Science and Engineering awards are a partnership between BHP Billiton, CSIRO and the Australian Science Teachers Association. They are sponsored by BHP Billiton and managed by CSIRO. The awards are also supported by the Intel Corporation.

The winners will be announced in Melbourne next week by Mr Bryan Quinn, Head of Group Technology and Geoscience and Engineering, CSIRO Board Member, Professor Tom Spurling and Australian Science Teachers Association President, Ms Robyn Aitken.