Nominations for this year’s award are open now. Dr Chris Matthews, Adam Hooper and Sharni Cox won the 2016 Indigenous STEM Awards across the STEM Professional, STEM Champion and Student Categories. Since the announcement at the end of last year, they have been flying high from Norway to the United States to Far North Queensland. 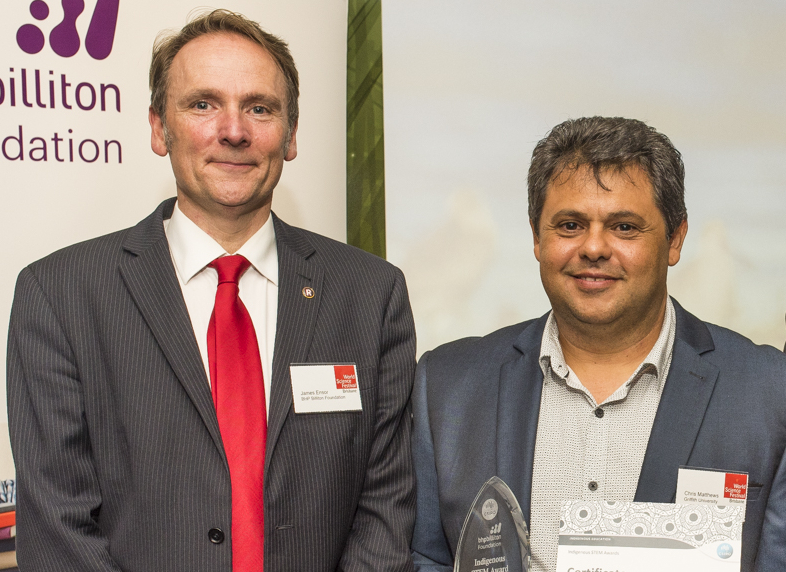 It’s not often you associate dancing and storytelling with mathematics but that is exactly why Dr Chris Matthews won the 2016 Indigenous STEM Professional Award. He created the Goompi Model from exploring equations in his own community on Minjerribah (Stradbroke Island) in the Quandamooka Nation. The model focuses on creativity and how students can create their own expressions of mathematics and use dance to show linear equations.

In September this year, he was able to present at the International Indigenous Mathematic Education Conference in Norway (as well as seeing the northern lights and doing a spot of fishing).

He knows that it is important for Aboriginal and Torres Strait Islander young people to have mentors in STEM fields.

“We need our children and our youth to see Indigenous STEM professionals recognised and celebrated. It is important for our youth to know that they come from a sophisticated culture that has deep connections to STEM,” Chris said. 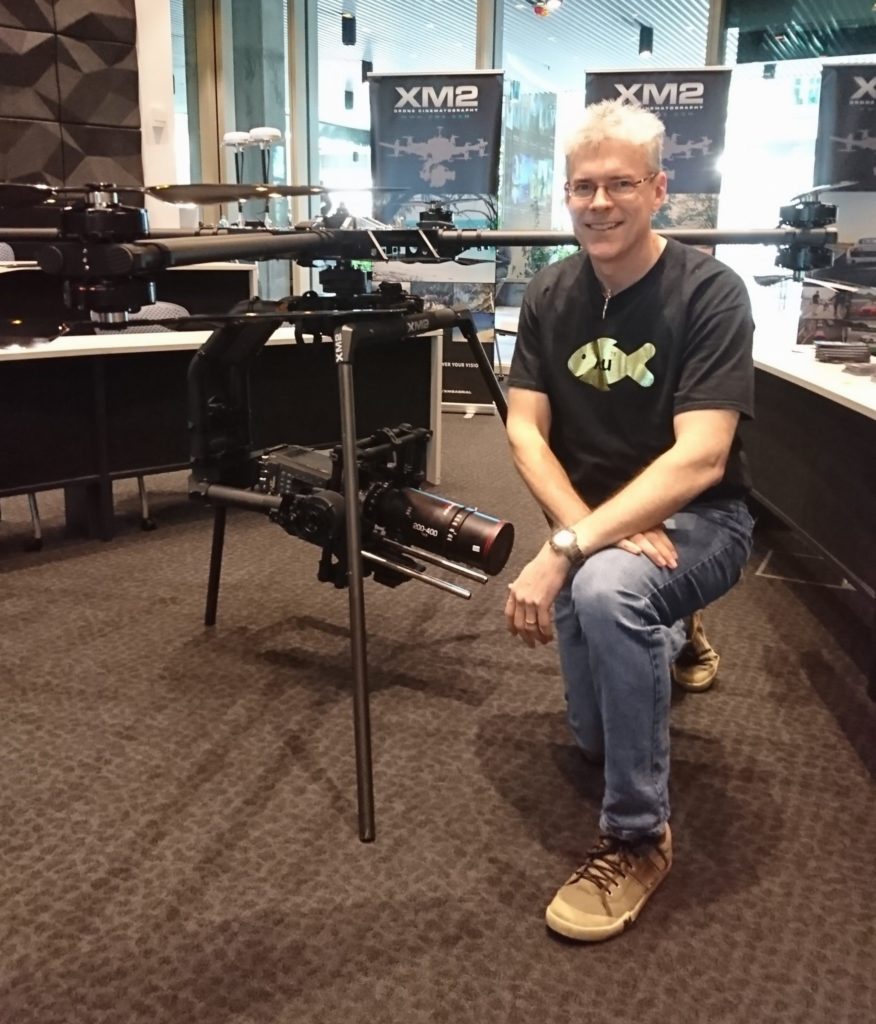 Adam Hooper standing next to a XM2 drone.

Teacher Adam Hooper won the 2016 STEM Champion Award. He is now working use drones in schools as an engagement tool.

STEM Champion Award winner Adam Hooper has been learning to fly since he won the award late last year by getting involved with drones and the digital technologies curriculum.  The former geologist, turned teacher, is passionate about STEM education in the Far North Queensland region and works alongside schools with a high proportion of Indigenous students.

Adam has been a tireless champion of the Indigenous STEM Education project, being involved with the Inquiry for Indigenous Science Students (I2S2) program in the Cairns region since its inception.

He is currently working with the Queensland Department of Education to use drones in schools as an engagement and educational tool around digital technologies, especially in Far North Queensland.

“I attended the World of Drones Congress in Brisbane and I am also in the process of getting my licence through the Civil Aviation Safety Authority which I wouldn’t have had the opportunity to do without funds from the award,” Adam said. 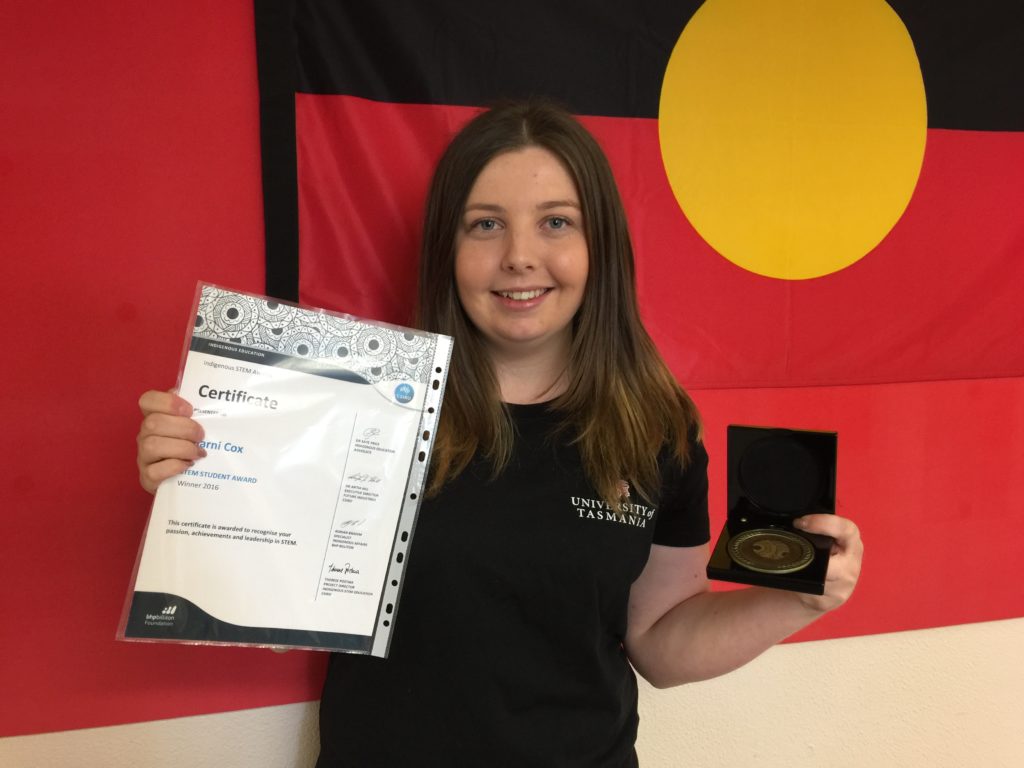 Sharni Cox standing in front of the Australian Aboriginal Flag with the medal and certificate for the 2016 Student STEM Award.

In 2014, Sharni attended the Aboriginal Summer School for Excellence in Technology and Science (ASSETS), a nine-day residential program for high-achieving Indigenous Year 10 students which started her journey with the Indigenous STEM Education Project, eventually winning her the 2016 Indigenous STEM Student Achievement Award. The University of Tasmania student was able to attend the Intel International Science and Engineering Fair (ISEF) in the United State of America this year as part of the award. Attending ISEF gave her a slight change of direction in her STEM career.

“After I came back, I did an interview on ABC Radio and I was offered a job as a producer. My role is to find as many STEM stories as possible and raise awareness about them,” Sharni said.

“Every time I talk about science, or explain something, I get this drive within me to want to engage people. I want to be able to inspire people of all ages to pursue something STEM related.”

Are you our next Indigenous STEM ambassador?

The 2017 Indigenous STEM Awards are open until November 10.

END_OF_DOCUMENT_TOKEN_TO_BE_REPLACED 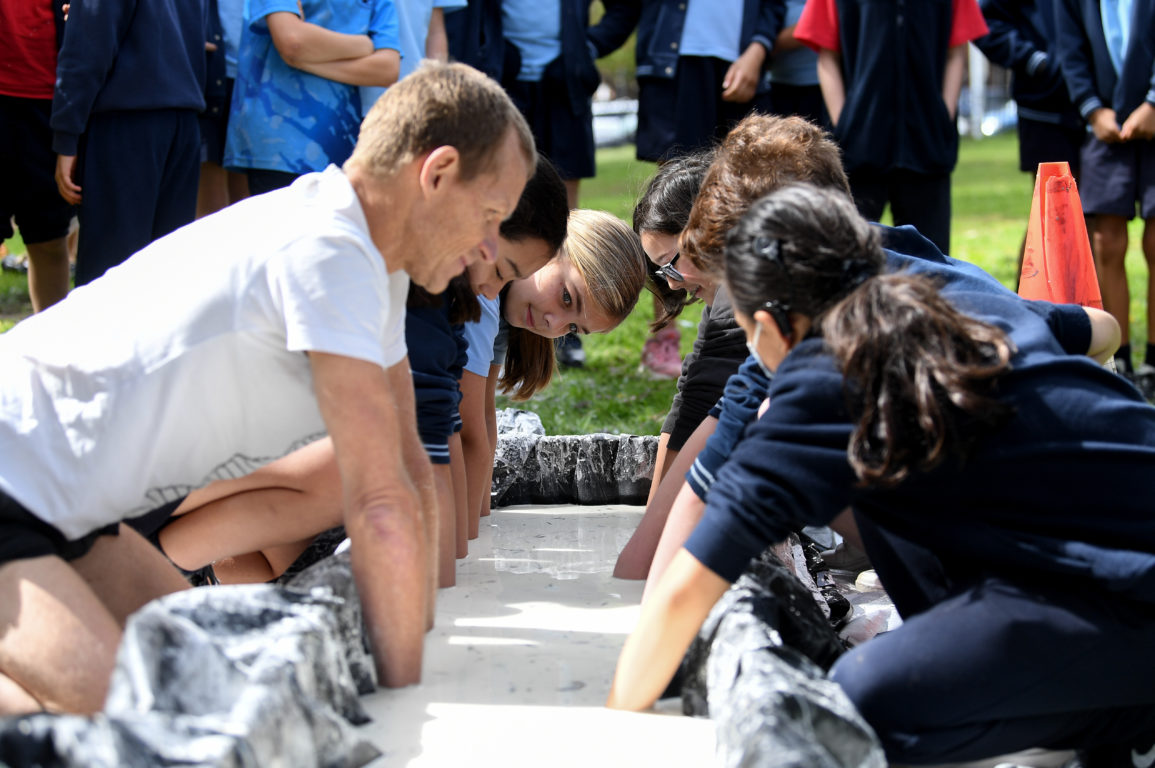