This profile is featured in the current edition of ECOS Magazine http://www.ecosmagazine.com/?paper=EC12402.

Brian Griffiths: called back to the sea

Biological oceanographer Brian Griffith officially retired from CSIRO in 2010. But, with an impressive ocean-voyaging record behind him, it’s no surprise the sea lured him back. Here, Brian talks to ECOS about playing soccer on sea ice, and his recent work on the technical design team for RV Investigator, Australia’s new marine research vessel that’s due for completion in 2013. 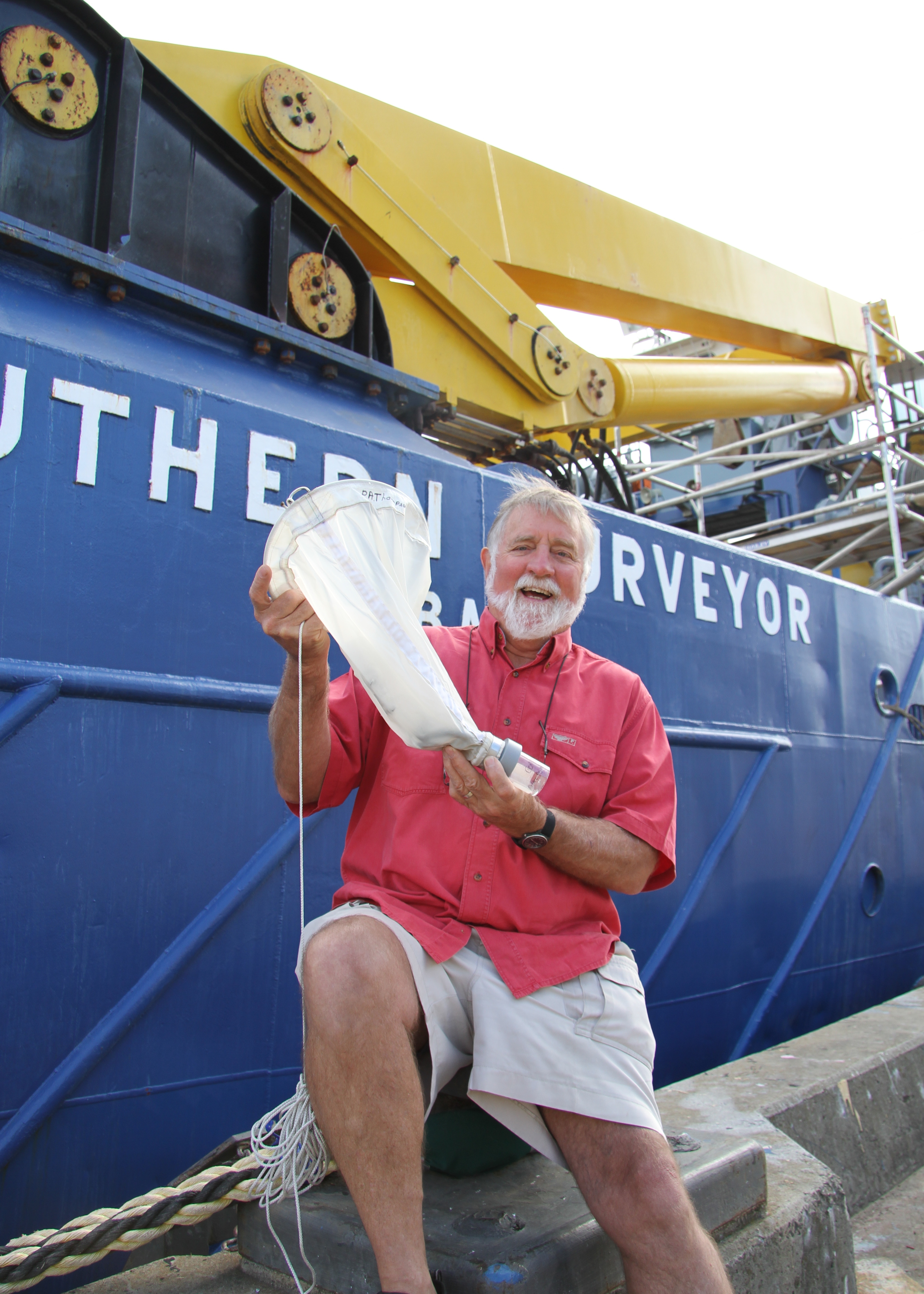 What aspects of your career do you think have prepared you for your work on the RV Investigator?

I was involved in the conversion of Southern Surveyor, Australia’s current marine research vessel. I have also sailed on Southern Surveyor and before that Sprightly and Courageous, as well as a couple of research trips on the French vessel, Marion du Fresne, and a number of voyages on Aurora Australis – Australia’s Antarctic flagship – among other ocean research journeys.

What are some of your more memorable voyages?

Probably the most memorable day was during a Marion Dufresne voyage in the Kerguelen Islands in the sub-Antarctic. The research part of the trip was finished. The scientific crew were taken about 10 kilometres up from the harbour, dropped on the beach and told ‘If you’re not back at the wharf by 5:00, we’ll pick you up in October’. It was February. We had a clear, still day wandering through this beautiful island with elephant seals and birds. It was magnificent.

Another wonderful day was on one of the Aurora Australis voyages, where we had to do some work tied up to the fast sea ice (ice that extends out from land into sea). The scientists who weren’t working were allowed onto the ice and a soccer game took place.

Scientifically speaking, probably the most memorable voyage was the last one I did in 2007, where I was chief scientist on Aurora Australis, which was carrying 62 scientists from 14 countries. We were attempting to figure out why biological productivity off the east coast of Tasmania is higher than in waters off the west of Tasmania. [We discovered that] the reason why is tied up with the supply of iron. It was great science, a great team of people from all over the world and it was great fun.

What are some of the things that excite you about RV Investigator?

We can carry about 40 scientists on the RV. On Southern Surveyor, we can carry a maximum of about 13 or 14. The increased number of scientists means we can go out and do interdisciplinary science.

We can, for example, have atmospheric specialists on board measuring various things in the atmosphere and collecting aerosol samples. And, we can have biological oceanographers on board who are looking at the impact of the role of iron in controlling phytoplankton production. These teams can hook up and ask questions such as: ‘Are aerosols dropping iron into the ocean, and if so, how much, and what sort of impact is this having?’. At the same time, the chemists and biochemists can be investigating the chemistry of the ocean and what might be coming in from the aerosols.

We’ve never had this capability before. It’s a new quantum in understanding the interactions within the ocean atmosphere system.

There are a lot of advanced atmospheric instruments going on to RV Investigator. These include radars to look at cloud structures and rainfall patterns, and aerosol sampling instruments.

Previously, when the atmospheric guys wanted to get measurements made, they would have to piggy-back on to American vessels. So, this is a really major advance.

Like the Southern Surveyor, RV Investigator will be able to measure solar and terrestrial radiation to determine ocean heating. But, I understand that the RV will be able to collect this data nearly year-round and in a wider variety of locations.

Yes, there is a lot of emphasis on data collection and integration with data from satellite sensors, autonomous vehicles, and shore based instruments – in real time.

The ocean is dynamic. Typically in the past, you could be out at sea and find a feature, but it was impossible to determine what it was. It would only be after you returned and could look at, for example, processed satellite data, that you’d get your answer.

For example, in the late 1970s we found a strange feature while working on the warm currents off the New South Wales coast. We spent about four days trying to figure out what it was, but it was only after we got back – about five months later – and saw processed satellite images (in those days, satellite images were in absolute infancy) that we understood what we were dealing with.

The last voyage I led in 2007, where I was chief scientist on Aurora Australis, we were getting real-time satellite data in a day relayed from shore. This allowed us to adapt our sampling strategies based on images of sea-surface temperature and ocean colour. And, that really helped us focus our efforts.

The new vessel will have even higher data integration capabilities, allowing us to focus on process-based studies on the dynamics of the ocean.

Previous post:
Australian shipping emissions identified
Coming up next:
Biodiversity in your backyard: a live Q&A