Long-lost moth a link to the dinosaur age

Long-lost moth a link to the dinosaur age

A long-lost moth that can trace its grandparents back to the dinosaur age has been rediscovered in southeast Queensland. 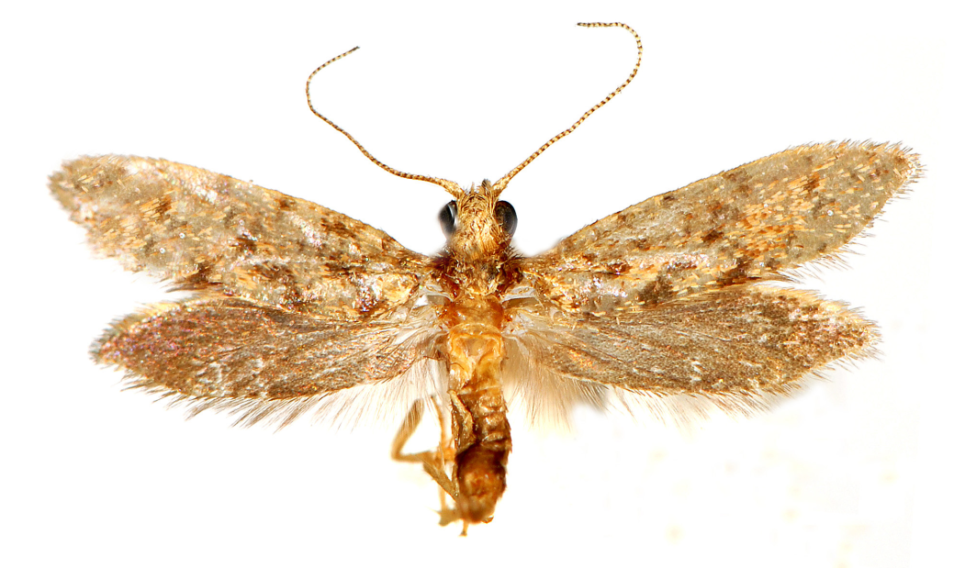 The wingspan of the adult kauri moth is just 12.5 mm. Image: Len Willan.

The tiny caterpillars of this species spend their larval lives inside the seeds of mature kauri pines. Then they emerge as adults with a wingspan of just 12.5 mm. Known from locations in southeast Queensland and inland from Cairns, none had been seen since the 1980s.

Working with Cooloola Coastcare, retired CSIRO scientist Don Sands recently collected around 100 kauri pine seeds near the three remaining large kauri pines at Rainbow Beach. Cutting around 20 seeds open under a microscope, he found a single caterpillar that looked like a mature larva of this long-lost moth.

He sent the specimen to our Australian National Insect Collection, where staff extracted DNA and sequenced a region of the mitochondrial genome known as a DNA barcode.

Comparing the barcode sequence to a barcode library confirmed that the moth was a match for Agathiphaga queenslandensis. This obviously sent our entomologists circling around the discovery like moths to a flame. 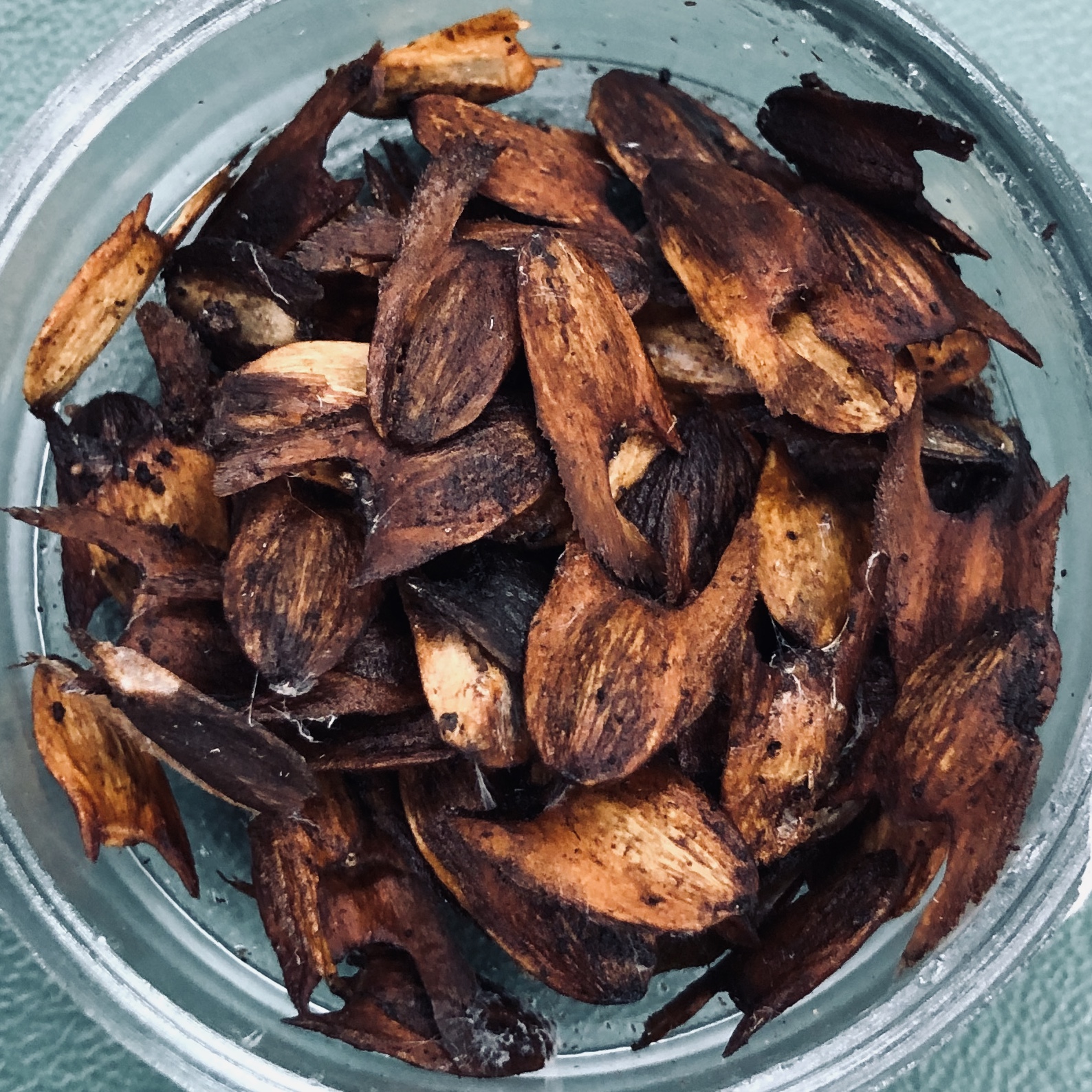 Kauri moth caterpillars can lie dormant in kauri pine seeds for many years. Dr Ted Edwards of our insect collection will attempt to rear adult kauri moths from caterpillars that might be living within these seeds from Rainbow Beach.

A dinosaur of a moth

“The really exciting thing about this news is that moths of the genus Agathiphaga represent a very isolated and old, dinosaur-aged lineage of moths,” Dr Andreas Zwick of our insect collection said.

Today there are only two surviving species Agathiphaga moths. They are the newly rediscovered A. queenslandensis and A. vitiensis, which lives on some Pacific Islands.

“While this group is very ancient, Agathiphagoidea species have continued to evolve,” Andreas explained.

“The two Agathiphaga species alive today have a mix of ancient and newly evolved characteristics. They give us clues as to what the original moths might have looked like when they first evolved some 200 to 300 million years ago.”

The kauri moth is thought to rely entirely on the kauri pine for its survival.

Kauri pines are a native species of conifer that was heavily logged in the past. The handful of A. queenslandensis moth specimens in our Australian National Insect Collection were collected between the 1940s and 1980s. They are from remnant populations of kauri pines in small areas in southeast Queensland and inland from Cairns.

DNA sequencing has confirmed that the moths from these two distant locations are indeed the same species. 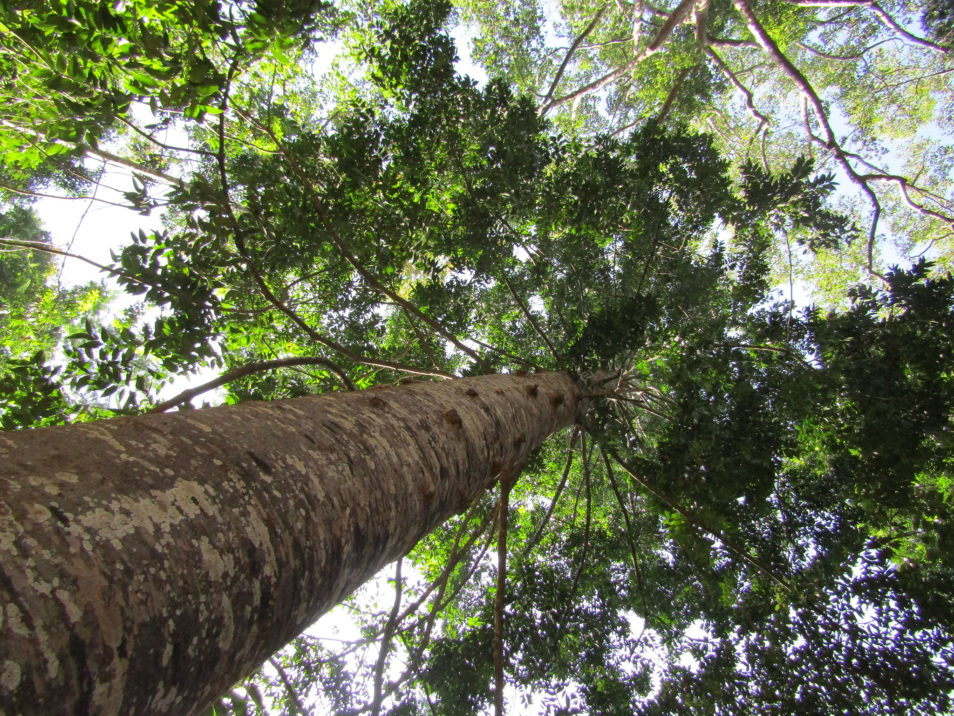 The kauri moth is thought to rely entirely on the kauri pine for its survival. (Photo by Leonora (Ellie) Enking, via Flickr CC BY-SA 2.0.)

Behind the scenes, staff at our natural history collections are busy creating DNA sequence data. This will enable scientists to identify species, from moths to fish, with molecular tools.

“We start with expertly identified specimens in our natural history collections. We extract DNA from them, sequence the mitochondrial the mitochondrial genome. Then we store the result in a global library of DNA sequences,” says Andreas.

These sequences are then available to support species identification for biosecurity, forensics and rediscovering our biodiversity. 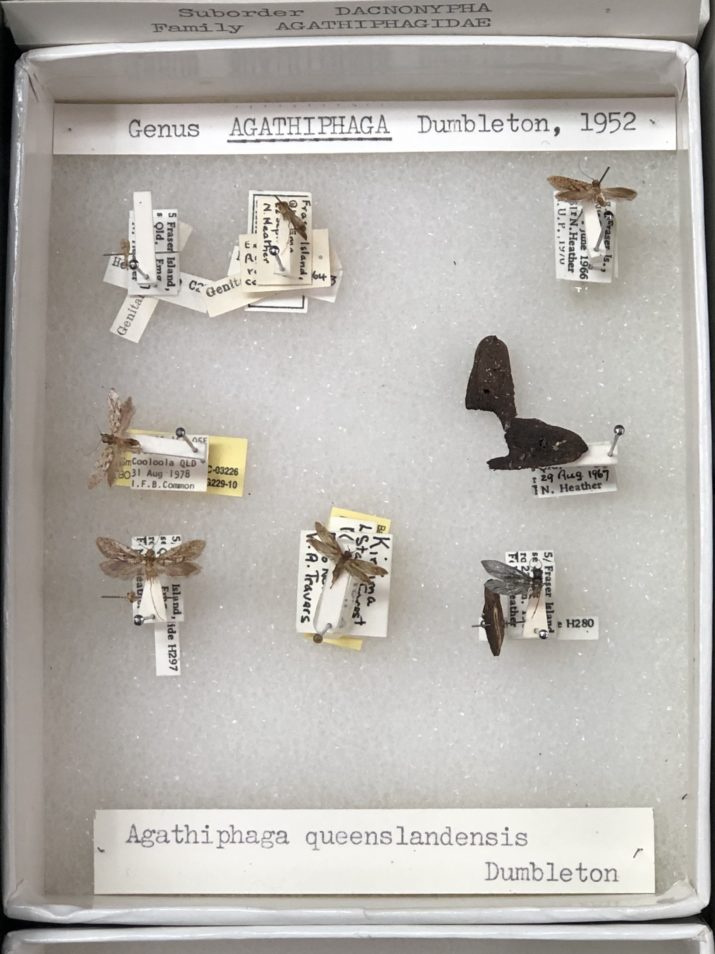 Seven small specimens of kauri moths and a kauri seed pinned in a specimen drawer.

Our collection of kauri moths in the Australian National Insect Collection