Listening out for alien worlds

Listening out for alien worlds

Are we alone in the Universe? This question drives many of us to look to the stars. But rather than wait for aliens to drop by, researchers are looking for hints of life on other worlds. 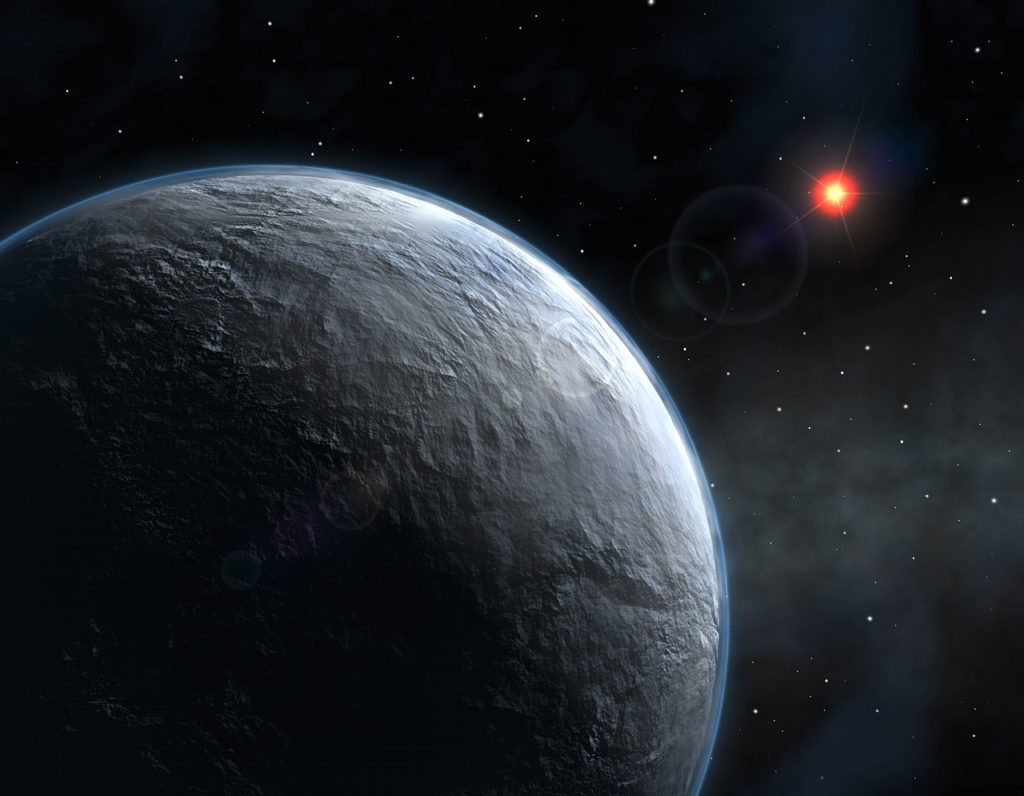 Are we alone in the Universe? This question drives many of us to look to the stars. But rather than wait for aliens to drop by, researchers are looking for hints of life on other worlds.

A galaxy of planets

Just as our planet orbits a star, other stars also have planets. Like Earth, some are likely to be small, rocky worlds with an atmosphere and liquid water. And just maybe, some will also have life.

Finding objects orbiting our own sun is easy – a handful of planets and many comets can be seen as bright lights shifting slowly across the constellations. Most other planets, dwarf planets and asteroids require a strong telescope and a bit of patience to find.

Seeing any anything other than stars outside our solar system is a lot harder. Just as a tiny moth is hard to see fluttering in the glare of a car’s headlights, planets hide in the bright glow of their own sun. Today’s best telescopes aren’t enough to see these ‘exoplanets’ directly.

Fortunately, astronomers have some tricks up their sleeves.

Breaking through to the stars 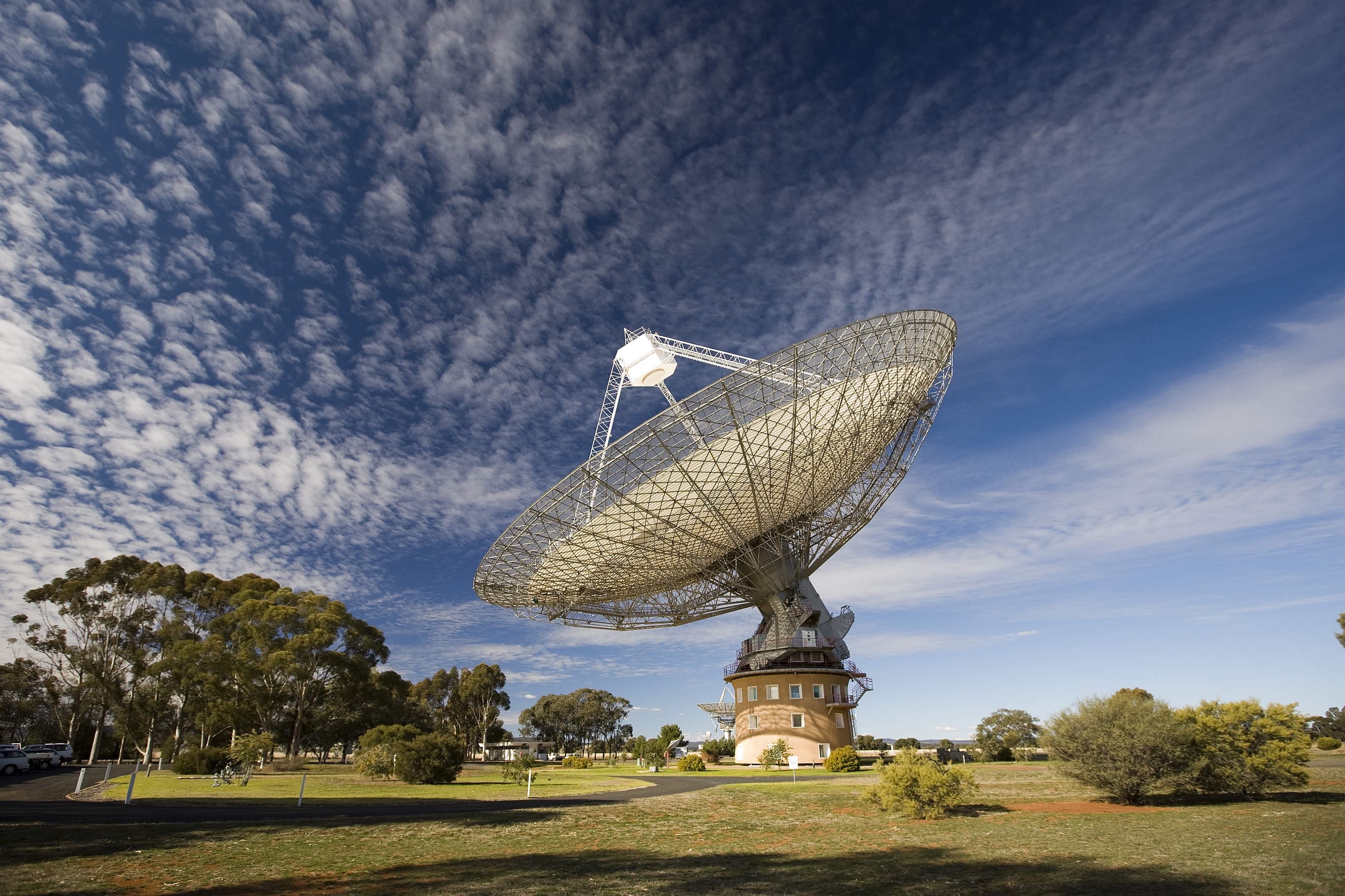 Our Parkes radio telescope is listening for alien life.

For more than a century, human voices have broadcasted not just over the surface of Earth, but echoed into space. If our radio waves are beaming out to our nearest neighbours, could civilisations on distant exoplanets be sending something similar?

The Breakthrough Listen project is the biggest-ever attempt at listening for the whisper of alien technology. Using sensitive telescopes, such as the 100 metre Robert C. Byrd Green Bank Telescope in the United States, the program aims to survey a million stars across our galaxy, while also eavesdropping on some nearby galaxies.

The 64 metre diameter Parkes Telescope in New South Wales is also contributing to the program. Our radio astronomer, Ron Ekers, is one of the scientists involved.

The Breakthrough Listen project will listen out for a range of light and radio wave signals, using technology so sensitive it could detect a common aircraft radar transmission a few light years away.

Costing a hundred million dollars, the program isn’t cheap. It also has a high risk of finding nothing. However, as Ron says: “If we don’t search, the probability of success is zero.” 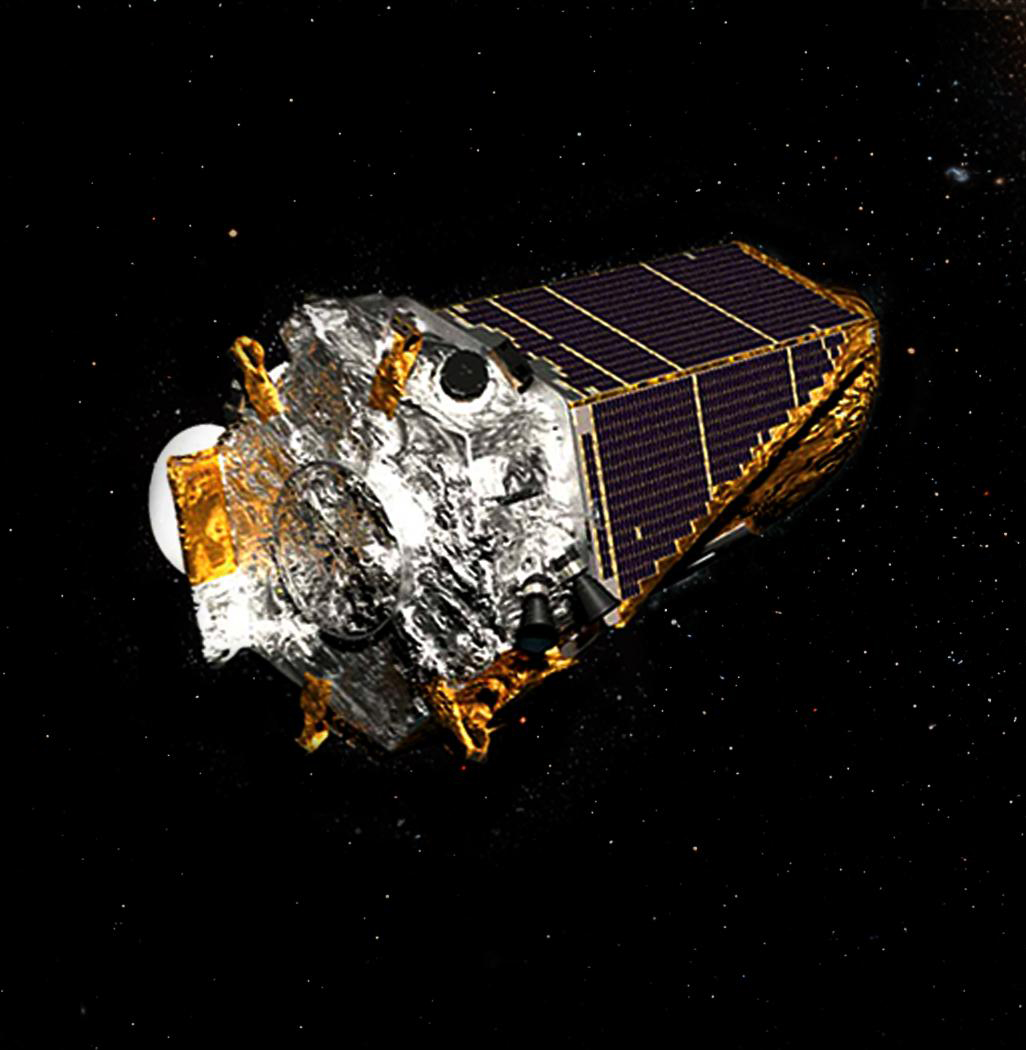 The Kepler telescope is on the hunt for exoplanets. Image credit: NASA/JPL-Caltech

Launched in 2009, the Kepler Telescope orbits the Sun, taking snapshots of other stars in our galaxy.

When we see a star twinkle on Earth, it’s usually due to changes in our atmosphere’s density. Stars twinkle for a different reason out in space. When Kepler sees a star twinkle, it could be because a planet passed in between Kepler and the star, blocking a tiny bit of the star’s light.

This change in brightness could also be the result of a planet’s reflection. This is similar to the reflection of the Moon showing different phases as it circles Earth. You might know the phases as full moon, half moon and new moon. Just as our moon has phases, distant planets can reflect more or less light towards us as they move through their orbit. Kepler might not see these phases directly, but it can detect the added light of a ‘full planet’.

Goldilocks and the three planets

Most planets in our galaxy would be terrible places to live, being either too hot, or too cold. But maybe, like porridge, some can be ‘just right’.

Big planets are easier to spot, so most of the exoplanets discovered so far are more like Jupiter than Earth. Some are ‘super Earths’, which are smaller, but still rather big and dense.

To have the best chance of finding life, astronomers look to a star’s so-called Goldilocks Zone. This is an area surrounding a sun with the right temperature for a planet to have liquid water.

Finding a planet big enough to have a thick atmosphere would also be promising. The northern and southern lights – or auroras – are beautiful reminders of the Sun’s powerful radiation washing over Earth. Not only do they produce pretty lights, but they also produce bursts of radio waves, known as auroral kilometric radiation. The waves are reflected by Earth’s magnetic field and beamed out into space.

In theory, knowing this could help astronomers look for Earth-like planets that have atmospheres and are orbiting other stars. The only problem is that bright bursts of auroral kilometric radiation could mean super-strong solar winds. Planets with these conditions may not be a good place for life to evolve.

This article is from our Double Helix magazine – Australia’s best science magazine for kids. If you enjoyed this article, why not subscribe?

Want to hear more about our role in Breakthrough Listen?

Previous post:
Taking a closer look at the flu
Coming up next:
Teachers live-streaming science from the high seas into their classrooms