The Last Man on the Moon… goes to Canberra

The Last Man on the Moon… goes to Canberra

Gene Cernan was the last man to set foot on the moon, and has travelled nearly everywhere else on Earth - so what made Canberra his next destination?

Where do you go if you’ve been to the Moon and travelled nearly everywhere else on planet Earth? Answer: Canberra. More specifically, the CSIRO-managed, Canberra Deep Space Communication Complex (CDSCC) at Tidbinbilla, just outside of the nation’s capital. 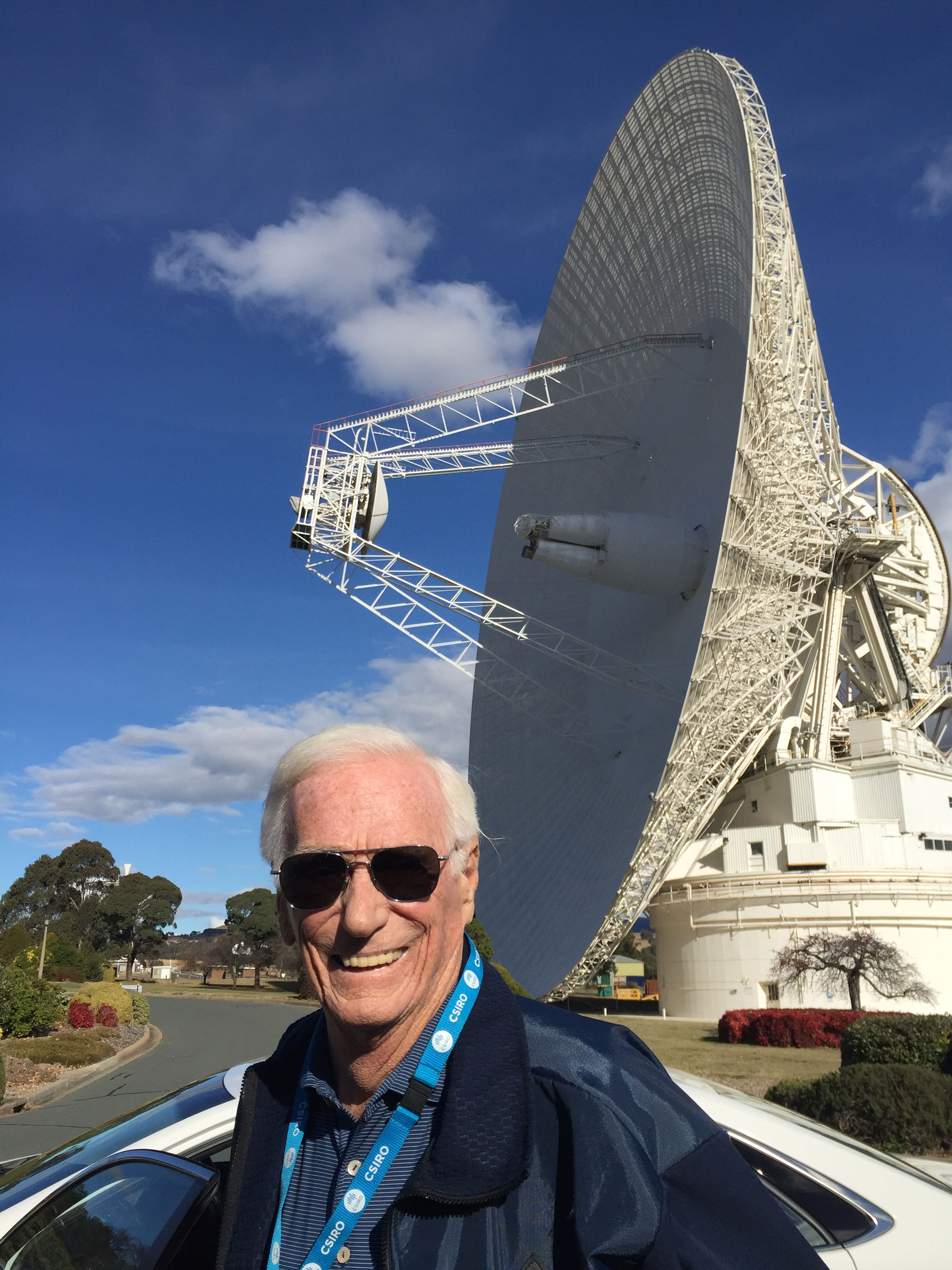 All smiles: Gene Cernan arrives at Tidbinbilla, ACT to see “his” dish.

In Australia to promote the documentary, The Last Man on the Moon, veteran astronaut, Gene Cernan dropped into the Canberra NASA tracking station to meet with staff. 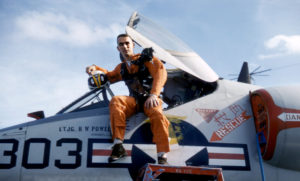 Naval pilot and soon to be astronaut, Captain Gene Cernan.

He thanked them for their years of service to space exploration, meet some space pioneering peers and to check out one or two specific antenna dishes.

50 years ago on June 3rd, 1966, naval pilot and then rookie astronaut made his first spaceflight on NASA’s Gemini 9 mission into low Earth orbit.

He later flew on the Apollo 10 mission to solve the final technical hurdles of going to the Moon before Neil Armstrong’s first historic landing in July 1969.

Two and a half years later in December 1972, he became the 12th and final human to walk on the surface of the Moon as the Commander of the Apollo 17 mission.

For that mission, Australia played a key role. 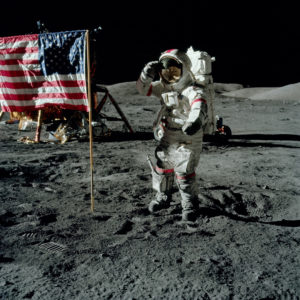 Astronaut Gene Cernan standing on the surface of the Moon in December 1972.

Already in place was the 26 metre antenna at the Honeysuckle Creek Tracking Station in the ACT.

It had supported every Apollo mission, including receiving the initial TV coverage of Armstrong’s first steps. That dish is now at CDSCC, where Gene Cernan urged it should never disappear from.

“It’s one of the last physical links still standing from the Apollo era. Even the old launch pads at the Kennedy Space Center are long gone. Don’t let them ever take away this dish,” he said.

Back in 1972, another much larger dish at Tidbinbilla, the then 64 metre antenna (now 70 metre), Deep Space Station 43 (DSS43) was still a few months away from being ‘officially’ opened.

But by December of that year it was near enough to completion to support Apollo 17 in, as the station put it, on a “best efforts basis”. 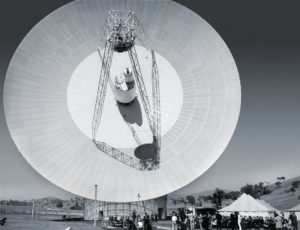 The first mission for Deep Space Station 43 was supporting Apollo 17.

Key to getting it ready was the determination of the construction and technical engineers at Tidbinbilla and the desire of then Deputy Director, Mike Dinn to ensure that DSS43 could support the final Apollo lunar landing with astronauts Evans, Schmitt and Cernan.

Mike and several ex-tracking alumni came back to their old stomping ground to meet with Gene Cernan and share stories and some laughter about the race to get the big dish ready and those heady days of lunar exploration.

Standing in front of DSS43, the veteran astronaut and those early space pioneers were joined by the current CDSCC Director, Dr Ed Kruzins. 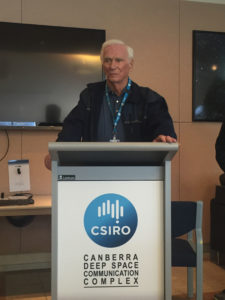 Later, addressing staff at the Complex, Gene Cernan remarked that the CSIRO team should be very proud of the role they play in exploring the universe.

“I was just the head of arrow. I was the guy who walked on the Moon. But you were the ones that made shooting the arrow into space possible. To get us there safely and back home again.”

Talking to the younger members of the team, he said that they should remember that they are the “dreamers of dreams”, “the new pioneers who will one day ensure that humans will walk safely on the surface of Mars”.

“Never lose sight of idea that everything is possible, no goal is beyond you. If you believe it, you can achieve it.” 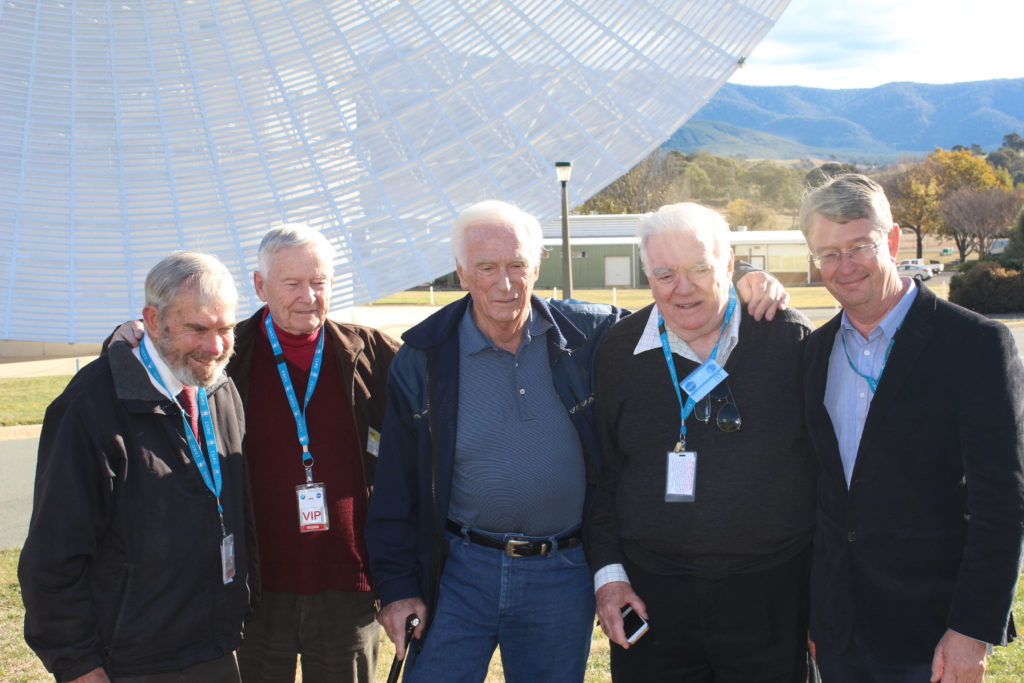 Previous post:
The terrarium in your belly and the evolution of stomach culture
Coming up next:
Enter the DRAGON (institute)