Investigator’s scientific sea trials are about to begin!

Investigator’s scientific sea trials are about to begin!

Since Investigator arrived in Hobart in early September we’ve been really busy fitting out $6.7 million worth of scientific equipment, from one end of the ship to the other.

Now it’s time to go out for scientific sea trials on the new Marine National Facility research vessel, Investigator, to check all of the gear works to its optimum capacity and to also get some training on how to operate the scientific equipment from the manufacturers.

There are some really cool bits of gear that we’ll be testing on the first voyage, including the sonar that maps the sea floor, the TRIAXUS, the radon detector and the gravity meter.

The ship is scheduled to be back in port in Hobart on 1 November, when we’re going to do a fast turn around, and head back out to sea on the same day, with a whole new group of vendors.

On the second sea trial we’ll be testing and calibrating the research trawling capability, deep water sea floor core sampling, and more sonar like the sub-bottom profiler, which is able to collect data up to 100 metres into the sea bed.

Previous post:
Four ways to lose weight and feel ‘electric’ this summer
Coming up next:
Make our ASKAP telescope a star of the night sky 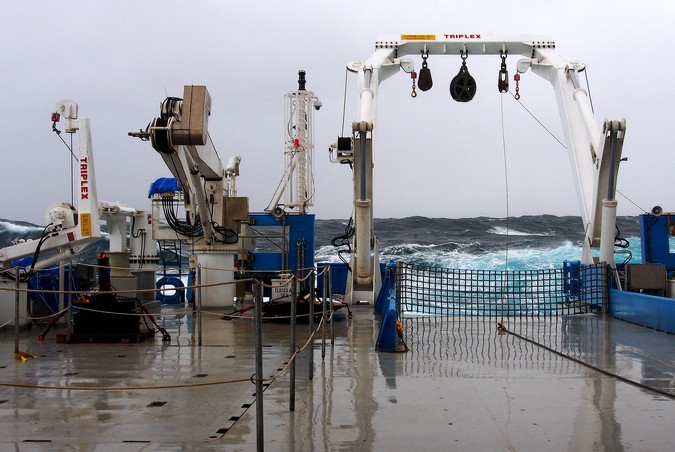