The RV Investigator provides a shipload of opportunities for science, media, art, and more. Welcome aboard the good ship science. 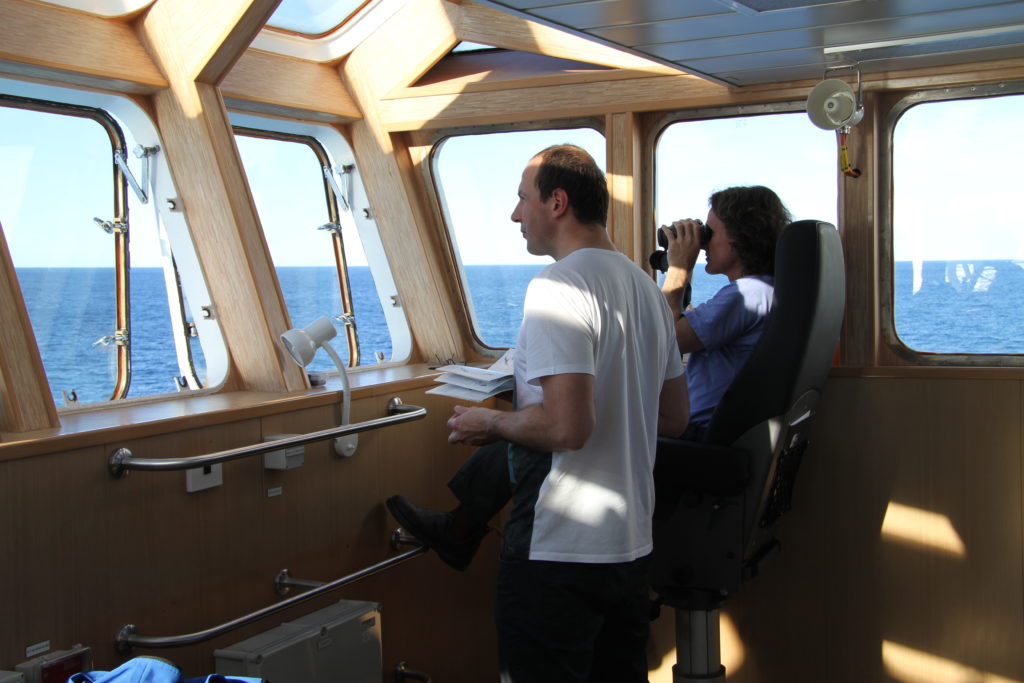 Comedian Milton Berle once said “If opportunity doesn’t knock, build a door.” Well, we went one better. We built a heap of doors, put a ship around them and invited the marine research community to come a knocking!

Our favourite science super ship has recently completed a sea trial and transit voyage, both of which gave marine researchers the opportunity to get some research on board. While these trips were not officially ‘research’ voyages, any time the ship is at sea the ship will be doing amazing science!

Our sea trials in mid-August saw RV Investigator visit the Cascade Seamount, an undersea mountain southeast of the Tasmanian mainland and bigger than Hobart’s Mt Wellington. The seamount is the remnants of an ancient volcano that once rose above the waves. The top of the seamount now lies about 600 metres below sea level and is fairly flat, providing a happy dredging ground for a team of geologists and students that joined the ship’s sea trials.

Dredging produced some interesting rocky goodness from the seamount surface, with basalts, breccias, tuffs and sedimentary rock samples all being hauled on board. Amongst the samples were some outstanding beach deposits, a reflection of when the seamount was above sea level.

The bounty was far more than expected and the supply of plastic sample bags on board was quickly exhausted. Some quick thinking and a raid of the galley resulted in remaining samples being cling-wrapped for freshness! 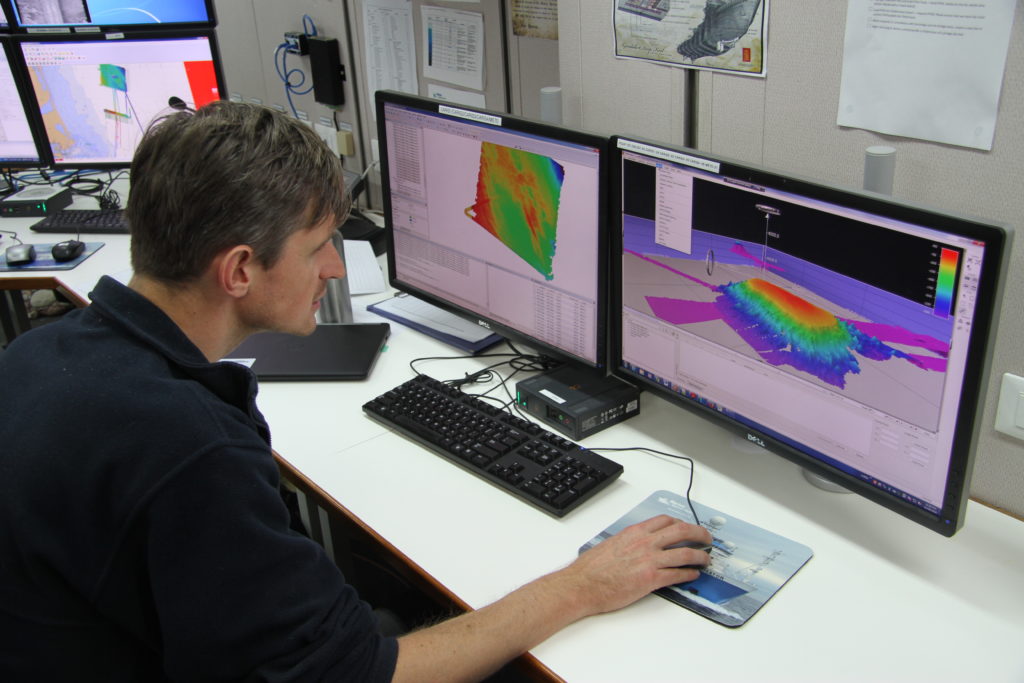 While the main purpose of the trip was to trial a range of ship equipment and modifications, the opportunity is always available for researchers to jump on board Investigator through the supplementary and piggyback application processes.

Knocking on the door for the recent transit from Hobart to Sydney were three different research projects, as well as a presenter from ABC radio. The main research project on the five day transit involved atmospheric sampling to look at natural iron fertilisation of the oceans around Australia. This research examines the relationship between iron produced from terrestrial dust, bush fires, and the marine biogeochemistry. The project also supported the training and research of two PhD students from IMAS-UTAS.

Taking up the opportunity to piggyback on this voyage was the Australasian Seabird Group, the oldest of BirdLife Australia’s Special Interest Groups. They provided two researchers who conducted continuous sea bird observations during daylight hours from Investigator’s purpose built Monkey Bridge observation platform. A wide variety of sea birds – as well as a few whales and dolphins – were seen during the voyage. One of many highlights was a brown falcon spotted harassing sea birds off the continental shelf roughly 150 km east of the northern tip of Flinders Island! 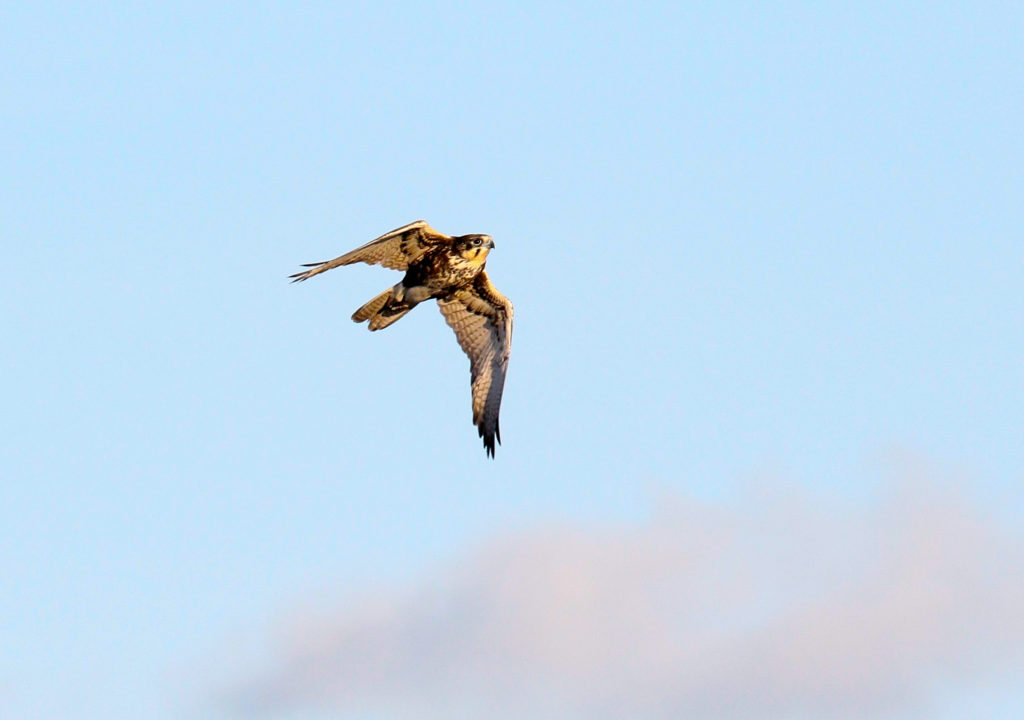 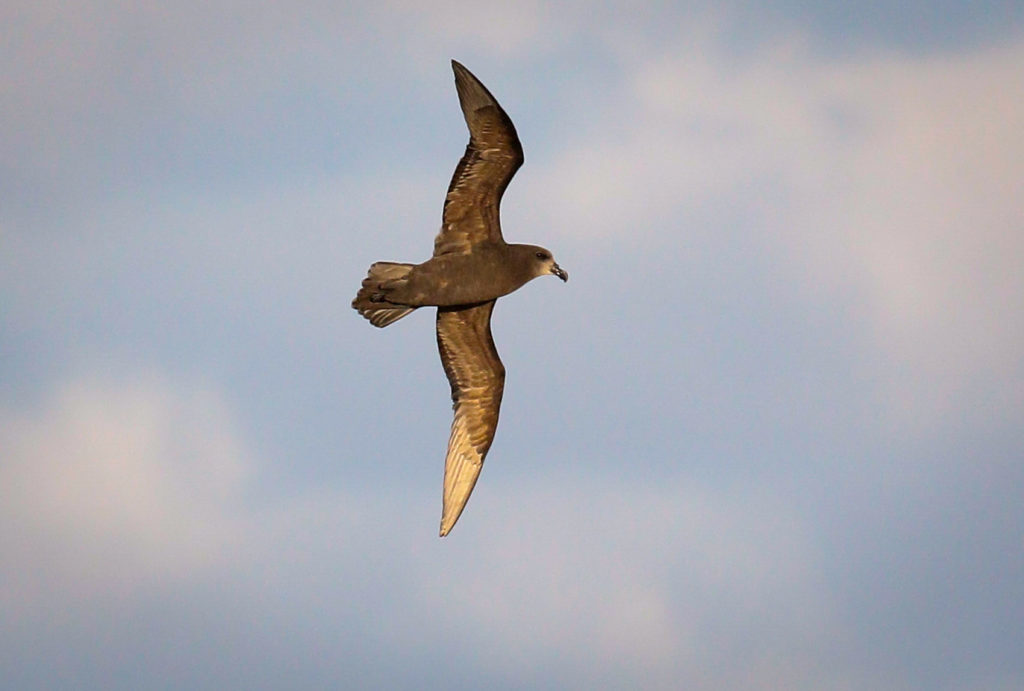 Another opportunistic project of the transit saw the Australian Hydrographic Service use Investigator’s advanced sea floor mapping capabilities to conduct an intensive survey for ‘Minnie Carmichael Rock’, an unconfirmed navigation hazard in waters east of Flinders Island. Identified during soundings made in 1846, the mapping completed by Investigator indicates that the eraser might need to be taken to future charts, with no evidence of ‘Minnie’ being found during a 24 hour survey. The opportunistic use of Investigator to map the area in detail, in collaboration with the Australian Hydrographic Service, is part of a holistic government approach to surveying and charting. 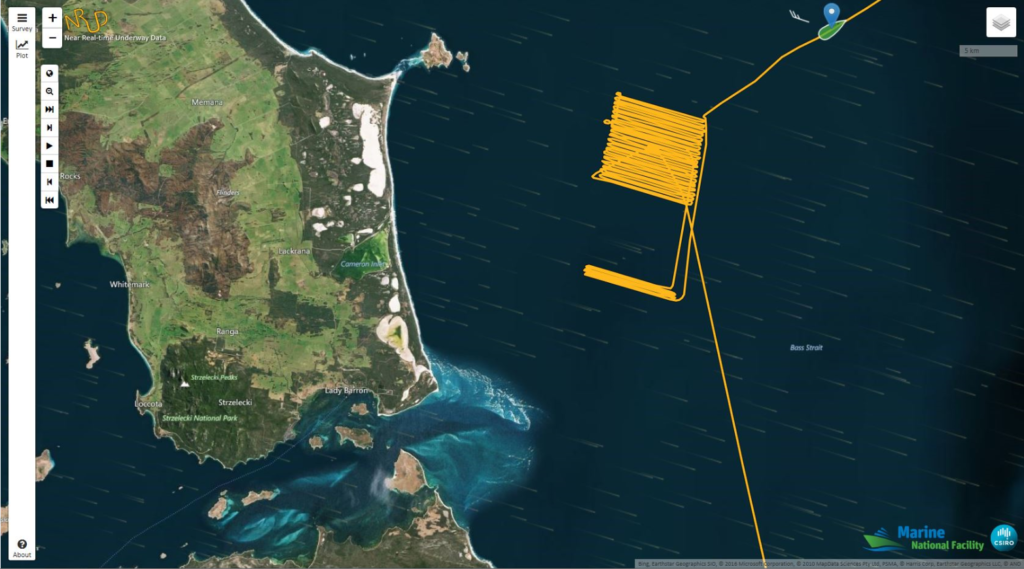 The survey track followed by the ship in the search for the elusive Minnie Carmichael Rock.

Being the cat’s whiskers of research vessels, the opportunities Investigator provides aren’t limited to only conducting science but also telling the story of science. Joining us on the Sydney transit were a gaggle of our own communicators and those from IMOS, plus Dr Ann Jones, presenter of ABC’s Off Track radio program. Ann joined the voyage to work alongside the ship’s crew and researchers to tell the story of this science super ship and its research, including a live ship-to-shore cross for ABC News24 during the voyage.

This is the great benefit that this ship provides. It is not only a platform for excellent science but also an opportunity for teachers, students and even the media to get involved in experiencing and sharing amazing science and discoveries at sea. 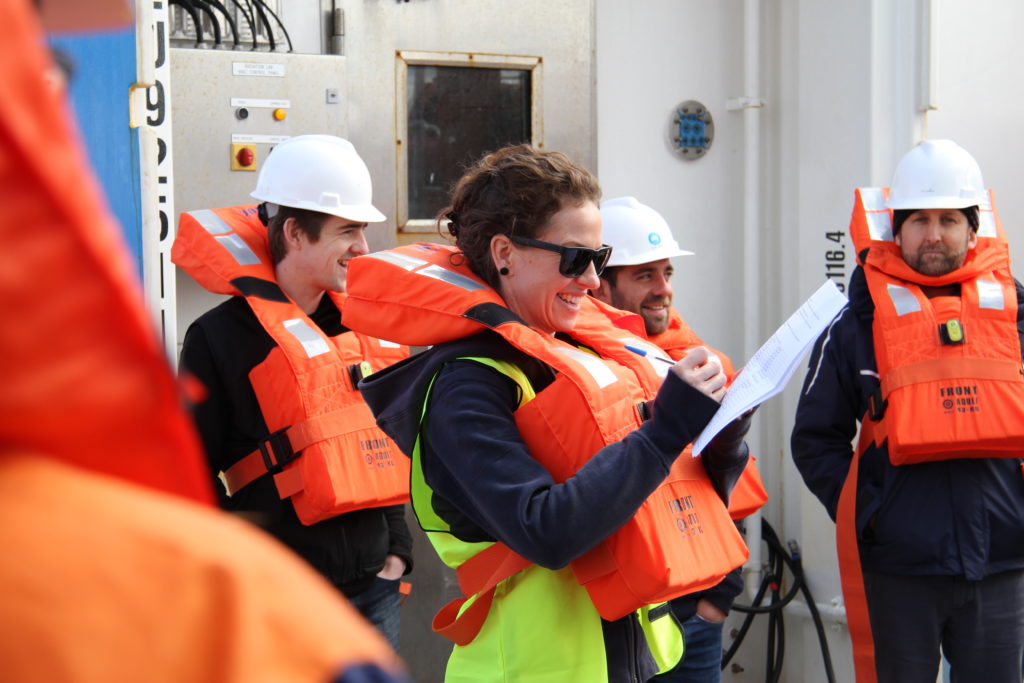 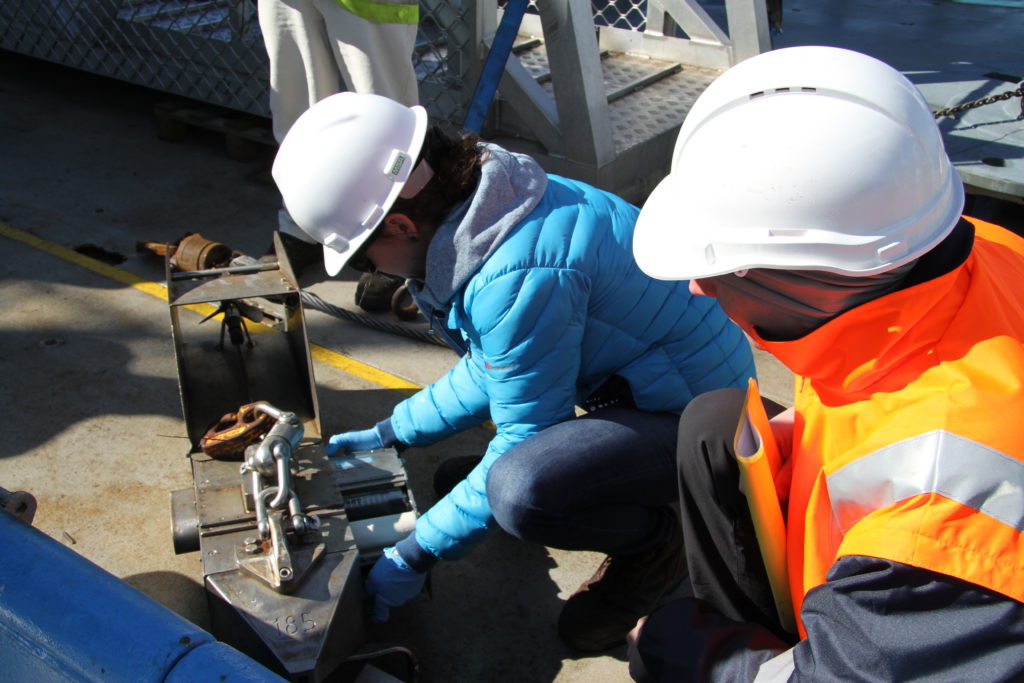 From Sydney, Investigator will now venture north in a number of research voyages to study the marine environment along Australia’s east coast and around the Great Barrier Reef.

Find out what doors Investigator opens for you by visiting the MNF website and exploring current piggyback opportunities page. We invite you to come a knocking!