Scientists go back to the abyss – tropical edition!

Scientists go back to the abyss – tropical edition!

Our research vessel (RV) Investigator departs Darwin today for a 45-day voyage of biodiversity discovery in the tropical waters of the Indian Ocean. 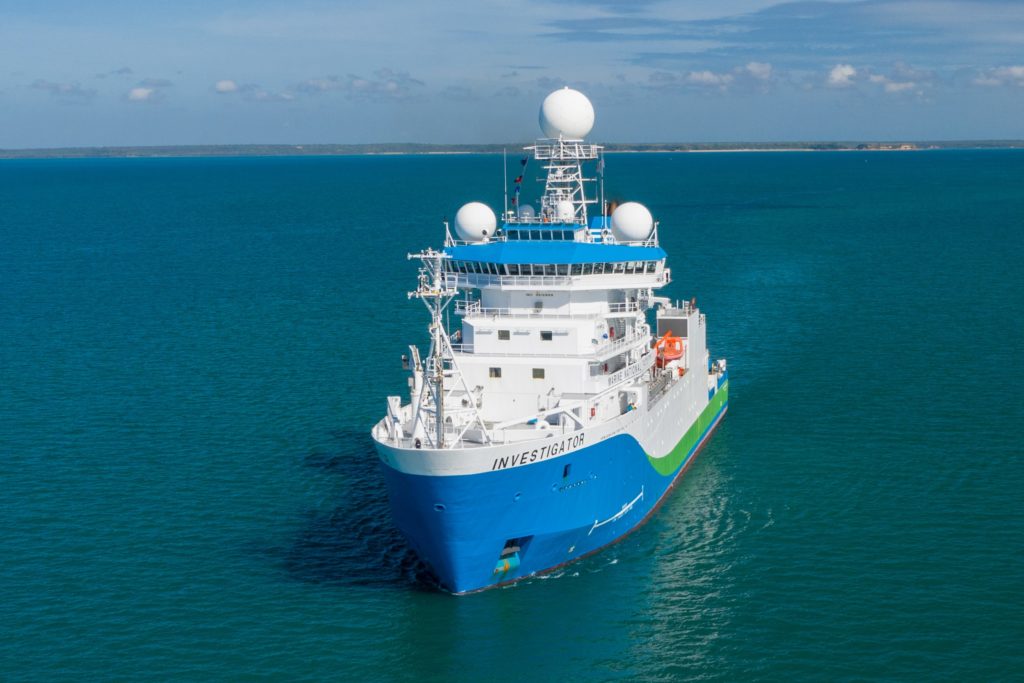 RV Investigator will take researchers on a voyage of biodiversity discovery in the Indian Ocean. Image: Tauri Minogue.

We know very little about the marine biodiversity around the remote Christmas Island and Cocos (Keeling) Islands. Together, these make up Australia’s Indian Ocean Territories (IOT).

Scientists on board our RV Investigator will undertake a world-first survey. They will be surveying the marine biodiversity of the massive seamounts that make up these islands.

These seamounts are ancient underwater mountains, dating back to the late-Cretaceous around 65-80 million years ago. Isolated and old, they could be home to ancient communities of fish and marine invertebrates.

Dr Tim O’Hara from Museums Victoria is the Chief Scientist of this voyage. He said they were expecting to make many new discoveries.

“We know the region is covered with massive seamounts formed during the dinosaur era and we know the region sits at a critical juncture between the Pacific and Indian Oceans. We are really excited about the prospect of discovering new species, perhaps even new branches of the tree of life, which until now have remained hidden beneath the waves in this unexplored region,” Tim said.

The voyage follows the success of the Sampling the Abyss voyage in 2017. This voyage explored the biodiversity of abyssal waters off the coast of eastern Australia. Dr O’Hara and Museums Victoria also led this voyage. As a result, it led to the discovery of new deep-sea creatures from this deep, dark, alien world. 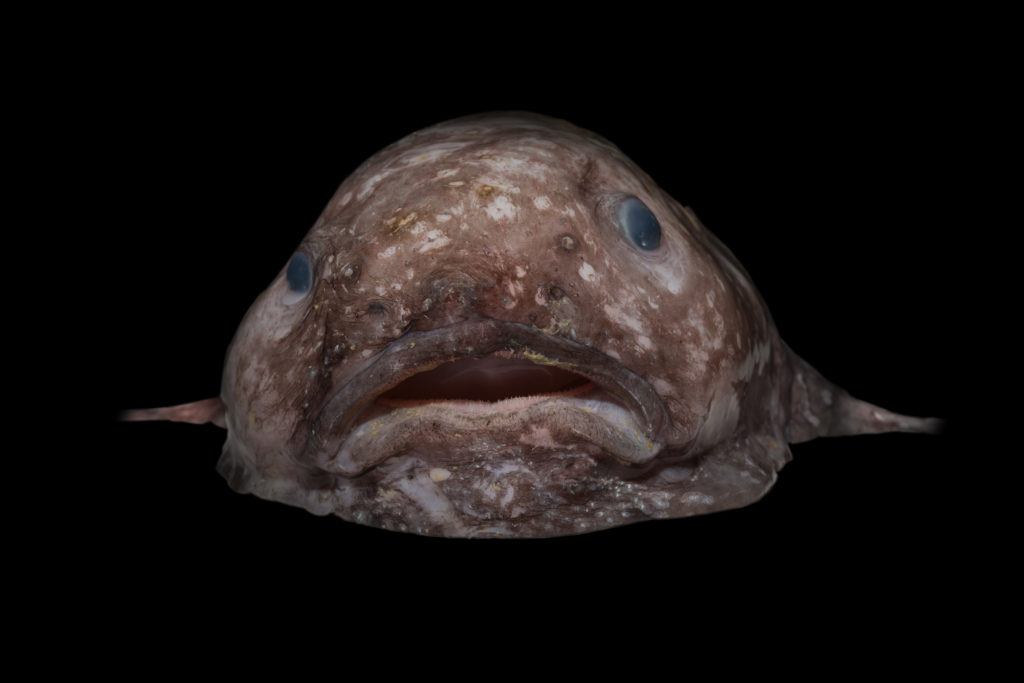 A blobfish, collected and photographed during the 2017 ‘Sampling the Abyss’ voyage on RV Investigator. Image: Rob Zugaro-Museums Victoria.

Researchers will use a variety of scientific equipment to survey biodiversity. This includes nets and epibenthic sleds. These will collect samples from 60 metres all the way down to abyssal depths of 5500 metres. Deep tow cameras will collect imagery of marine life and habitats.

This research will support the creation and management of new marine parks for the region recently announced by the Australian Government.

The science team will also use RV Investigator’s high-tech multi-beam sonar to map the seafloor to contribute to AusSeabed and global mapping projects.

Additionally, scientists from the Australian National Fish Collection will use the voyage to study the genomics of snout elongations in deep-sea fish.

Get involved without getting wet

Bush Blitz is also on board to share discoveries with schools and the community. Known for biodiversity surveys on land, this is Bush Blitz’s first completely underwater survey.

Follow the team’s discoveries on social media via the hashtag #InvestigatingtheIOT.

Schools can also register for live crosses from scientists at sea at the Bush Blitz website. 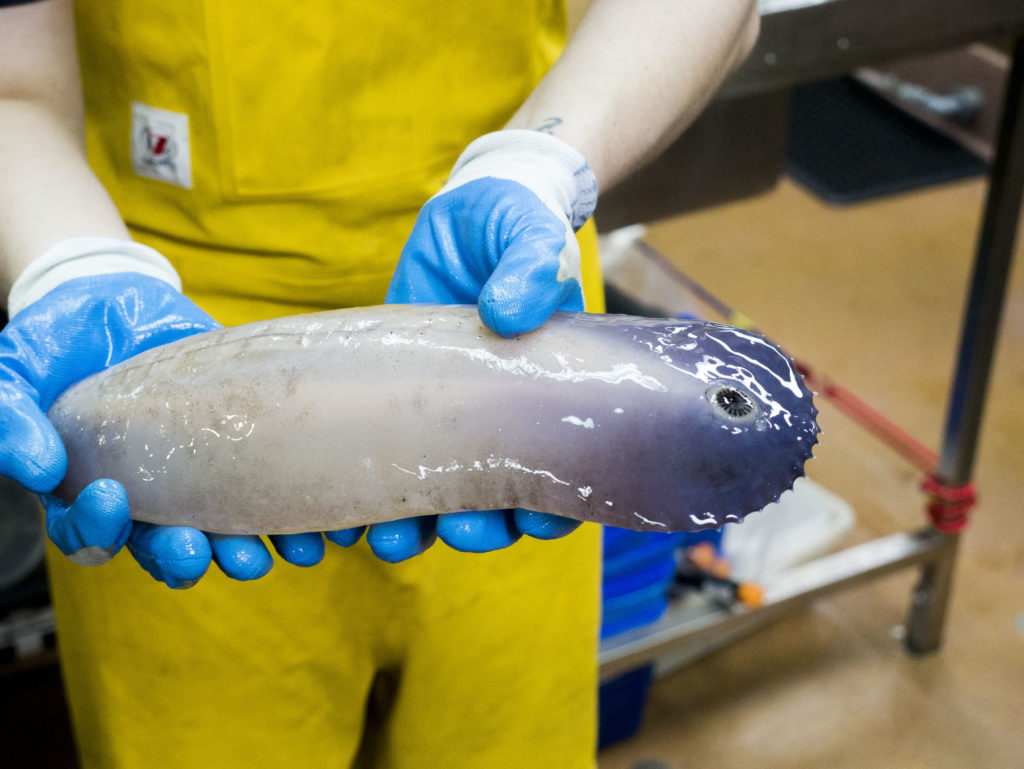 If you’d just like to dream of a tropical science adventure, we’ve got you.

During this voyage you’ll have the option of two live streams of tropical science! RV Investigator will broadcast live 24/7 vision from its camera on the bridge. It will also broadcast selected underwater deep tow camera surveys during the voyage via a second live stream.

Tune into the second live stream on the IN2021_V04 voyage page and keep an eye on social media for updates on when they’ll be happening.

RV Investigator will set sail from Darwin on 30 June 2021. It will travel to Christmas and Cocos (Keeling) Islands, before returning to Fremantle on 13 August 2021.

The ‘Investigating the Indian Ocean Territories’ voyage is led by Museums Victoria in collaboration with us, Parks Australia, and a team of partner museums and universities. This research is supported by a grant of sea time on RV Investigator from the CSIRO Marine National Facility.