Insects are the great survivors in evolution: new study

Insects are the great survivors in evolution: new study 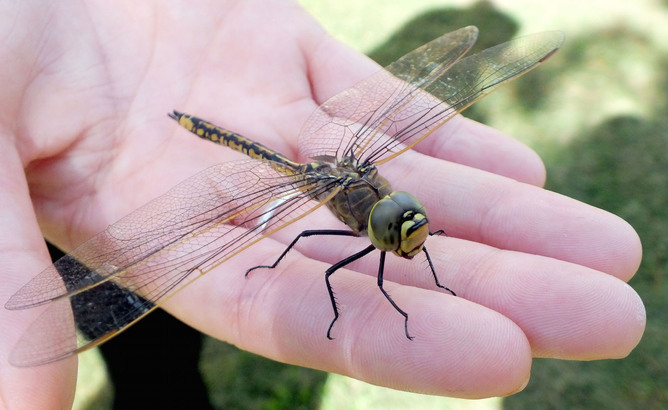 The Australian Emperor Dragonfly is only a handful compared to its ancestors who measured more than 60cm. Flickr/Daniel lightscaper, CC BY

The time and date of the origin of insects and their pattern of evolution and survival over millions of years is revealed in a new study, published today in Science magazine.

Insect relationships have always been very difficult to unravel because of the sheer diversity of insect life – one in every two multicellular organisms (animals and plants) on Earth is an insect. Another difficulty was because insects evolved so long ago.

The study, a collaboration of more than 100 scientists from 16 countries as part of the 1000 Insect Transcriptome Evolution project, looked at the evolutionary history of insects.

Not only are insects diverse, they are also of immense economic and medical importance. They affect our daily lives in both positive and negative ways, from pollinating our crops to spreading diseases such as malaria.

But we can only start to understand the enormous species richness and ecological importance of insects with a reliable reconstruction of their relationships.

It’s all in the DNA

The researchers used a DNA sequence dataset of unprecedented scale and new analysis techniques. This allowed them to look deep back in time to when insects evolved from crustaceans (crabs, lobsters and prawns) and emerged onto land between 450 million and 500 million years ago.

The research is the most recent in the emerging field of phylogenomics – the crossover between evolution and genomics. It provides a detailed view of evolution over deep time scales and over large branches of the tree of life.

Researchers sequenced all the genes from more than 140 types – such as moths, flies, wasps and beetles – and used these to calculate the relationships between all the major groups of insects.

DNA used in the search for ancestors of today’s insects such as the Cuckoo wasp (Hedychrum nobile) Oliver Niehuis, Author provided

They then compared all the gene sequences from the insects and found all the genes that were common to all species, and were directly comparable.

A major challenge of these analyses is to find the right genes to compare. Evolution tinkers with genes and modifies old genes for new functions, hence many genes are copied, and most organisms have many similar copies of genes in their DNA makeup.

After a strict selection process the researchers found 1,478 directly comparable genes for the analyses – a much larger set than had been available before for this kind of analysis.

The analysis team then integrated fossil evidence with the genetic dataset and models of molecular evolution to estimate when the different groups evolved.

The study shows that insects originated at the same time as the earliest terrestrial plants about 500 million years ago. The closest relatives of the first insects were probably similar to silverfish, modern primitive insects that have never evolved wings. 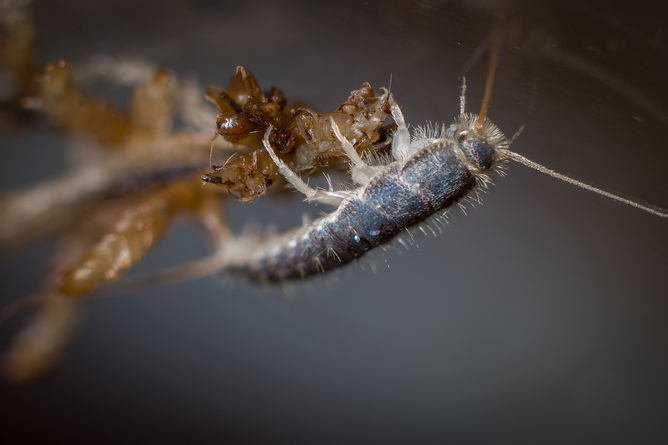 Nothing much has changed in the Silverfish (Lepisma saccharina).
Flickr/Stanislav Sedov, CC BY

The analyses suggest that insects and plants shaped the earliest terrestrial ecosystems together, with insects developing wings to fly about 400 million years ago.

This was long before any other animal could do so and occurred almost as soon as land plants developed height.

We can only speculate as to why these ancient insects adapted so quickly. Modern insects have large population sizes and extremely plastic, modular anatomy that gives them great advantages in being able to capitalise on new opportunities in the environment.

The closest modern relatives of the first winged insects are dragonflies and mayflies, and large dragonfly relatives with a wingspan of 60-70cm existed not long after insects first developed wings.

Thank goodness these large, swift general predators with slashing mandibles are not around today! Insects (and angels) are the only group of flying animals that have not given up a pair of arms or legs for wings. 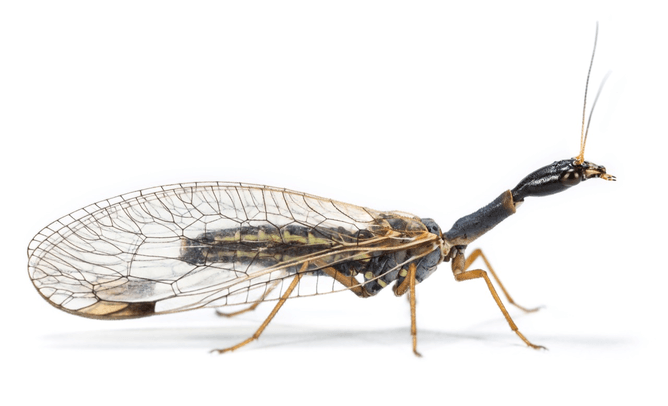 The study confirms recent evidence that termites are just social cockroaches – cockroaches that have lost their wings, live in large colonies and have developed different body shapes (castes) within the same species for different duties in the nest.

While many other groups, such as dinosaurs, were affected by mass extinction events, insects seem to have sailed on regardless.

Because they have adapted to virtually every terrestrial environment, many insect groups survive extinctions and then diversify by quickly adapting to new situations and opportunities that appear after such biodiversity crises.

In many ways evolution is a numbers game, and the large population sizes of many insects mean that there is a good chance that favourable mutations will arise somewhere, sometime that allow insects to exploit new situations quickly.

We see this today as insects quickly develop methods to detoxify new insecticides and become resistant.

The future of insect survival

The study reinforces the great importance of understanding insect biology for the future of human kind. That insects have been on the planet for almost half a billion years and flourished is simply because they are literally everywhere and adapt quickly to new environments and opportunities.

Insects will likely feed on the last vertebrate carcass on the planet. So we would be wise to prepare for a long and arduous battle each time we compete with insects for resources.

We now have a very detailed and precise view into the genetic constitution of insects. In future it will become possible to comparatively analyse metabolic pathways of different insects and use this information to more specifically target undesirable species.

The study will enable researchers to link the ecological responses of insects to their genetic makeup in new and exciting ways.

Buoyed by the success of this study the research consortium – which includes CSIRO – is now embarking on a huge analysis of more than 2,000 insect genomes.

This will provide a more detailed evolutionary canvas and timescale, and enable the consortium to ask exactly how insects responded to the crises and opportunities that appeared during their long and successful occupation of planet Earth.