How much privacy would you be willing to give up if you were tracked for your health and safety?

Imagine if all these people were gathering valuable data for public benefit? Image credit – Scott Cresswell/Flickr

We can learn a remarkable amount of information about an individual, such as their health or safety, and about the surrounding environment simply by placing a tracking device on them.

For example, consider the recent Tianjin chemical warehouse explosions, which killed 173 people. Investigators found that the explosions occurred because the warehouse was storing hazardous material both unsafely and illegally.

What if authorities had received early warning of this illegal stock limit, or of the condition of the nitrocellulose which sparked the fire when it dried out and overheated?

This is where tracking can help solve problems and, most importantly, save lives. At CSIRO’s Data61, we have developed a personal safety badge for ensuring safety in the workplace.

The badge tracks the wearer’s position both indoors and outdoors via Bluetooth and GPS, and picks up exposure to harmful gases and radiation through dedicated sensors. The primary aim of the badge is to detect any elevated levels of exposure to chemicals or radiation and to notify the worker and the employer for remedial action.

Workers using the safety badge effectively become mobile sensors that can tell us what is happening in the entire workplace site. Because they move around, the badges can sample the area at different locations and times, allowing us to cover the site much more effectively and affordably than with current fixed sensors.

If workers at chemical warehouses such as Tianjin were wearing such badges with the appropriate sensors, elevated levels of harmful chemicals could have been detected early to alert the authorities and prevent any disasters from occurring.

Micro in size, macro in potential

Tracking of individual animals is equally insightful. We placed tiny solar-powered tracking devices on flying foxes that included GPS and other sensors that could monitor temperature, pressure, solar exposure and sound.

The information from these sensors not only tells us a great deal about how bats disperse seed across the landscape, but also gives us insight into the animal’s capacity to spread viruses.

The tagged animals also effectively become mobile environmental sensors. They can reveal valuable information about the environmental conditions in large swathes of the landscape for which we never before had access to.

For instance, temperature data from moving sensors tells us about conditions at the locations where the animals are travelling. A microphone can even capture the soundscape from remote and inaccessible areas.

Similarly, one can place trackers with gas or noise sensors on public transport fleets, such as shared public bicycles, buses, trains, trams and ferries. These vehicles then provide a mobile pollution or noise monitoring infrastructure for the city for minimal cost.

As sensors shrink in size, it will become feasible to incorporate more of them on the trackers. Sensors that detect threats to human health or the nation’s biosecurity will soon find their way into these tiny devices. As a result, the mobile trackers will be able to provide early warning of harmful threats in their vicinity.

Naturally, ethical and legal questions around privacy, data ownership and reuse will have to be considered in both public and private sectors. 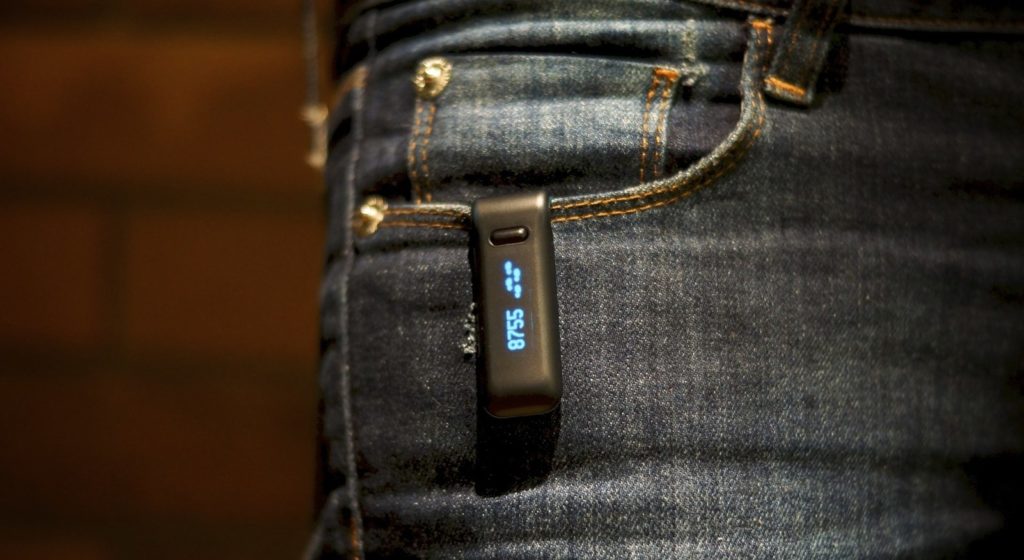 We already gather a lot of information about our selves via devices such as FitBit. Image credit – Denis Kortunov/Flickr

However, tracking need not rely on dedicated devices. The smartphones and wearable devices we carry every day already track our location and record information about our environment. While the public has become increasingly aware and concerned with the privacy implications, there is a silver lining for tracking people.

In fact, recent research has shown that location information for mobile phone use can help pinpoint the sources of infectious diseases, such as malaria, at a national scale. A similar approach could be applied to other outbreaks of infectious disease. In fact, global airport traffic patterns can predict the timing of the spread of an epidemic across countries and continents.

In Australia, we are working on projects that use multiple types of available data on people movement, from geo-tagged Tweets to mobile phone records, to predict and preempt the spread of mosquito borne diseases like dengue fever. Such efforts offer clear potential benefits to public health outcomes, from reducing the infection rates to higher confidence in government responses. 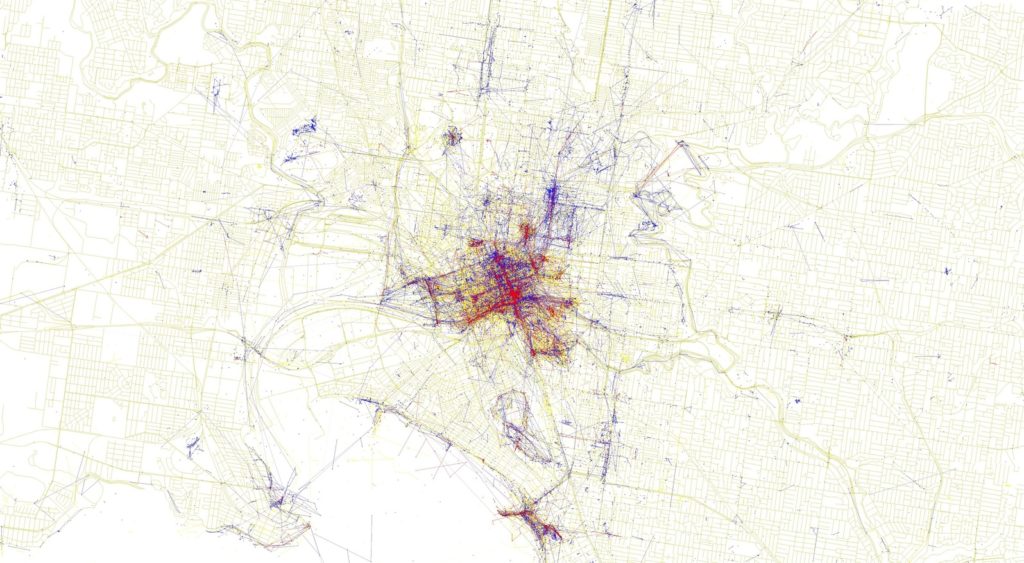 However, the benefits need not come at the cost of loss of privacy for individuals. It is critically important that such human tracking efforts follow strict ethical frameworks in the use of data. For instance, eliminating any identifiable information from any study is a first step, but this is insufficient.

Movement patterns of individuals could be used to infer their identity by tracing their most frequented locations to street addresses. Fortunately, the studies that use people movement as a proxy for disease spread can typically proceed on aggregate data from the population.

In that scenario, the patterns of individual movement are combined to capture how the major flows are occurring within the landscape. These flows can then be used to project the areas of highest risk of disease spread and guide targeted management actions in response to those risks.

Two domains where such tracking might yield the first benefits are health and biosecurity. This technology could be applied to track the geographical progress of infectious diseases, assisting with both prevention and preparation.

Electronic tagging of consignments of goods entering the country could assist with biosecurity, allowing us to quickly pinpoint the source of pest incursions. Transport is not far behind, with map-based applications offering updates on traffic conditions in return for sharing your position and speed.

Information is incredibly valuable, and tracking technology can provide a wealth of information about us and our environment. It already does so for wildlife, and it can do the same for people.

If we can solve the privacy and security issues, then the technology to track ever smaller things for longer durations can provide a wealth of data for building new services of public benefit.

The question remains: how much privacy are we happy to give up for the potential benefits new tracking technology can do for mankind?

Previous post:
Don’t be alarmed: AI won’t leave half the world unemployed
Coming up next:
24/7 immunity from lethal diseases? It’s in the bat, man!