How to create wealth from waste and reduce our landfill

How to create wealth from waste and reduce our landfill

Not a pile or rubbish but a rich urban mine of recyclable material. Image: Shutterstock/kanvag

While Australia’s rich stocks of raw mineral resources have contributed to the nation’s wealth and given us a competitive advantage we are also one of the highest waste producing nations in the world (on a per capita basis).

In 2009-10 we dumped 21.6 million tonnes of household and industrial waste in 918 landfill sites around Australia. Of all the waste we produced we recycled only about half (52%).

But can we do things differently? Can we change our production and consumption patterns to generate wealth from what we currently designate as waste?

Consider e-waste, which is the old TVs, DVDs, computers, household appliances and other electrical goods that we throw away. This type of waste has emerged as one of our fastest growing waste streams but only about 10% is recovered or recycled. 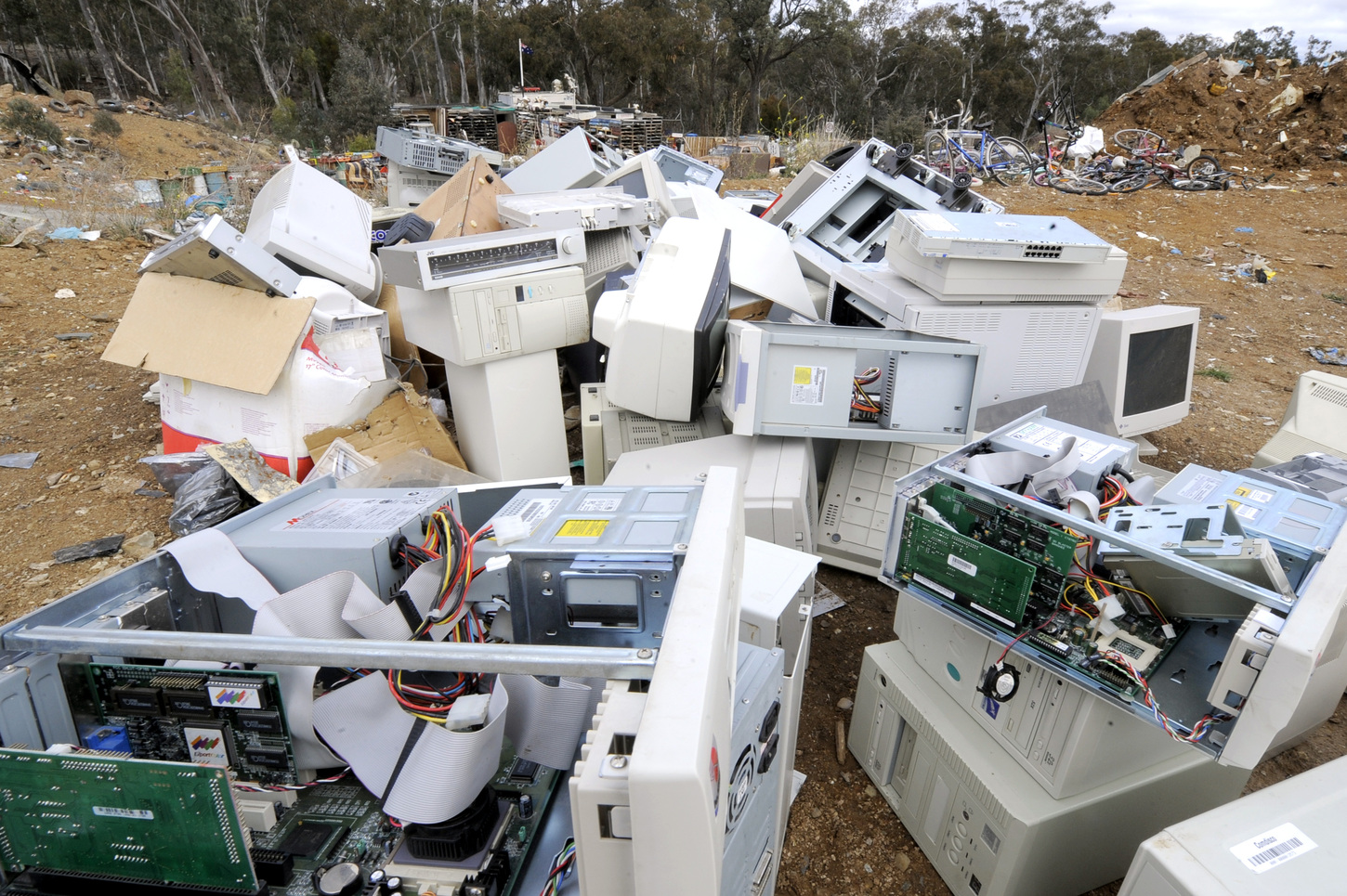 Obsolete computers and accessories shouldn’t end up in landfill when they can be recycled for metals and materials. Image: AAP/Alan Porritt

But e-waste devices also include valuable metals such as copper, silver, gold, palladium and other rare materials which means they are also ending up in landfill.

By 2008 we had already sent some 17 million televisions and 37 million computers to landfill, according to the Australian Bureau of Statistics (ABS).

But if 75% of the 1.5 million televisions discarded annually could be recycled we could save 23,000 tonnes of greenhouse gas emissions, 520 mega litres of water, 400,000 gigajoules of energy and 160,000 cubic metres of landfill space.

Another way of looking at this is to compare gold yielded from an open pit mine with that from discarded electrical goods. Mining yields 1 to 5 grams of gold for every one tonne of ore. From the same quantity of discarded mobile phones and computer circuit boards, you can extract 350 grams and 250 grams respectively.

In a world increasingly addressing issues of sustainability, it’s no wonder that such end-of-life products are now being seen as urban mines – valuable sources of above-ground metals which can be recycled and reused.

That is the concept of the “circular economy”.

There is already some extensive recycling activity in Australia, helped by schemes such as the national Product Stewardship framework which encourages people to reduce waste.

But we still lose significant amounts of valuable and recyclable materials into landfill and park valuable metals in tailings and spoil heaps.

Given Australia is already a global leader in primary resource production from the ground, it is timely to think about how we might also adapt and grow our expertise to mine and process above ground stocks and remain at the cutting edge.

Can we lead the urban mining revolution?

Globally, there is already growing capacity and innovation in recycling. 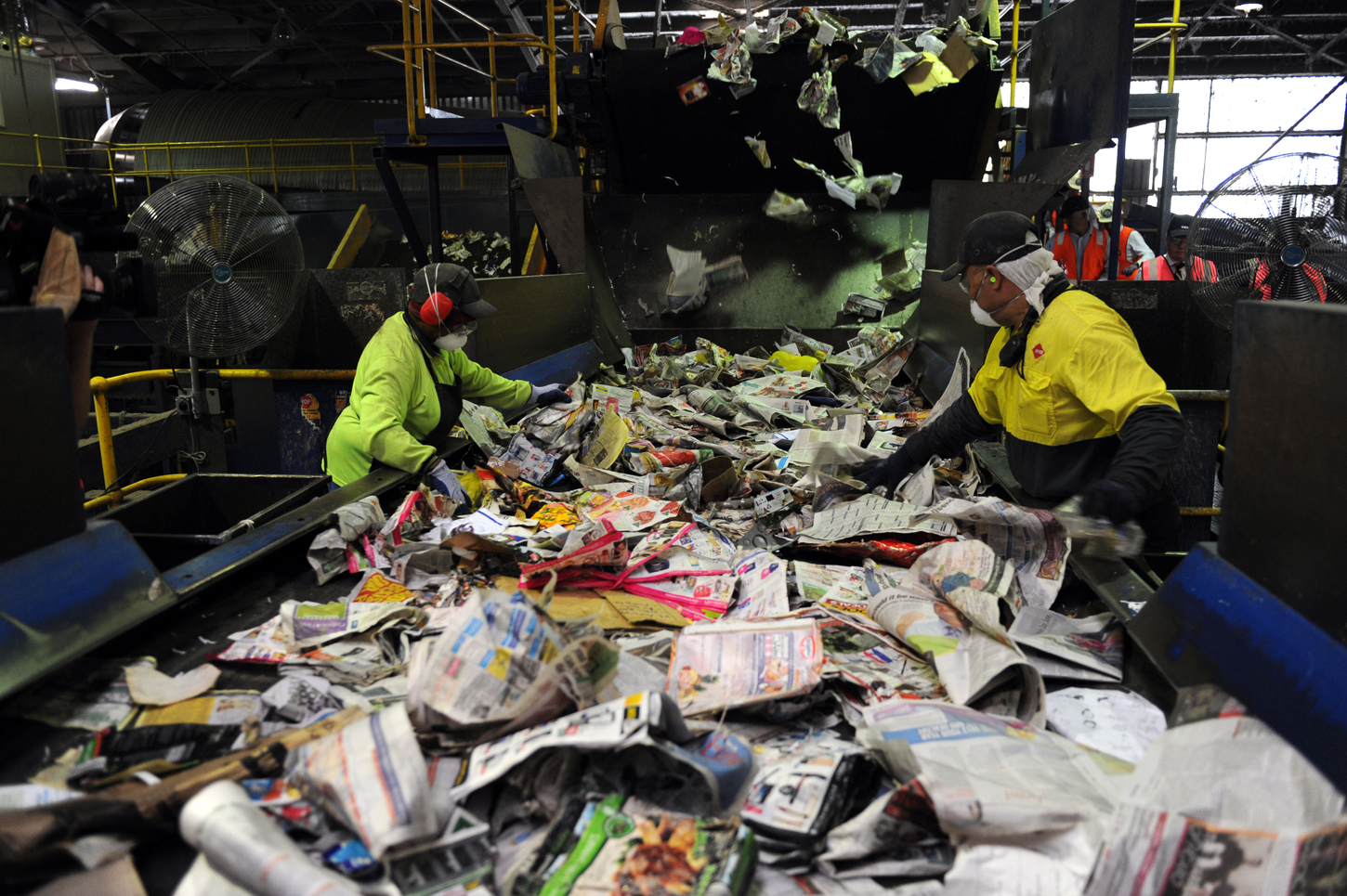 Some recycling of rubbish is being done, such as at the Visy recycling plant in Brisbane, but we can do more. Image: AAP/Dan Peled

So the potential is there to diversify and adapt Australia’s skills and technologies to support the new forms of processing and manufacturing in this circular economy.

Why don’t we do this?

A major challenge lies in the ability to persuade people and industry to see waste products as a resource rather than a liability. We need to create more responsive manufacturing, processing innovation and new business models around recycling.

This will challenge the way we currently operate as a nation and ask us to rethink how we relate to consumer markets around the world.

We can’t keep relying solely on our raw mineral resources. Some commentators are now discussing materials scarcity as a bigger issue than energy scarcity.

This scarcity is driving a move towards a circular economy – one in which the value created by inputs (materials, energy and labour) is extended by enabling a material life that goes beyond product life. So we go from mineral to metal, to product, back to metal and so on.

By understanding such economies and value of how this chain operates in Australia, we can begin to understand, at scale, the barriers and opportunities to more sustainable consumption and production in a resource limited future.

Looking for a new solution

That’s why CSIRO and its university partners led by University of Technology Sydney are today launching the Wealth from Waste Research Collaboration Cluster to do just this.

Too much rubbish – Australia leads the way in waste per capita. Image: Waste Atlas

Although the technological challenges of complex materials processing are fascinating, it is innovative business models that hold the key to unlocking the wealth in our waste.

We also need to understand more about the cultural norms to see what needs changing.

Clean Up Australia found that around 14 million phones sit unused in drawers or cupboards, that’s equivalent to almost one unused phone for every two people in the country.

Although 90% of the materials within a mobile phone can be re-used, globally less than 10% of mobile phones are actually recycled. So why when we already have a solution do we not act to recycle our waste?

The research programme will be about finding new ways of doing things that accommodate our relatively small domestic materials market and challengs the mindset that size matters when it comes to complex materials processing.

If we wish to add urban mining to our global mining reputation then we need to couple research, industry and policy transitions for success in a future where recycling is an integral component of resource productivity, not a niche specialism.