How can we commercialise to innovate?

How can we commercialise to innovate?

We’re celebrating the launch of Main Sequence's second fund, raising an impressive $250 million. Even more exciting is the commercialisation model we’re focusing on with Fund 2, which we’re calling ‘Venture Science’.

In May 1926, the Australian inventor of the Sunshine Harvester, Hugh McKay, died. His homegrown invention had created the largest factory in Australia at the time, peaking at 3,000 workers, and transformed Australian agriculture.

Five days after McKay’s death, then Prime Minister Stanley Bruce gave the speech that would call into creation the CSIRO as we know it today, to “bring about co-operation” between industries, universities, and “every other agency at present handling scientific questions”.

Simply put, it was formed to be a national point of connection for research and industry.

His speech listed the successes of science agencies in the US and UK – but overlooked McKay, whose inventor-entrepreneur streak wasn’t recognised as being remotely connected to the question of universities or science institutes.

Nearly 100 years later and Australia still faces the same problem. Our universities have grown from about 15 in 1926 to more than 40 today, and our distinctly Australian industries in 1926 have diversified to reflect the global marketplace – but we still don’t have a national approach to commercialisation that embraces a diversity of paths to innovation.

Innovation is a team sport, but it needs a level field to bring players together. A national commercialisation hub could tackle the many barriers to commercialisation in Australia, like a consistent approach to Intellectual Property, and matching breakthrough research with the fastest pathways to market.

I’m living proof of this challenge. I nearly took the university career track after my PhD because in Australia, that’s what you do with a PhD.

Instead, I decided to spend a year in Silicon Valley and see what my science could do. Twenty six years and six companies later, I came home to Australia to see if CSIRO could be the catalyst our innovation system needed to turn great Australian science into commercial success, and deliver jobs and economic growth here in Australia rather than taking them overseas. We also wanted to broaden Australia’s idea of commercialisation to consider scientist-entrepreneurs and venture science, because the more we do here, the more likely it will stay here and grow here. 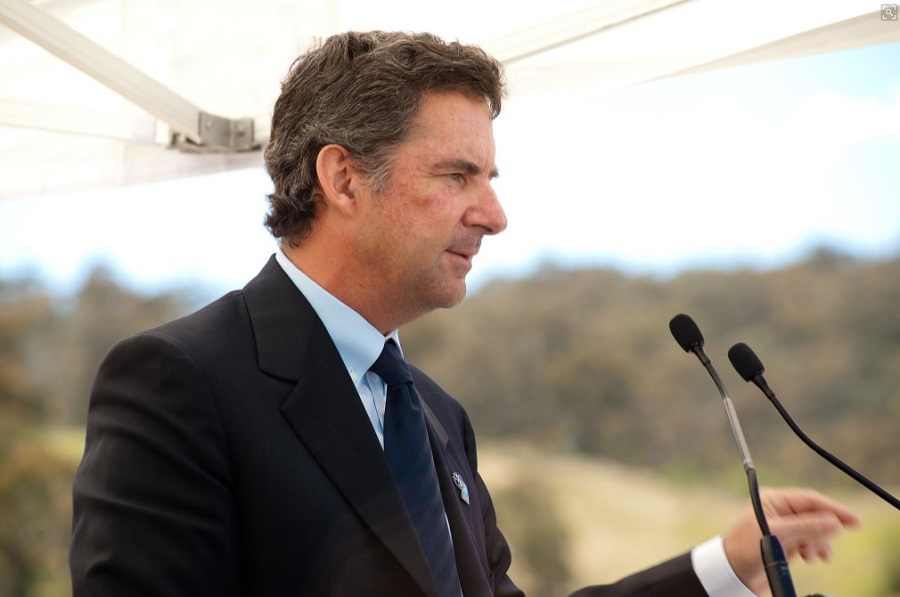 A picture of Larry Marshall.

CSIRO’s innovation catalyst strategy in 2015 set out to turn this vision into reality.

A catalyst can only work in collaboration, and only if it has the right ingredients around it, and we believe Australia has all of those ingredients – world class research, commercialisation expertise, uniquely Australian industries, and a growing investment community. The challenge was bringing all these ingredients into the same place.

Working with universities, we created the ON Accelerator to take scientists and their ideas through a rapid change program where they could fast fail their concepts and upskill their business acumen. In five years, ON has helped to create 62 new companies by supporting almost 3000 researchers from across CSIRO and 39 universities to take their ideas through to business concepts.

ON out-performed the US I-Corps accelerator, run by the National Science Foundation, roughly 2:1 for capital raised. More than that, it gave Australians solutions from science, like the CSIRO spin-out Coviu telehealth, which, during the pandemic, raised $6 million in capital, quadrupled their team, and saw a 10,000 per cent increase in web traffic.

We also created the CSIRO Innovation Fund, managed by Main Sequence, to create, fund and accelerate deep tech companies that solve the world’s biggest challenges, and carry them across the ‘Valley of Death’ into commercial feasibility. To date, the Fund has invested almost $115m in helping to create 26 companies and hundreds of jobs, translating science from CSIRO and 16 Australian universities into problem-solving businesses.

They’ve invested in companies like quantum software developer Q-CTRL out of the University of Sydney, which has grown to a business of nearly 40 people; and Artificial Intelligence/Machine Learning company Fivecast, which spun out of the Data to Decisions Cooperative Research Centre (D2D CRC) and is growing in both Australia and the US.

This week we’re celebrating the launch of Main Sequence’s second fund, raising an impressive $250 million. Even more exciting is the commercialisation model we’re focusing on with Fund 2, which we’re calling ‘Venture Science’.

Our deal creation model for venture science starts by identifying a great challenge and a global opportunity, then assembling the team to tackle it. This brings together Australian science capability and infrastructure for testing, a pathway into market through a leading industry player, and venture investment to create a brand new company.

This is how deals were done when I was at Stanford, and it is the best way I know of to get science out of the lab. It’s how we created alternative protein company v2food, which has raised $112 million.

While these initiatives are aimed at commercialising more of Australia’s world-class research, they have not succeeded in a vacuum.

They grew on the foundations of CSIRO’s overall commercialisation program, which since 2015 has increased CSIRO’s equity portfolio tenfold and oversees over 450 active licenses. In fact, the Innovation Fund was founded with royalties from CSIRO’s WiFi patent. Our commercialisation program also connects businesses with researchers in universities, and places PhD candidates in businesses, among other models to suit different innovation needs.

We’re proud of the role we’re playing in the start Australia has made – but it is only a start.

Prime Minister Bruce’s vision for CSIRO was to deliver stronger impact through a unified approach, and that is still at the heart of CSIRO’s role today. But we know, as McKay did, that a few green shoots does not result in a harvest. A national commercialisation hub could sow a large and diverse field of innovation approaches, and deliver commercialisation at scale.

The most important factor in the success of CSIRO’s programs is that they grew in a networked ecosystem of partners, drawing on decades of trust and understanding fostered between universities, businesses, government departments, and communities.

This is fertile ground, cultivated for over a century, and it’s ripe for its next crop. As we approach 100 years since the passing of McKay, our vision reflects the legacy of his Sunshine Harvester – not just to survive the valley of death, but to leap across it, and flourish in the sunrise of a new innovation ecosystem for Australia.

This article first appeared on InnovationAus.

Previous post:
Four reasons insects could be a staple in Aussie diets, from zesty tree ants to peanut-buttery bogong moths
Coming up next:
Foods to nourish you and your baby during pregnancy