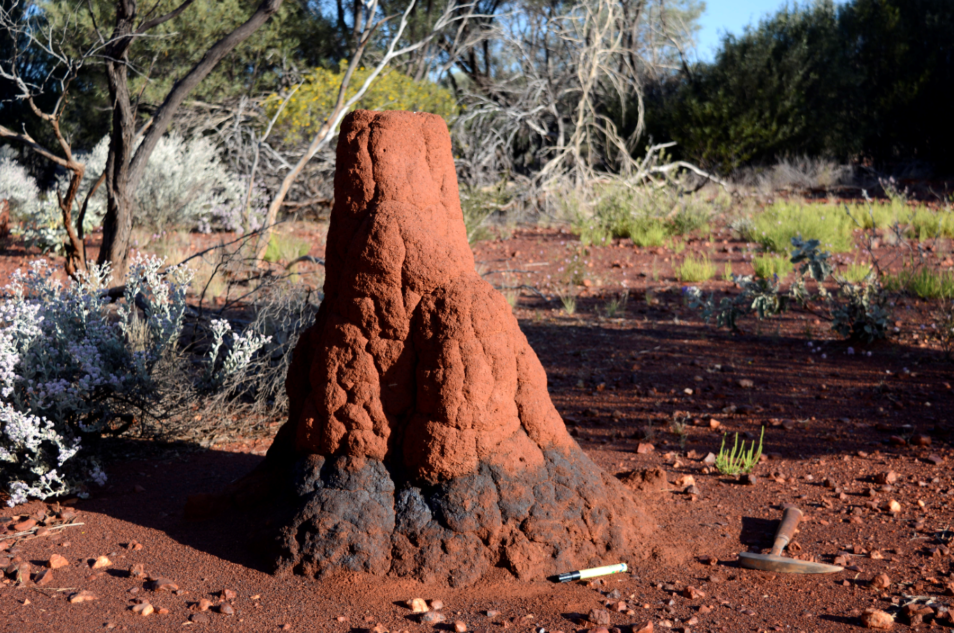 The blue shimmer of manganese crust on this termite mound in the southern Pilbara region of WA, contains zinc isotopes.

Metallic blue manganese crusts are showing up on termite mounds in the Pilbara region of WA. It looks like the mound has bling growing on it. So why are these termite mounds shining? Our researchers found the blue-grey shading may be secret signposts, revealing the presence of base metals. It’s more than a home improvement for this termite colony.

The hunt is on globally to find critical metals like nickel and cobalt, to not only build electric vehicles, but also batteries to store renewable energy. Finding new deposits of these metals is crucial to meet this rising demand. Our researchers found that the manganese crusts on termite mounds and in soils, could reveal the presence of these metals beneath the surface.

Has anyone seen my metal detector?

While we might not fit the image of your average metal detectorist, we do have some super-fly high-tech kit! Our latest exploration toolkit takes a 21st century twist, it’s sub-atomic! Our scientists recently used techniques which can examine the heart of an atom.

Isotopes are variations of the same element which differ in the number of a sub-atomic particles called a neutron, that are contained in the atom. We discovered heavy isotopes of zinc were binding to samples of manganese crusts found on termite mounds, and also in soil. This created an ‘anomalous’ signal which acts as a signpost for metal deposits hidden underground. 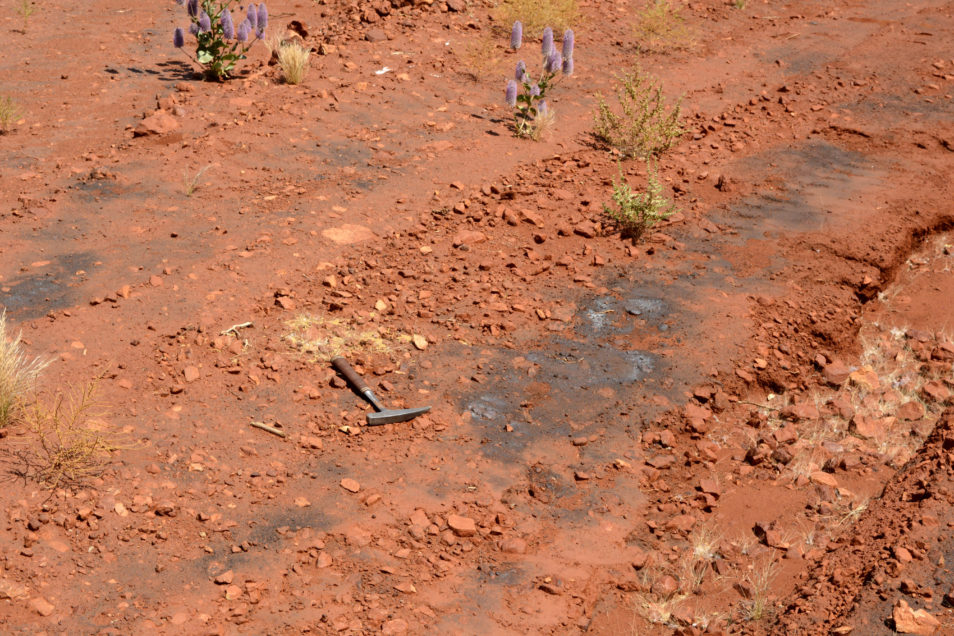 The manganese crust visible on the ground in the Pilbara.

How does zinc help us find other metals?

In mineral exploration, zinc is often considered a pathfinder element that occurs in close association with other sought-after elements. Zinc is often found in combination with other metals, like cobalt and nickel. It’s also mobile in the environment, dissolving in water and moving around to interact with other chemicals.

Our senior research geoscientist, Sam Spinks, explained the level of accuracy they can achieve. “This new research shows we can now measure zinc variations, or isotopes, so accurately, we can identify what metal deposit lies deep underground,” he said. “Australian explorers need new, cost-effective techniques to find the next generation of deposits below the surface.”

In recent years, Australian exploration companies have been analysing samples from termite mounds while digging for gold. Now zinc offers another technique mineral explorers can use to find a range of metals.

The research findings have been published in the journal Chemical Geology, and available for our partners to use in exploration.

This isn’t the first time we’ve seen signs of minerals below on the Earth’s surface. We also discovered gold digging fungi.

Previous post:
CO2 is trending: See the latest atmospheric concentrations data on Twitter
Coming up next:
Students beaver away on solutions during Bebras Challenge