Happy Valentine’s Day! Our hearts beat for you… with about 1.6 Watts.

Happy Valentine’s Day! Our hearts beat for you… with about 1.6 Watts.

On Valentine's Day, we're taking a look at the true power of the heart. Welcome to the CSIRO heart-o-meter 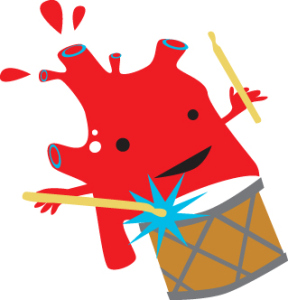 Aww. It’s Valentine’s Day today in many countries around the world, meaning the annual bombardment of hearts is upon us again: sugary-sweet hearts, super-sweet hearts, super-sized hearts and even some super-strange hearts. But the iconic curvy ‘love heart’ might have originated from a simplistic drawing of the human heart, which long ago was seen as the place in the body where the soul (and, presumably, romance) lived.

Nowadays, thanks to science, we have much less poetic notions about what the heart actually does (although, to compensate, what we know now is much, much more likely to save your life). We all know, for example, that the heart is the powerhouse that keeps your blood circulating.

So, just for fun, we thought that this Valentine’s Day it’d be fun to compare the power of the human heart to the power we can get from some of the different technologies we’re working at CSIRO.

The power of the heart

So we created a thing called the Heart-o-meter. It shows the power output of some of our energy technologies from our National Energy Centre in Newcastle, in a unit we’re pretty sure we’ve just pioneered here at CSIRO – equivalent human hearts. Aww. Who said science can’t be romantic? 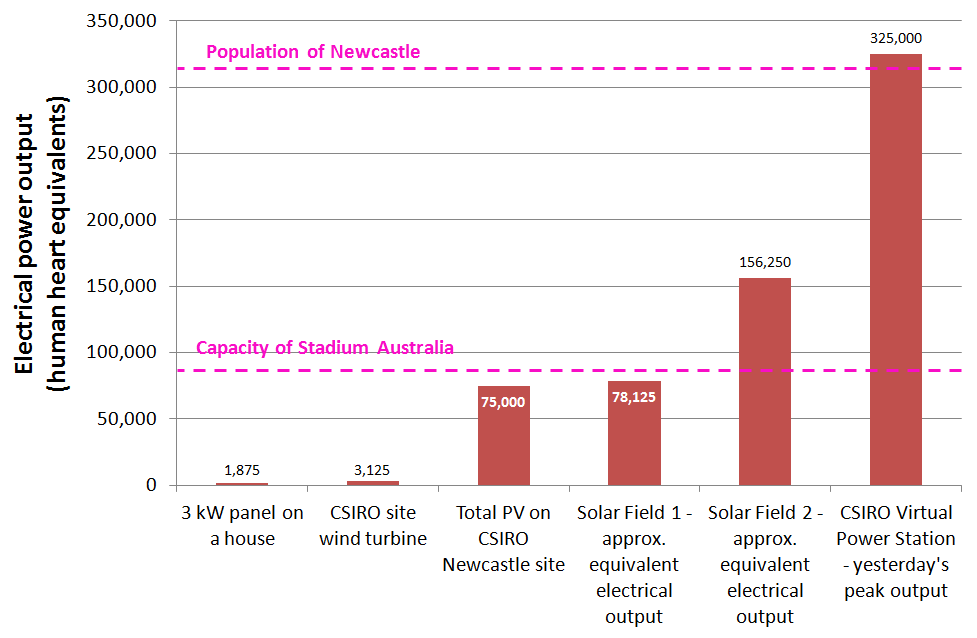 You can see that yesterday the photovoltaic cells in our Virtual Power Station had a power output that equalled, at one point, the total number of people’s hearts in Newcastle. That’s a lot of love.

This article was originally published in February 2013.

Previous post:
Eight million tonnes of plastic are going into the ocean each year
Coming up next:
Staying sustainable when you’re not