We’re coming up to an important astronomical anniversary — one that the Parkes telescope played a big part in.

Fifty years ago this Saturday — 16 March 1963 — the journal Nature published a couple of astronomy papers that revealed the true nature of the points of light we call quasars.

Those papers changed our understanding of the Universe. 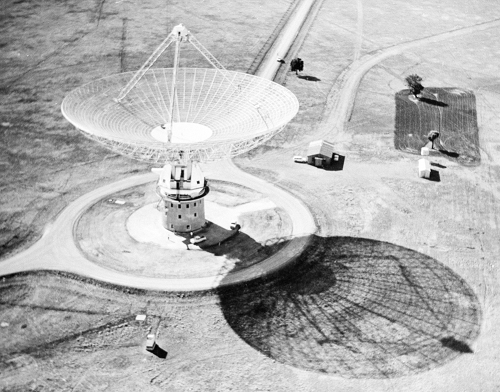 CSIRO’s Parkes telescope in 1962. It was less than a year old.

Quasars are no larger than our solar system but outshine galaxies of hundreds of billions of stars. They are also incredibly distant, so distant that they look like faint stars.

Discovering this suddenly made the idea of black holes respectable. Black holes were the best explanation for how quasars generate their power.

The desire to study quasars also spurred the development of a new technique (very long baseline interferometry) and even the building of the world’s most powerful radio telescope, the Very Large Array in the USA. 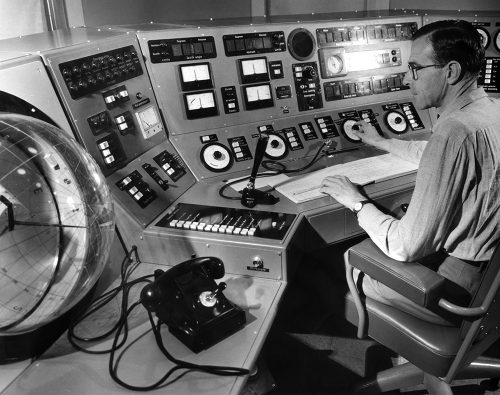 The Parkes telescope’s control desk in 1962. CSIRO astronomer Frank Kerr is at the helm.

So what were these Nature papers?

The first, by astronomer Cyril Hazard of the University of Sydney, and his CSIRO colleagues Brian Mackey and John Shimmins, gave the precise location of a radio source called 3C273. (1)

A second paper, by Caltech astronomer Maarten Schmidt [sic], matched that radio source with an optical source, a star-like object on a photographic plate, and gave its redshift (a fairly direct measure of its distance). (2) Schmidt put the distance of this object at 500 megaparsecs, or 1600 million light-years. 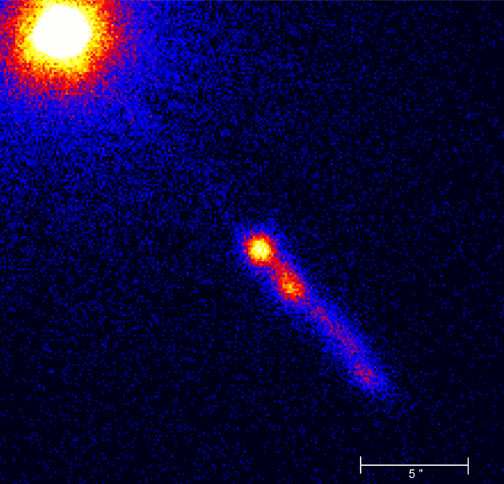 Parkes was the telescope used to pinpoint 3C273 — in a most ingenious way.

The details of the recorded radio signal also showed that 3C273 was an extended source, with two components. 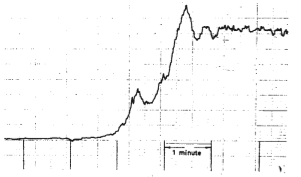 The position, and the presence of the two components, allowed the radio source to be confidently identified with an object already recorded on a photographic plate.

The breakthrough came when Maarten Schmidt had an optical spectrum of 3C273 taken with the 200-inch Hale telescope at Mount Palomar in California. (At the time, there were no large optical telescopes in Australia.)

Schmidt realized that puzzling lines in the optical spectrum were just those of hydrogen, but hugely redshifted, meaning that 3C273 looked like a star but was as far away as the most distant galaxies then known.

The detective work that led to determining the nature of quasars involved many people and institutions. CSIRO can be proud it was among them.

Previous post:
RV Investigator looking switched on!
Coming up next:
A little drop of π for pi day