For the first on-country project for Science Pathways in Western Australia, the team set out to monitor fish in local waterways. 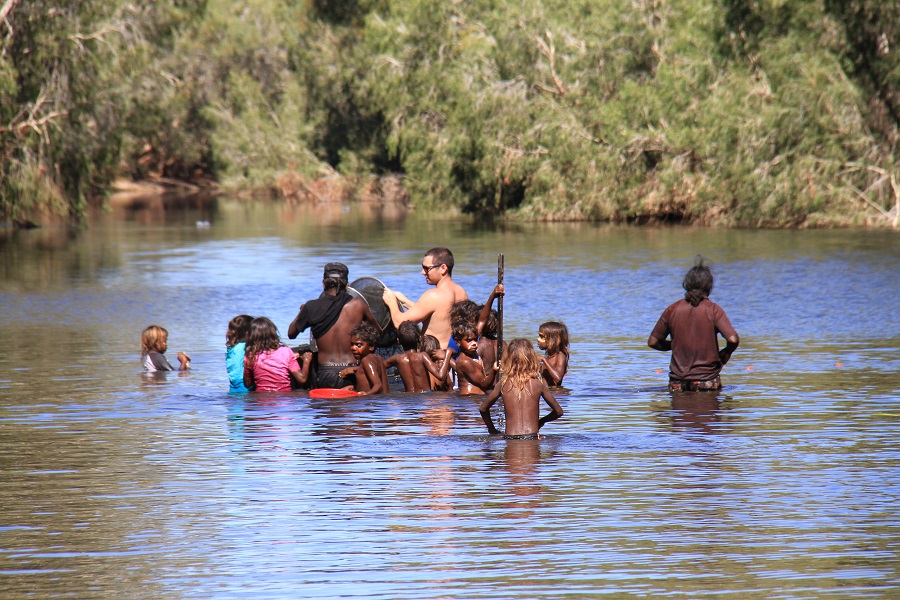 It’s no secret we love our science facilities – we’ve got labs for diseases, labs for fires and more greenhouses and fume cupboards you could poke a stick at. But even we think that our hard working lab scientists would swap their high tech facilities for a day to join our Science Pathways team and monitor fish in picturesque remote pools in North–West Western Australia.

Unfortunately for the rest of us, that job is taken by David Broun and Cameron Hugh who spent a week with Warralong and Strelley Aboriginal communities monitoring fish in the rivers outside Warralong, all in the name of science, education and reconciliation.

This was the first on-country project for Science Pathways, part of our work with BHP Billiton’s Indigenous STEM Education Program, designed to link traditional ecological knowledge with western science and roll the whole lot up in the Australian Curriculum.

And the project was a scientific success. Dr Brendan Ebner from TropWATER, James Cook University showed the students from Strelley Community School how to make and deploy their own Baited Remote Underwater Videos (BRUVs). The footage was able to confirm that, unlike many other bodies of water around the country, the waterholes and rivers in the area are feral fish free. 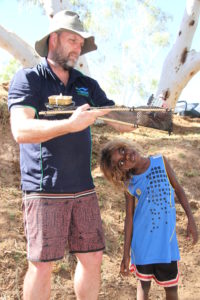 But for the students the footage meant a lot more. After helping to make, deploy and retrieve the BRUVs, they used the footage to identify fish species, look at fish populations and relate those data to their own traditional knowledge. Elders on the trips taught the students (and our scientists) about country and the Nyangumarta language names for the fish.

For all involved a highlight of the trip was visiting an area of cultural significance, a site that would have easily been missed if not for the traditional knowledge passed down from generation to generation.

The area was a picturesque, hidden water hole. Elder Clarrie Robinson explained to the students and teachers that it was a place where the people would camp in the old days, pointing out grinding grooves in rocks where people would grind up seeds to make damper. Science Pathways Facilitator David Broun said being taught about that area was amazing.

“I felt like I was in an ancient city,” he said. “Clarrie showed us the rocks where people would prepare food, and the soft sand everyone would sleep on.”

“The kids were so engaged and not only eager to learn the scientific principles we were sharing, but they were eager to teach us about their culture and relate both subjects to each other.”

Dr Ebner said “On the final day there was a feeling of genuine excitement among students, teachers and scientists, when the short movie capturing the past week was shown on school parade, with students rocking to a local song and laughing at the images of their time on the water”.

From monitoring, catching and eating fish, to camping in the school’s library and visiting areas of traditional significance, it was clear the trip had a big impact on Science Pathways facilitators, David and Cameron, and JCU’s Brendan Ebner as well.

Science Pathways is part of a broader Indigenous STEM Education Program funded by BHP Billiton and delivered by CSIRO. Check out more of our work.

Previous post:
Gliding into the jaws of discovery
Coming up next:
What’s up with helium? Four burning questions about helium answered