Golden soils and wealth from toil

Golden soils and wealth from toil

From panning for nuggets during the gold rush of the 1850s through to modern exploration for new gold discoveries, luck and hard work are at the heart of every windfall

If we fast forward to today, refined sampling techniques and analyses are reducing the guesswork and helping prospectors pinpoint possible targets more precisely. Luck is now being delivered by science.

Recent work completed by our scientists has helped re-draw a map of gold targets in previously surveyed regions and greenfield (i.e. unexplored or undeveloped) sites in Western Australia. 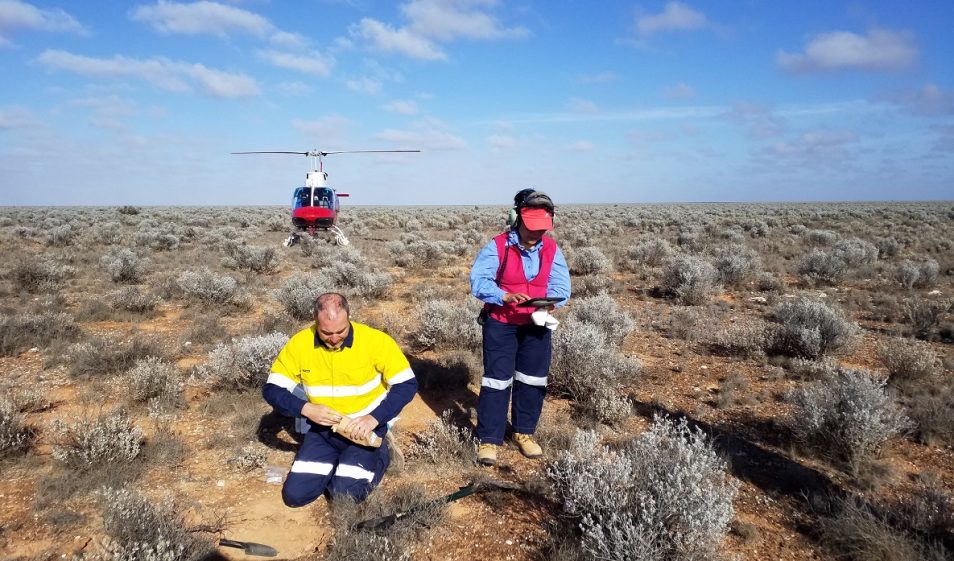 Soil sampling during an aerial survey

Looking for gold in soil samples is a survey technique used for decades. Soil is sieved into fractions of different sized particles and then analysed for traces of gold and other commodities like copper and zinc.

Particles around a quarter of a millimetre in size (or 250 micron) – which you have to agree is pretty small – were once considered the standard fraction of soil that could be analysed this way.

We’ve now enhanced a technique, called the UltraFine+ process, which separates out much finer particles; less than two microns in size. That’s about one-50th the size of a grain of salt.

Really small ‘ultra-fine’ soil particles, such as clays and iron oxides, have more surface area to attract gold and other metals. Acting as tiny scavengers, these ultrafine particles bind up little specks of metals that move through the environment to form geochemical signatures of orebodies laying many metres below soil or sand.

When a gold nugget becomes a problem 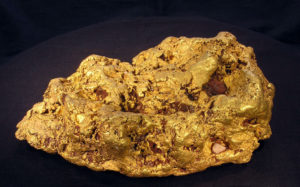 Who would have thought a gold nugget could ever be described as a problem?

Well, in mineral exploration terms, finding a nugget can be a bit of a hit and miss affair.

Described as the ’nuggety gold problem’, this tendency of gold to form into nuggets means it is unevenly spread throughout the ground. If you don’t dig or sample the right section, you can miss any gold in the vicinity.

The UltraFine+ process, which involves a physical step to retain the fine microparticles and a chemical step to test for the presence of gold and other elements, helps solve this problem of nuggety gold because it doesn’t rely on large particles or nuggets in order to detect gold.

By focusing on the microparticles this process delivers detailed and more accurate assessment of gold traces in soil samples more sensitively than before.

Using our Ultrafine+ process, we re-analysed historical soil samples collected by the Geological Survey of Western Australia in the regions of Leonora, Leinster and west of Wiluna.

With this more sensitive and accurate approach we’ve been able to update survey maps of the region, which is helping mining companies identify new target areas for exploration.

Despite Australia having the largest known gold resources in the world, new gold discoveries are declining.

Exploring new regions is an expensive exercise and methods which can reduce these costs make good economic sense to exploration companies.

We believe the probability of discovery is greater with UltraFine+ than other methods, because companies can cover larger areas or take more samples from an area relatively cheaply, easily and quickly.

The UltraFine+ method only requires 100 grams of sample, rather than the kilos of material from traditional soil sampling, enabling easier exploration in hard‑to‑reach areas.

Once new targets are identified, companies can target drilling in those areas, reducing the number of drill sites and associated costs.

Not only is Utrafine+ able to detect trace levels of gold, the process delivers geochemical data on multiple elements plus other environmental and physical measurement from each sample.

Having this additional data is helping companies develop a clearer picture of mineral distribution in the landscape, enabling decisions around where the best chance lies in finding that next gold discovery.

In February 2019, Encounter Resources reported finding gold in sand using the UltraFine+ technique where traditional analysis had failed. The explorer is now planning to use UltraFine+ in upcoming sampling of frontier land.

Ultrafine+ is available to the local industry through LabWest in Western Australia.

Previous post:
Pint of Science will quench your thirst … for knowledge
Coming up next:
Astronomy is great business for local ‘rising star’