We’ve partnered with a local small business to help build our next-generation radio telescope, and helped them to reach of the stars.

Astronomers see the Universe as a giant laboratory and telescopes are like the doorways to their star-filled lab-spaces. We’ve designed a next-generation radio telescope, with a wide view on the sky, designed to thrust those lab doors wide open. But to do this, we needed to work in partnership with industry to help build our big new telescope and along the way, we discovered a local rising star.

Designing something out of this world

Our Australian Square Kilometre Array Pathfinder (ASKAP) radio telescope will enable astronomers to map the Universe like never before, do science like never before and even open up new areas of scientific research. Think Google maps in space, pointing the way to new discoveries.

The telescope features 36 dish-like antennas, each with a unique receiver that enables ASKAP to survey 30 square degrees of the sky at a time – that’s like 36 gigantic eyes on the sky! 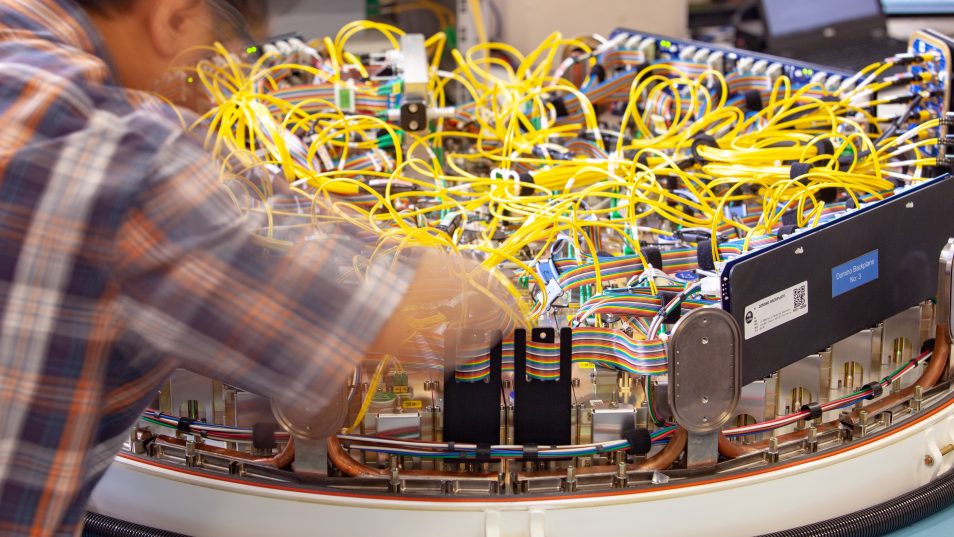 Inside ASKAP’s phased array feed receivers, where the electronics assembled by Puzzle convert radio frequency signals from the sky into optical signals. These are then digitised and processed into images of the Universe.

In a world-first, these receivers (called ‘phased array feeds’ or PAFs) can detect signals from massive volumes of space. ASKAP’s receivers collect data from the Universe at the rate of 130 Terabits per second – equivalent to streaming more than 20 million Netflix 4K movies at once.

These receivers are linked to a signal processing system (a local supercomputer) that processes this data at the rate of a thousand million million operations per second!

This whole high-tech receiver and signal processing system is made up of more than six million parts! But CSIRO alone simply didn’t have the capacity to manufacture and assemble systems on that scale. So we needed a little help from a friend. 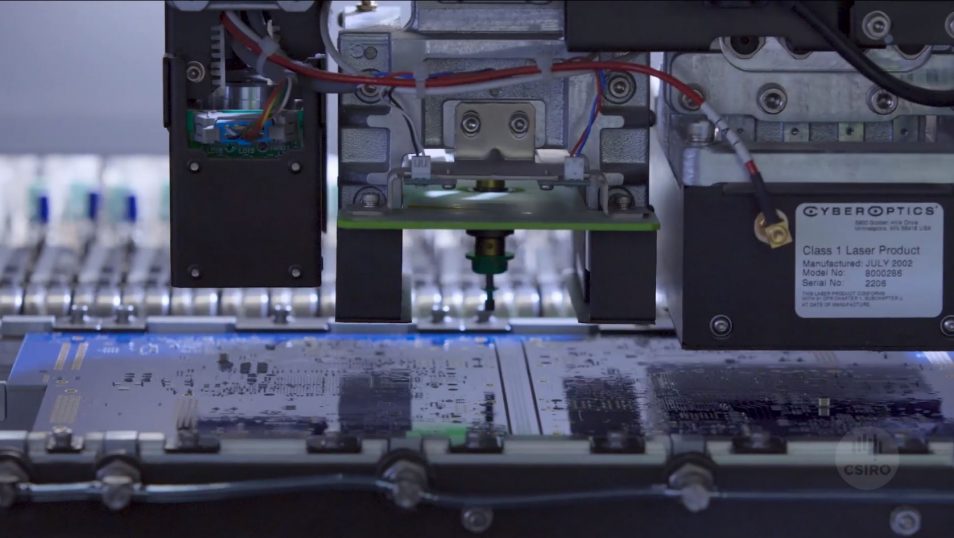 A rising star in the Australian advanced manufacturing sector, local company Puzzle Precision, took on the challenge of piecing together the printed circuit boards and mechanical assemblies required for ASKAP: 20,000 of them, made from six million individual components. No pressure!

“These are not systems you can just buy off the shelf, no-one is out there making these boards”, says ASKAP Founding Director, Ant Schinckel.

Our engineers are the architects of ASKAP’s systems but it was through collaboration with Puzzle Precision, a small business based in Newcastle, NSW that we worked out how to take these designs forward to manufacture.

“It was very much a two-way street. They pushed us to tweak our designs and we pushed them to upskill and go to higher-level boards.”

The boards (particularly the digital printed circuit boards, or PCBs) required state-of-the-art capabilities and very rigorous quality and inspection processes. The reliability of assembled PCBs needed to be very high and Puzzle achieved in excess of 99% – significantly above the industry norm!

Along the way, Puzzle also developed special soldering techniques to ensure that the boards wouldn’t fail after installation at the remote Murchison Radio-astronomy Observatory, on the other side of the country in outback Western Australia. 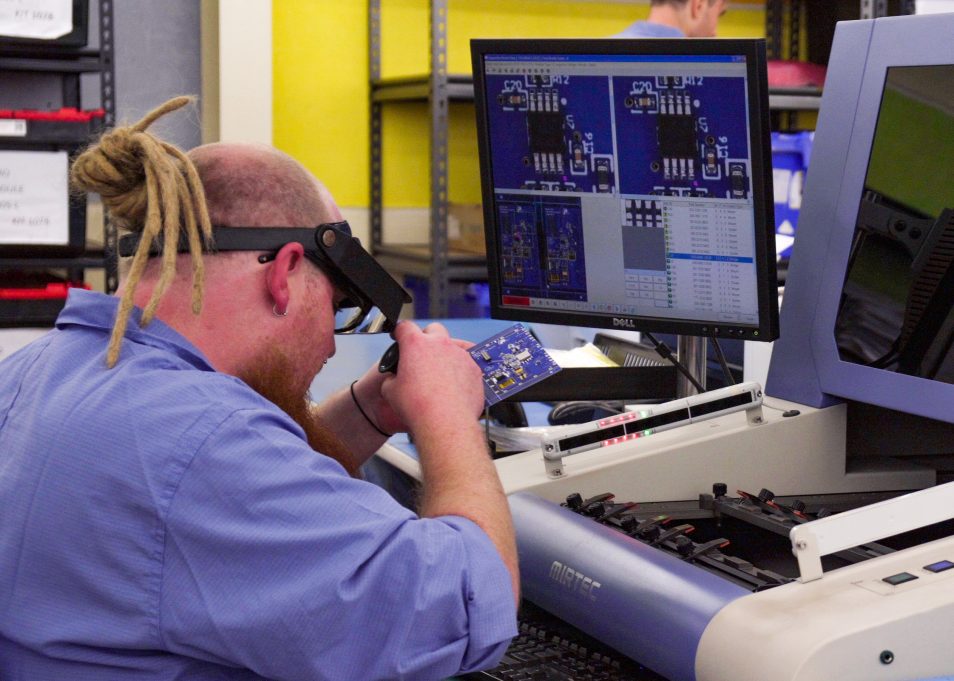 A Puzzle technician inspecting an ASKAP printed circuit board (PCB)

As a result of working on the ASKAP project, Puzzle has expanded its business by 50% and expanded their operations into new markets. They have employed young people in Newcastle and provided them with training to set them on career paths in the advanced manufacturing sector.

As we count down to the launch of full science operations with ASKAP, Puzzle says they are excited to know that as the telescope throws open a new doorway for global astronomers to survey the Universe, those big eyes on the southern skies are packed with precision equipment produced by 32 proud young Novocastrians.

Discover more about surveying the Universe with ASKAP

Previous post:
Golden soils and wealth from toil
Coming up next:
How your food choices can benefit more than just your health