Deep-diving ocean “gliders” have revealed the journey of Bass Strait water from the Tasman Sea to the Indian Ocean.

The gliders have also profiled a 200m tall wall of water at the core of long-lived ocean eddies formed from the East Australian Current.

Scientists tracked for the first time a 200-metre tall, 40km wide disc formed from water that originated in Bass Strait, and to their amazement, remained undiluted as it traveled hundreds of kilometres. 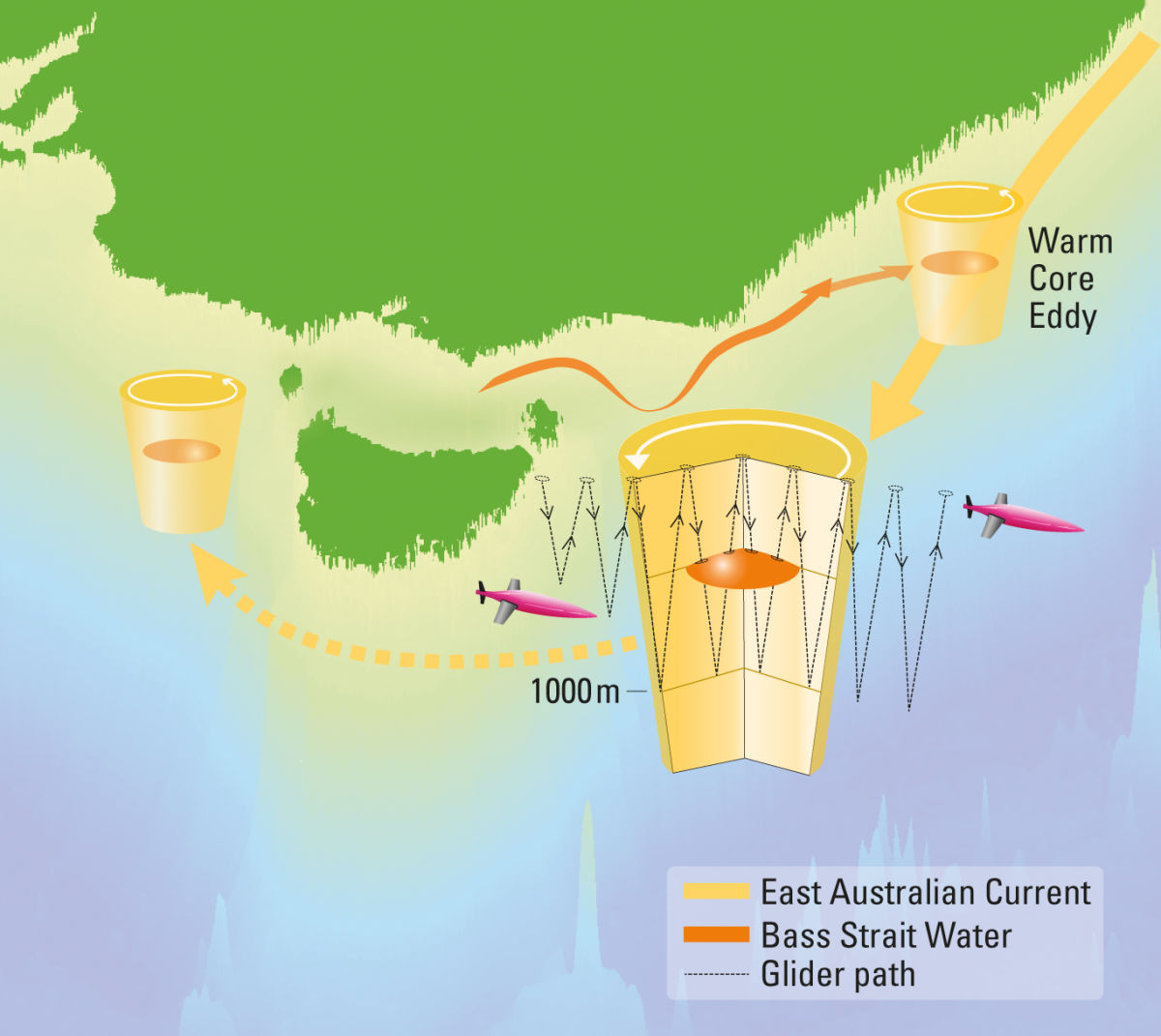 Also, scientists have known that salty Bass Strait water, with its unique chemical signature, flows into the Tasman Sea north-east of Flinders Island, sinking to a depth of 400-800m in a feature referred to as the Bass Strait Cascade.

However, the porpoising action of the $200,000 pre-programmed ocean gliders has given scientists data to a depth of 1000m and a detailed insight into anti-clockwise rotating warm-core eddies that regulate ocean conditions and influence the ocean food chain.

Co-author and leader of these Integrated Marine Observing System deployments, CSIRO Wealth from Oceans scientist Ken Ridgway, said the gliders were programmed to sample across the East Australian Current and through long-lived ocean eddies up to 200km across which form off New South Wales.

“East of Tasmania, we  found bodies of water entrained in the ocean eddies that were originally formed six months previously in Bass Strait and that were up to 40km wide and 200-300m high,” Mr Ridgway said.

“Further measurements show that at least some of this Bass Strait water makes the journey past southern Tasmania and possibly thousands of kilometres into the Indian Ocean.”

The $230M Integrated Marine Observing System has successfully deployed a range of observing equipment in the oceans around Australia, and is making all of the data freely and openly available through the IMOS Ocean Portal.

The Bass Strait study was part-funded through the Australian Climate Change Science Program, a joint initiative of CSIRO, the Bureau of Meteorology and the Department of Climate Change and Energy Efficiency with further support from the Australian Research Council and the Sydney Institute of Marine Science.

IMOS is supported by the Australian Government through the National Collaborative Research Infrastructure Strategy and the Super Science Initiative.