From science fiction to robot reality

From science fiction to robot reality

Our Data61 is one of seven funded participants competing in the US Defense Advanced Research Projects Agency (DARPA) Subterranean Challenge, which aims to explore new approaches to rapidly map, navigate, and search underground environments.

In Prometheus, the popular science fiction film directed by Ridley Scott, a team of scientists from Earth lead an expedition into a cave system on an alien planet. Instead of exploring this subterranean network themselves — a dangerous and time-consuming activity — they deploy drones to generate 3D maps of the cave system, allowing them to assess the environment from the relative safety of the main cavern (spoiler alert: it doesn’t stay safe for long).

Now, imagine if we were able to use this same technology to make subterranean rescue missions safer for first responders, or to map out underground mines from safely above ground.

Whether on Earth, or on a distant fictional world, subterranean environments — from human-made tunnels, urban underground spaces and natural cave networks — are often inaccessible and dangerous to humans.

Our world-leading Robotics and Autonomous Systems group, part of Data61, is one of seven teams to receive up to US$4.5 million in funding from DARPA to compete in the SubT Challenge. 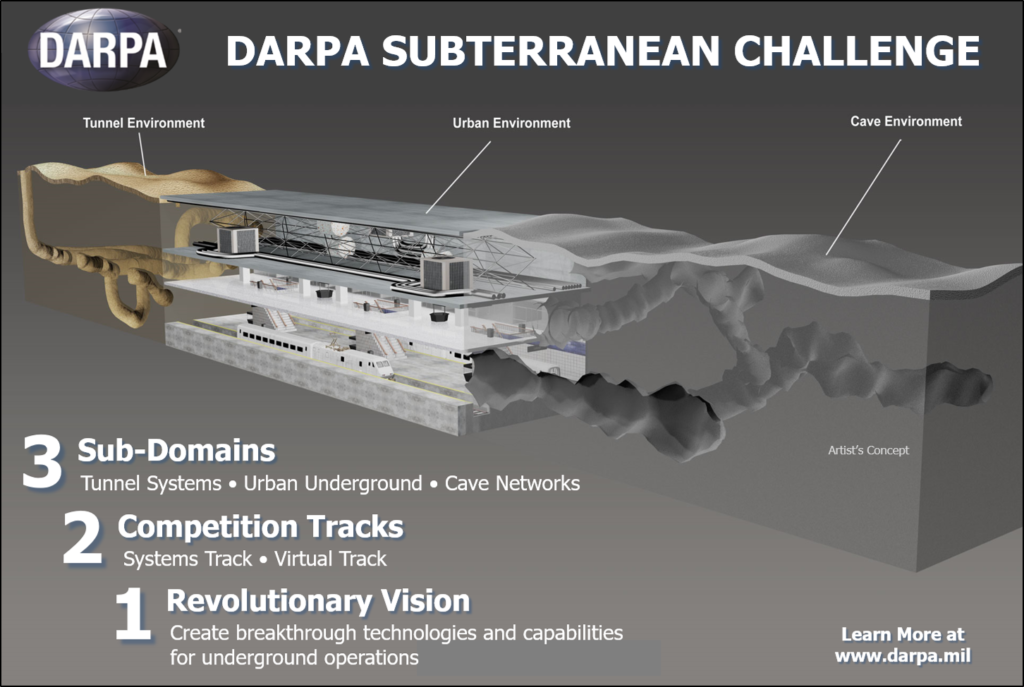 Our roboticists have decades of experience in developing robots, sensing and communications systems for challenging environments like underground mines, and caves.

We’ve assembled a team of nearly 30 people from our Robotics and Autonomous Systems research group, students from QUT and the University of Queensland as well as funded partners including the Georgia Institute of Technology.

Combining airborne and legged robots to unlock the underground

Our SubT Challenge team will create 3D maps of underground environments through LiDAR (Light Detection and Ranging) scanners mounted on legged robots as well as unmanned aerial vehicles which can fly in GPS-denied environments without a human controller using our Hovermap technology.

Just last year, Hovermap completed the world’s first fully autonomous beyond line-of-sight drone flight in an underground mine, 600 metres below the surface in Western Australia.

Our legged robots are modelled off insects and are designed to negotiate uneven terrain easily. In fact we’ve recently deployed one of our six-legged robots to navigate autonomously in the Amazon rainforest, as part of a project to protect biodiversity using data. 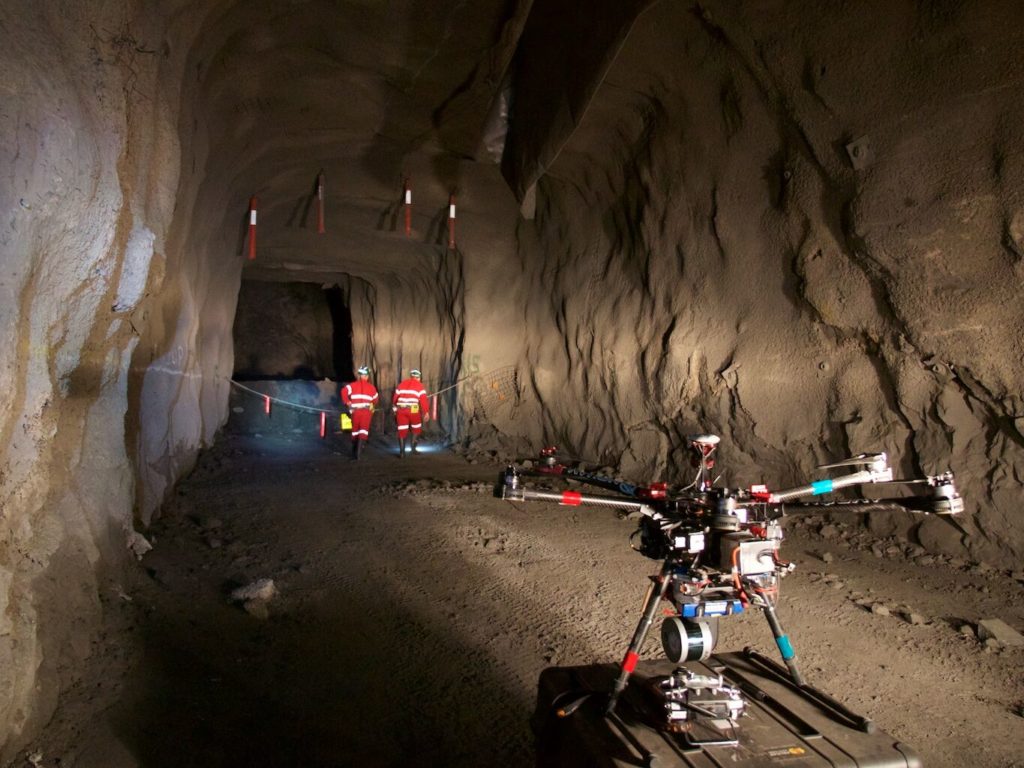 Our Hovermap drone technology can operate in GPS-denied environments, like mines, without a human controller.

“Participating in the challenge will drive the development of a range of technologies that are relevant to Australia, including autonomous mapping and inspection systems, and advanced communication systems for harsh indoor environments, such as underground mines,”

Once developed, this robotics and network technology can also be applied across a range of industries including mining, transport, building and construction and agriculture.

Robots like our hexapods and Hovermap can help us explore dangerous and inaccessible spaces.

Have you met the rest of our robot family?

Previous post:
Interronauts | CSIRO podcast Ep 20: Teenage mutagenic-ingesting turtles (how I gave up balloons)
Coming up next:
How road markings save lives