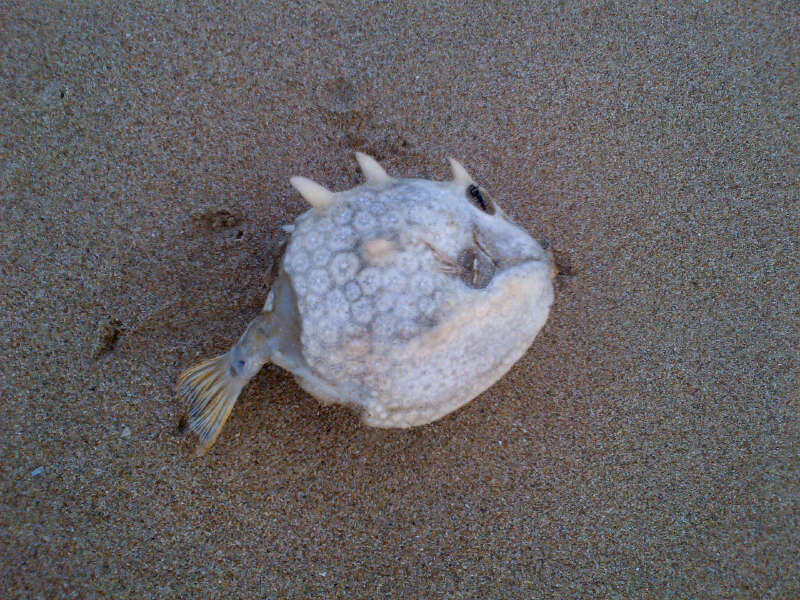 The photo above was sent in by a friend of a friend who came across the dead fish at Goolwa in South Australia this week and was unsure what it was.

“The photo does not show all the diagnostic characters, however I would say that it is most probably a Shaw’s Cowfish (Aracana aurita).  They are normally found on coastal rocky reefs and seagrass areas at 10-160 metres.  Not being strong swimmers, they are often found washed-up after storms.”

Anyway, they are found around southern coastal waters of Australia from central New South Wales to south west Western Australia.

Previous post:
Move over Crash, there’s a new bandicoot on the block
Coming up next:
Friday fun: alphabetology