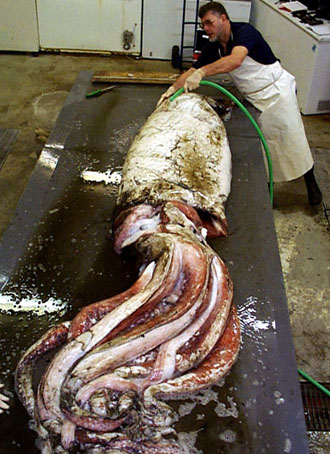 There are not many things that can offer you a 15 metre circumference hug. If a giant squid was approaching you with long tentacles gangling about in the murky depths of the ocean, you probably wouldn’t want to be squeezed anywhere between them. If you were, your skin may look something like that of this sperm whale. 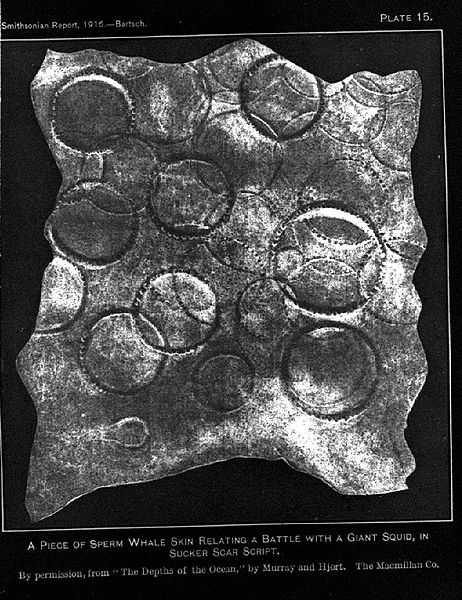 A piece of sperm whale with giant squid sucker scars.

Other than this potential for enormous love bites or battle scars, there is still little known of these ‘monsters of the deep’. We don’t know their exact distribution in the Southern Ocean, but some giant squid have been captured by deep-sea trawl fishing off Australia, New Zealand and South Africa. We do know they can grown up to 15 metres (most of this length is tentacles), inhabit deep waters and have been captured in our RV Investigator animated Christmas card.

Have a wonderful holiday season.

Previous post:
What a year it’s been! April 2012
Coming up next:
Perfect prawn salad