Four mysteries of the Indian Ocean

Four mysteries of the Indian Ocean 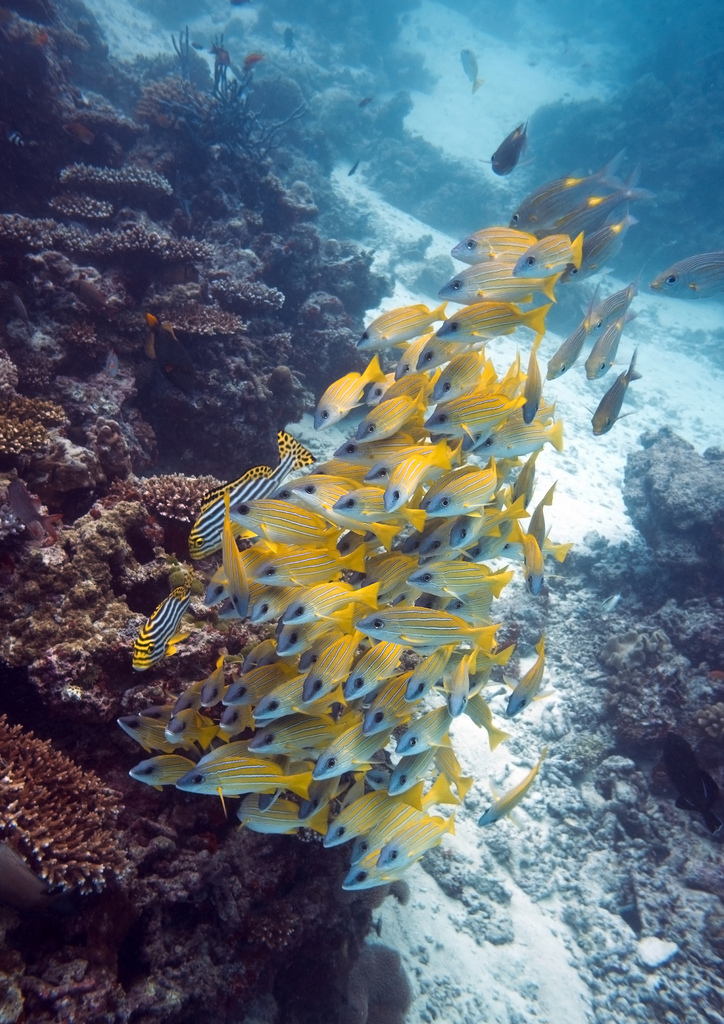 It might not be the biggest, but the Indian Ocean sure is mysterious. Image: Malcom Browne.

Despite being the third largest ocean in the world, the Indian Ocean is one of the least explored marine environments. Covering around 20 per cent of the Earth’s surface and spanning more than 73 million square kilometres, it’s an important channel for over half the world’s shipping.

About 16 per cent of the global population live in countries bordering the Indian Ocean and over 40 per cent rely directly on its vast fisheries and mineral resources.

The waters of the Western Australian coastline are a particularly important part of this ecosystem, since over 80 per cent of the fish, invertebrates and other organisms living here exist nowhere else in the world.

But there’s a lot about this part of the Indian Ocean that remains a mystery.

1. Why is Western Australia’s marine environment so unique?

The west coast of Australia forms an eastern ocean boundary. This means it should be characterised by a current that flows towards the equator, carrying cold, nutrient rich waters from deep in the ocean to the surface (like in Chile, South Africa and California). Instead, we have a current that flows away from the equator, bringing warm, nutrient-poor tropical surface waters down the coast. This has a huge effect on the types of ecosystems we get along the Australian coast, making it a unique marine environment. It also presents a puzzle as to where the nutrients come from that drive the ecosystem.

2. Can we protect vulnerable and endangered species in the Indian Ocean?

Western Australia is one of the last strongholds for many threatened marine species, like dugongs and sea turtles, and boasts two World Heritage Areas with extensive marine coverage. Looking after these precious assets is important – especially as they become more threatened by extreme events and a growing population. 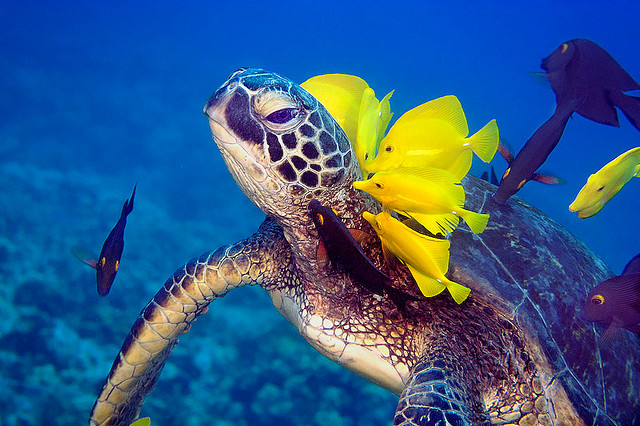 There is much to learn about these critters, like where they go, exactly how many there are, and how their populations respond to the different ways that we use the ocean.

Ecosystems can help stabilise the Earth’s climate by removing carbon dioxide from the atmosphere. The Western Australian coast has some of the world’s largest seagrass beds, the world’s highest number of seagrass species and extensive mangrove stands. This kind of coastal vegetation can catch a lot of carbon in sediments, which suggests they could help to absorb excess carbon dioxide in the ocean. This potentially makes it one of the most significant areas of the world for coastal carbon storage. But exactly how much they can absorb and how long for is unknown. 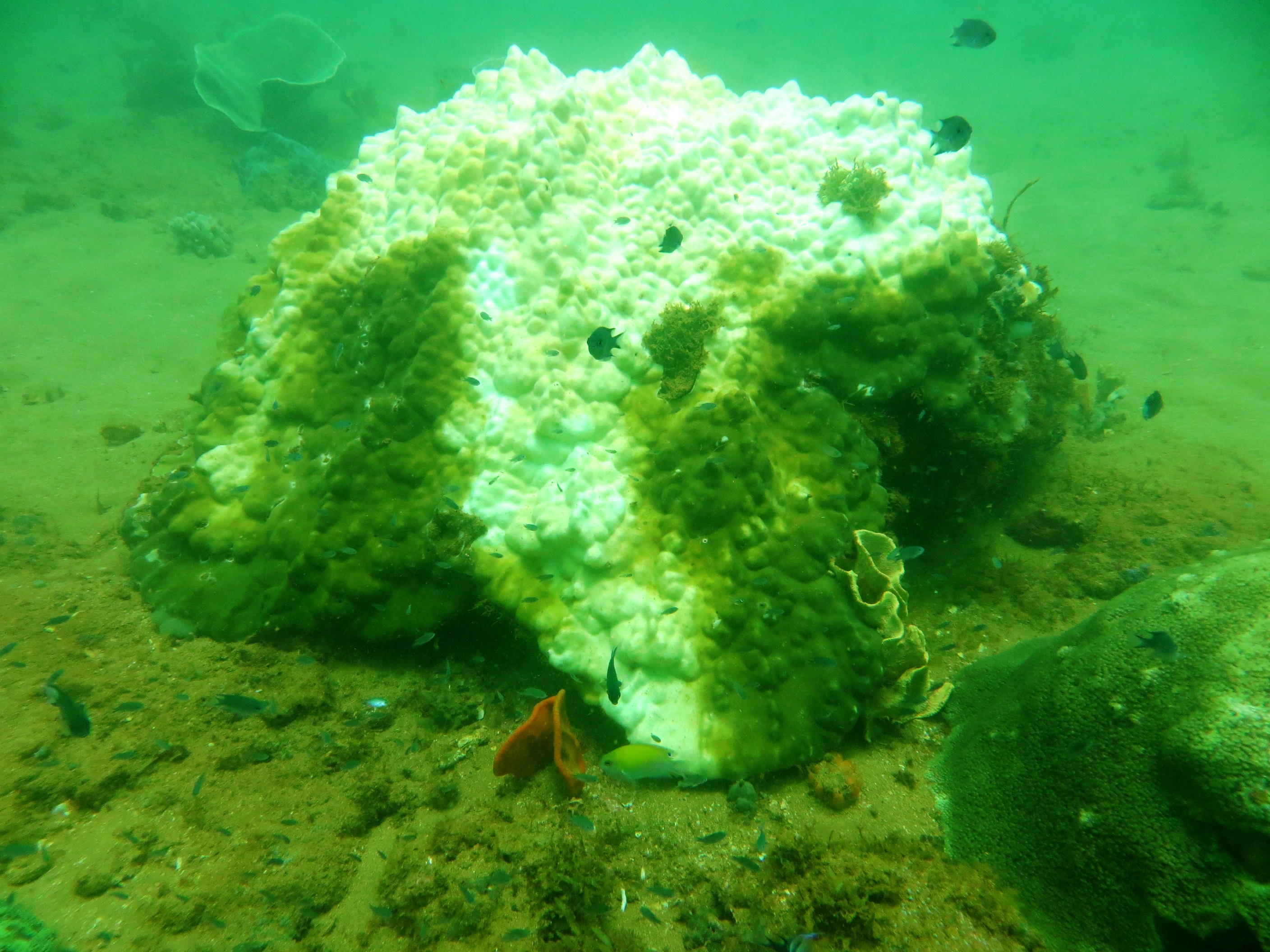 Bleached coral in the Pilbara.

In 2011, a marine ‘heatwave’ surpassing any event on record engulfed the coastal ecosystems of Western Australia with waters reaching up to 5°C above normal temperature. This bleached corals and killed fish and kelp along the coast.

The causes of this heatwave are linked to the interactions between the tropical Pacific ENSO and local air-sea coupling, and the strength of flow in the various source waters of the associated Leeuwin Current.

What we don’t know is whether this is part of a long-term trend and how we can predict when this might occur again in the future.

But the Indian Ocean won’t be mysterious for much longer.

We’re building a new Indian Ocean Marine Research Centre to learn more about this marvelous marine environment. It will help us to effectively manage and conserve the Indian Ocean, particularly along the waters of the Western Australian coast. Researchers will be all hands on deck to solve key issues like climate change and resources sustainability, and to develop conservation strategies.

It’s all to make sure critters like this WA local, the dhufish, are swimming around for years to come. 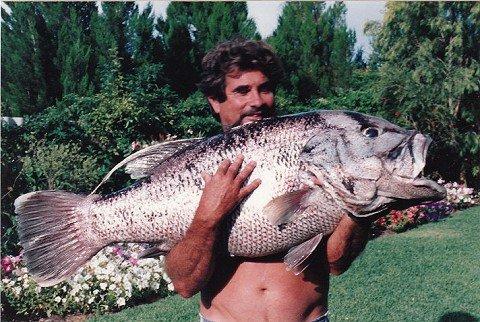 That’s one doozy of a dhufish. Image: ExplorOz

The Indian Ocean Marine Research Centre is a partnership between the University of Western Australia, CSIRO, the Australian Institute of Marine Science, and the WA Department of Fisheries.