An exclusive look at NASA’s brand new command centre near Canberra built to facilitate communications between Earth and the first people to walk on Mars. 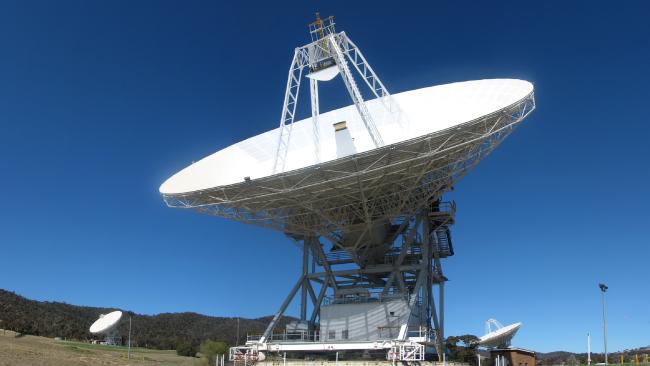 One of several dishes at the Canberra Deep Space Network, operated by CSIRO on behalf of NASA.

In a valley near Canberra — better known for its politicians than space exploration — is a hidden complex that will help land the first people on Mars.

The Deep Space Communication Complex in Tidbinbilla, operated by CSIRO on behalf of NASA, is now home to seven satellite dishes, two command centres and a museum, sprawled out over 157 hectares of land in a lush green valley, about 45 km south west of Australia’s capital city.

Streets that run through the site have space themed names, including Planetary Rd, Voyager Rd and Deep Space Loop.

Access to the compound, which is mostly restricted to the public, is via a long and winding road through immaculate countryside where sheep dotted hilltops touch the clouds and autumn leaves flitter around freshwater lakes.

But the location of the complex — on land leased by the ACT government — was not chosen for its beauty. The hills surrounding the valley shield it from “line of sight radio noise” caused by electronics including mobile phones and televisions. This noise has the potential to interfere with signals transmitted between the satellite dishes and spacecraft “hundreds of billions of kilometres away”. Mobile phones on site must be switched to ‘flight mode’.

A ‘no-fly’ zone for aircraft is in place with the exclusion area spanning 15 km. 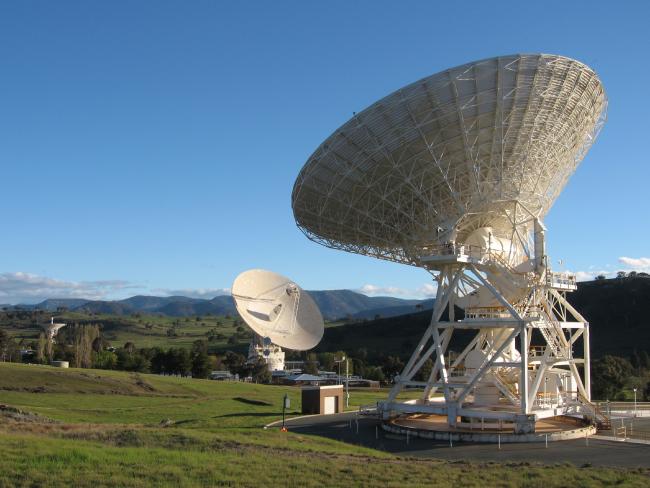 The Canberra Deep Space Communication Complex is one of only three in the world. The other two are based in Madrid, Spain and Goldstone, California, US. Each complex is positioned on a different side of the planet for vital rolling communications with deep space.

Among the approximate 90 employees who make the breathtaking journey to operate and maintain the site each day are technicians, administrators, engineers, and logisticians. Once there they spend their days in constant talks with all of the world’s deep spacecraft.

“We have to operate 24/7 like a small town,” said CSIRO NASA tracking station spokesman Glen Nagle.

“Space never sleeps and nor do we.” 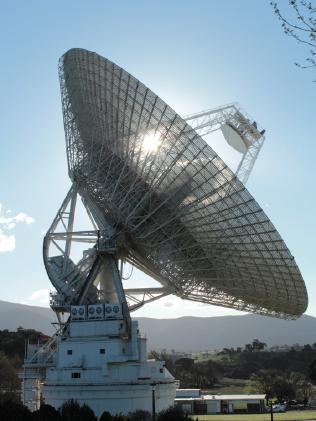 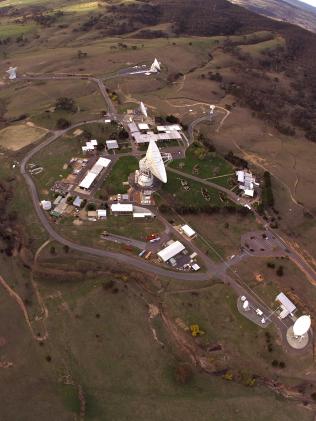 “[Our main responsibilities are] handling requests from missions to transmit specific data, commanding spacecraft to do a particular thing, making sure the flights get there and the information gets back again,” he said.

The data transmitted from deep space to the complexes include everything from photographs of new worlds to live communications from astronauts.

“Spacecrafts are basically like little science labs, they have cameras on board, instruments to study the atmosphere of a planet, its gravity, surface mapping, composition of the surface and so on,” Mr Nagle said.

“It’s like getting a big email with a whole bunch of attachments.

“We’re described sometimes as being the ‘post office of the universe’; putting the mail out, getting the mail back in and getting rid of the junk mail.”

Once the team has processed the signals they send the data to the Jet Propulsion Laboratories in California for further investigation. It is then passed on to science teams and researchers who make official discoveries.

“Just in recent weeks a lot of people got very excited about the discovery of a new solar system: the Trappist One solar system, with seven earth size planets in orbit around them,” Mr Nagle said.

“Three of those planets are in the habitable zone. Potential worlds that could possibly support life.

“Discovering new solar systems and new worlds is what’s really exciting … and the data comes to us first.” 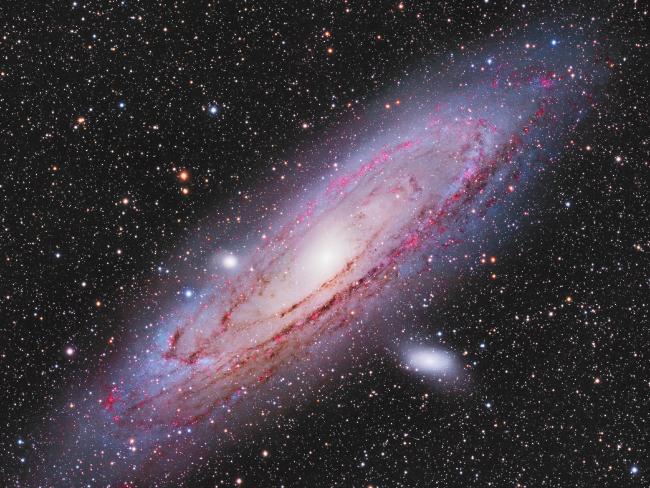 As of November this year they will take turns at having full control of all three of the world’s deep space complexes for one third of each day.

Australia will effectively be in charge of communications between every mission in deep space and Earth during daylight hours on the Eastern seaboard.

It’s a big responsibility. The complexes are currently handling 44 missions in deep space for NASA, India, Japan and “all the other European Space Agency nations”.

“Those missions represent 27 nations around the world that are currently exploring space,” Mr Nagle said.

“There are eight missions at Mars at the present time: six in orbit, two Rovers operating on the surface; a Japanese mission at Venus; four spacecraft at the moon; a mission in the asteroid belt orbiting around the dwarf planet ceres; a mission at Jupiter which just did its closest fly-by of that planet; and five deep space telescopes”.

Mr Nagle said the tracking station was still communicating with the unmanned New Horizon mission, which visited Pluto in 2015 and is on its way to a “brand new destination” with a 2019 arrival date.

Among other long term missions the team is still “talking to” are Cassini at Saturn, and the twin Voyagers in deep space, 13 and 39 years on from their launch dates, respectively.

“The Voyagers are now the most distance spacecraft from the earth,” Mr Nagle said. 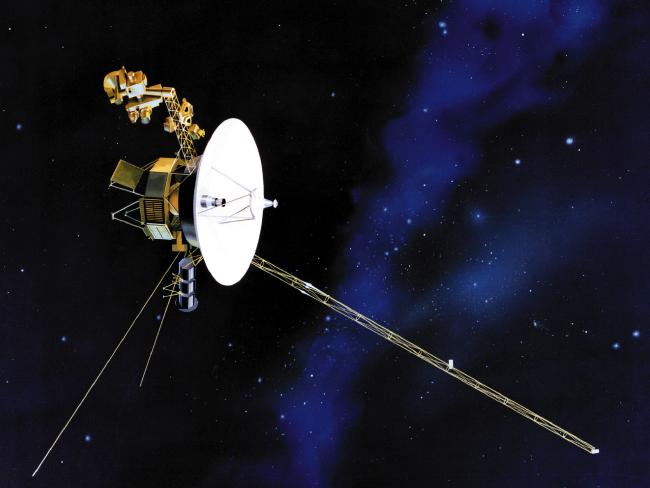 An artist’s rendering shows one of NASA’s twin Voyager spacecrafts. The long-running Voyager 1 spacecraft has been hurtling toward the edge of the solar system since 2004. Picture: NASA. Source: Supplied. 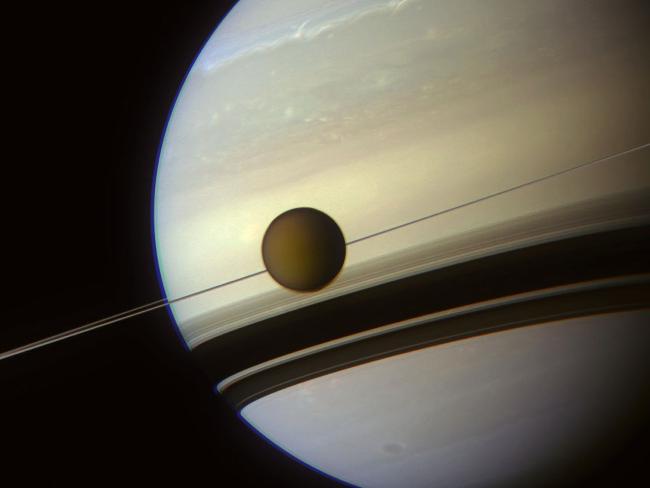 Juno was more than 867 million kilometres from the Tidbinbilla site when it received the first faint signal tones from the solar-powered spacecraft. 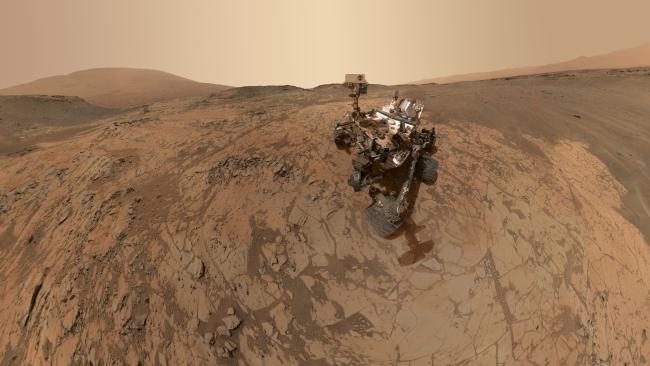 NASA’s Curiosity Mars Rover took dozens of images of itself that were combined to create this history-making selfie, posted to the mission’s Facebook page with the caption “Hello, Gorgeous!” The nuclear powered Rover has been busily reconnoitring the planet since August 2012. Picture: NASA. Source: Supplied.

“Nobody goes anywhere, does anything, gets their commands out there or back without us, Mr Nagle said as one of the satellites started receiving signals from a spacecraft orbiting Mars.

“You can launch as many spacecraft and rockets as you like. But if you haven’t got anyone else here to talk to it you’re just sending out junk.

According to Mr Nagle, the Australian operated facility is fully funded by NASA and costs about $20 million per year to run. 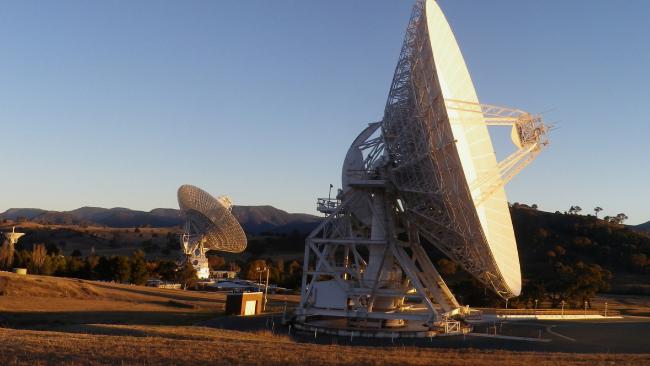 The views from the new command centre at the Canberra Deep Space Network are like no other. Source: Supplied.

The CDSCC and its smallest satellite dish helped land the first astronauts on the moon, famously receiving images of the milestone before anywhere else in the world.

The complex is expected to play a similar role in the first manned landing on Mars.

But it’s come a long way since it opened in 1965 and astronaut Neil Armstrong four years later took his first steps on the moon, declaring: “one small step for man, one giant leap for mankind”.

A brand new command centre has been built on the site, in part, for staffers to communicate with the first astronauts to walk on Mars “in the 2020s or 2030s”.

The first launch of the Orion spacecraft atop the planned Space Launch System — set to become the world’s most powerful rocket when it flies — is currently scheduled for early November 2018 with no crew. A second mission carrying astronauts is envisioned for August 2021 at the earliest, a report by NASA’s Office of Inspector General reveals.

“There are eight spacecraft right now and another nine missions planning to go to Mars just by 2020,” Mr Nagle said.

“Mars is just getting busier all the time. It’s the traffic jam of the solar system.” 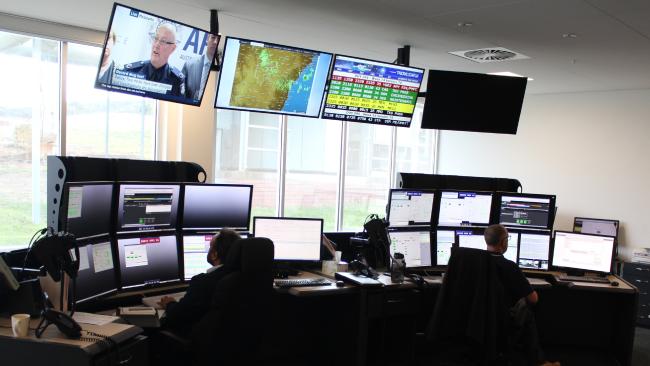 Inside the new control room at the Canberra Deep Space Communications Complex, operated by the CSIRO on behalf of NASA.Source:Supplied 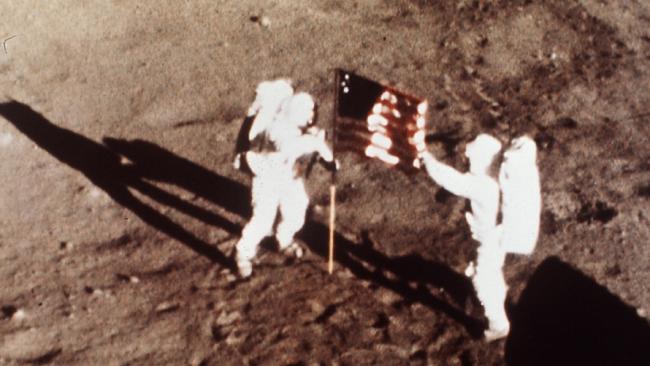 One of the satellite dishes is the largest in the Southern Hemisphere. Two of them are brand new.

“Having these new dishes is a first step in getting the ball rolling [for man to land on Mars],” Mr Nagle said.

“We had the opening for these new dishes last year November and that was the first thing the acting head of NASA was saying to us, was that these dishes will be used to receive some of the first pictures of humans walking on the surface of Mars.”

There’s no limit to how far the dishes can detect signals from, he said. Detection is instead dependent on the power of each transmission. Those which stay above background noise and radio frequencies generated by the stars, galaxies and the wider universe, are the ones that make it back to Earth.

“When those spacecraft transmit to us those signals might be no stronger than the power that’s used by a mobile phone,” Mr Nagle said.

“But by the time we receive it on Earth it can be 20 billion times weaker than the power of a watch battery.

“It’s literally a whisper from space.” 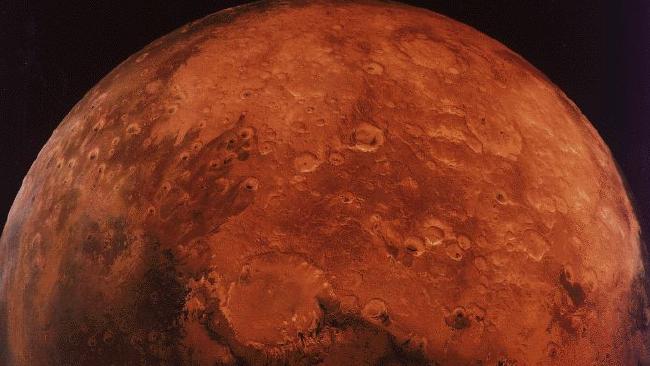 The first manned mission to planet Mars will take place at the earliest in 2021. Source: Supplied.

“We train for every possible scenario as disaster planning and run simulations,” Mr Nagle said.

“We are always the first point of contact for the spacecraft and know what they need to do to recover communications and their mission control team via the Jet Propulsion teams in California.”

But according to Mr Nagle its unlikely the words ‘Canberra, we have a problem’ will ever be uttered from deep space.

“Very little can go wrong (in terms of deep space communications),” he said.

Mr Nagle said that Australia “doesn’t think of itself as being a space faring nation” but that it was wrong.

“We’re incredibly vital in the understanding around us to radio astronomy and optical astronomy,” he said.

“Everything anybody has ever seen or heard about space, all the stuff we teach to our kids in school, everything that’s come from a robotic spacecraft in deep space or a human mission to the moon or a deep space telescope clicking off at the rest of galaxies and stars out there, has all come from the work we do at the Deep Space Network, via our antennas here in Canberra and our sister stations in Spain and California.

“Not only is (this work) important to our understanding of science and the universe around us, it’s just inspirational as well, seeing what humans can do when we dare to do mighty things.”

We’re at the forefront of astronomy and space science in Australia, find out more about how we’re exploring the Universe.