Closing in on the cosmic mystery of fast radio bursts

Closing in on the cosmic mystery of fast radio bursts

Our astronomer Dr Shivani Bhandari is making breakthroughs in her study of mysterious signals from outer space: fast radio bursts. 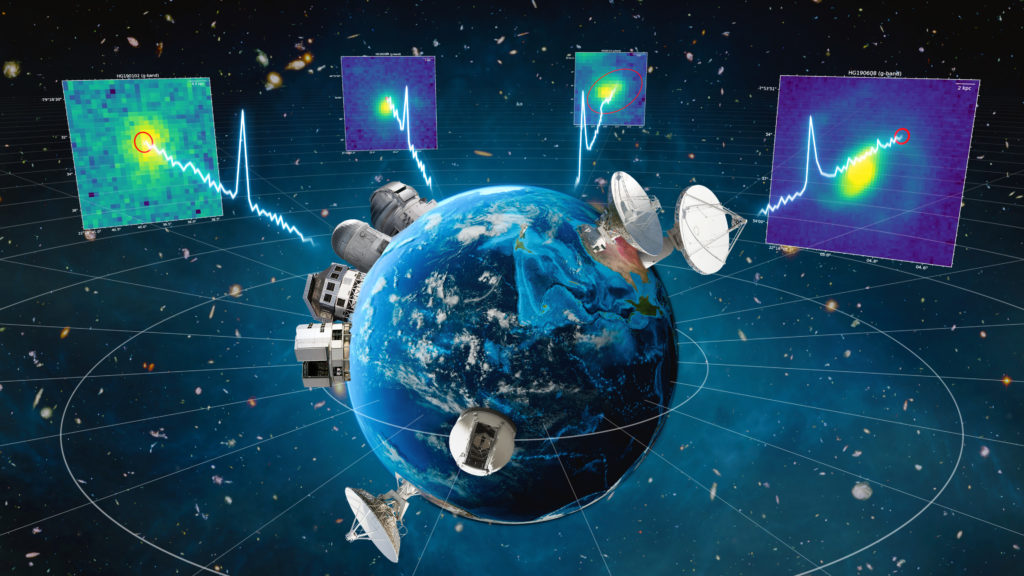 Imagine you’re part of a team working to solve today’s biggest mystery in astronomy. Well, our very own Dr Shivani Bhandari is on that team and she just led a recent breakthrough.

Professor Duncan Lorimer from West Virginia University first discovered fast radio bursts in 2007. It was an unexpected discovery while he was analysing data from our Parkes radio telescope (aka ‘The Dish’).

Fast radio bursts are brief explosions in the distant Universe. They are extremely bright. They release more energy in a millisecond than our Sun emits in 80 years. See video below for a visual explainer.

Fast radio bursts are the hottest topic in astronomy. These bright bursts baffle researchers. But they’re pretty sure whatever is causing them is associated with an extreme astrophysical environment. The hunt is on to solve this cosmic mystery.

ASKAP is a survey telescope, based in remote Western Australia. And to date it has revealed some vital clues about fast radio bursts. In 2017, it detected its first fast radio burst after just eight hours of searching. Then in 2018, it found 20 more, almost doubling the number of known bursts. And then in 2019, it traced a fast radio burst to its originating galaxy six billion light years from Earth.

Now, this is where Shivani’s research comes in. Using a specially designed detector on ASKAP, Shivani and her team found the exact location of four new fast radio bursts.

Then astronomers conducted follow-up observations with the world’s largest optical telescopes. Shivani used these images to study the neighbourhood surrounding each burst, providing clues about their origins.

“I wanted to see if there were any patterns in the sort of galaxies that host fast radio bursts. Similarities between their neighbourhoods could suggest a common cause,” Shivani said.

Pieces of the puzzle

Shivani’s research is the first detailed study of the galaxies that host fast radio bursts. It rules out several of the more extreme theories put forward to explain their origins.

“The precisely localised fast radio bursts came from the outskirts of their home galaxies. This removes the possibility they have anything to do with supermassive black holes,” Shivani said.

Even more surprising, the astronomers found all four bursts came from massive galaxies with modest star-forming rates. Very similar to our own Milky Way galaxy.

This means the CRAFT team has also ruled out other theories like extremely bright exploding stars and cosmic strings. Other ideas like collisions of compact stars, such as white dwarfs and neutron stars are still looking good.

“Positioning the sources of fast radio bursts is a huge technical achievement and moves the field on enormously,” Dame Jocelyn said.

“We may not yet be clear exactly what is going on, but now, at last, options are being ruled out.” 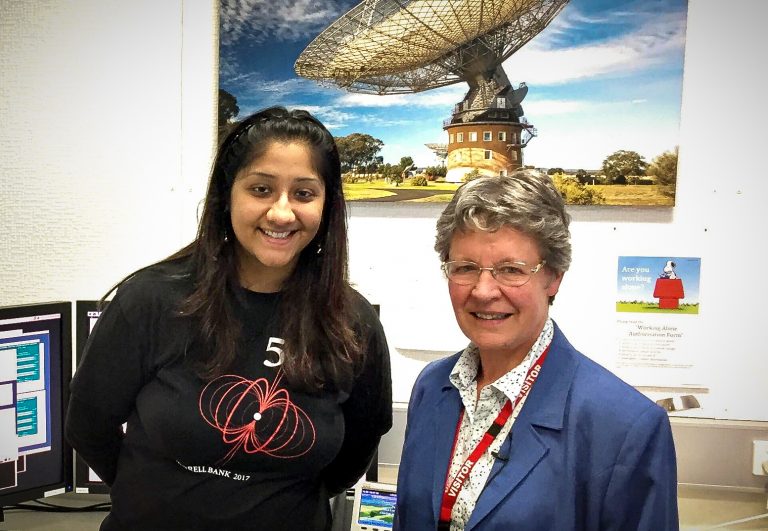 Shivani and the ASKAP CRAFT team continue to lead the world in identifying the location of fast radio bursts. Finding and localising more bursts will lead to a better understanding of their galaxy hosts. And ultimately solve the mystery of what causes them.

Our ASKAP radio telescope at the Murchison Radio-astronomy Observatory (MRO) in Western Australia. CSIRO acknowledges the Wajarri Yamatji as the traditional owners of the MRO site.

We were saddened to hear the news of the passing of Associate Professor Jean-Pierre Macquart this week. The CRAFT project team is a large collaboration which has been led by three Principal Investigators since 2016, including Jean-Pierre. He led the proposal to undertake fast radio burst research with ASKAP and developed the mathematical tools to understand the demographics of the fast radio burst population. His most recent work using fast radio bursts to find the missing matter in the Universe was published in Nature on 28 May 2020. Jean-Pierre will be remembered as an exceptional scientist with a satirical sense of humour and a passion and excitement for his work. Our thoughts are with his family, many friends and colleagues. Curtin University will hold a memorial for Jean-Pierre at a future date.

Find out more about our work in astronomy.