We often hear that Facebook is used to post inane personal updates and share funny cat photos, but it can help scientists do their work, especially when their trial sites are overseas. 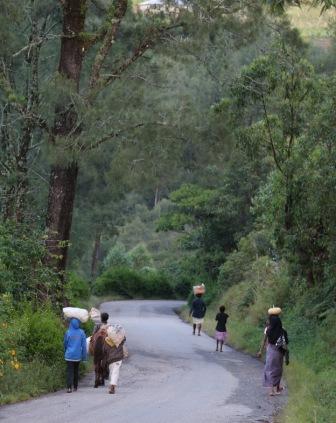 We’re working to improve the welfare and income of smallholder farmers in Timor-Leste.

Recently, one of our CSIRO scientists solved an equipment failure mystery by visiting the project’s Facebook site and spotting the problem, through some photo sleuthing just like a spot the difference puzzle.

Neal Dalgliesh, a CSIRO researcher based in Toowoomba in Queensland, works on a project to increase cattle production in East Timor to improve the welfare and income of smallholder farmers.

The project team established a Facebook group to enable researchers to communicate with each other, as they were located in East Timor, Indonesia and Australia.

As part of the project junior scientists have been learning how to set up weather stations that monitor temperature, radiation and rainfall. Data has been streaming in but, to the frustration of researchers, the weather monitoring stations were not working properly.

“For the last two months I had been mystified as to why a radiation sensor in Timor-Leste had been producing strange results,” said Neal.

“We recently replaced the sensor, assuming it was malfunctioning, only to find that we still had a problem,” he said.

Neal visited the project Facebook site and saw a photo of one of his Timor colleagues posing next to the weather station (on the right in the gallery below). 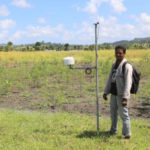 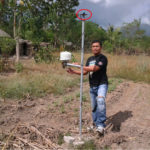 Zoom in to see the plastic cap.

“Totally serendipitously I browsed the Facebook page, enlarged the photo and lo and behold, found the problem; and more importantly, I immediately knew how to solve it.”

“The was a plastic cap covering the sensor, a rookie error,” he said.

It is easy to forget, as the cap is in place to protect the sensor during transport and needs to be removed when the sensor is set up. 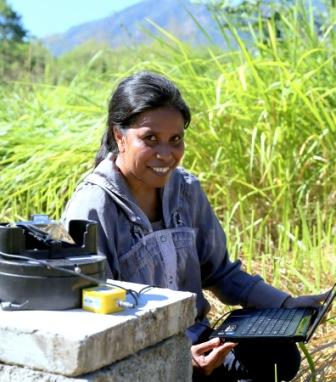 Communication is getting easier for researchers working in the field.

Neal says that making mistakes and learning from them is an important process and despite his many years as a research scientist, he’s learned a lot from this event.

“Never assume anything, start at the simplest explanation first. And use social media in technical communication,” he said.

“If I hadn’t seen the photo, the problem would have remained unsolved for many months. Plus in the old days, it would have taken a number of days or even weeks to communicate this information back to the field researcher.”

“As a result of rapidly improving wireless access, and Skype, I was able to immediately contact another researcher based in Oecusse and he fixed the problem,” he said.

This cattle project receives funding from ACIAR and is led by the University of Queensland, in partnership with CSIRO, Timor Leste Ministry of Agriculture and Fisheries, and the National University of East Timor.