What makes one economy more resilient than another?

What makes one economy more resilient than another?

What factors make one region more resilient than another? The answer could help us understand how to make our economies better able to resist the next shock, be it financial, a natural disaster or something else. 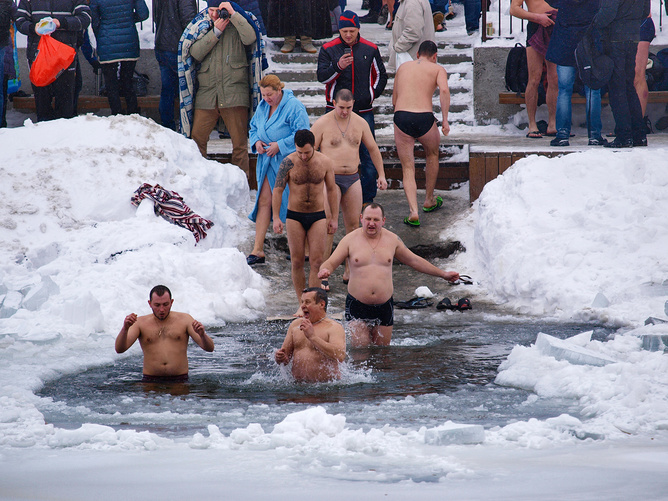 A study in resilience. Ice bath via www.shutterstock.com

Markets have been in turmoil for much of the year on concerns the global economy is heading for another recession. The suspected culprits are many: the plunging price of commodities and oil, crisis in the Middle East, a slowing China and other emerging countries and weak prospects for financial markets in general.

Coming less than a decade since the global financial crisis dealt a devastating blow to economies around the world, the current challenges raise the question of how resilient our societies are to such shocks.

In our own research, we pondered a different question: what factors make one region more resilient than another? The answer could help us understand how to make our economies better able to resist the next shock, be it financial, a natural disaster or something else.

The study of resilience

Resilience has become a hot topic among policymakers, academics and the public more generally alongside growing concerns about climate change and the increasing frequency of natural disasters.

The concept of resilience emerged in the scientific literature in the early 1970s and is commonly defined as “the capacity of a system to regenerate itself after a particular shock.” In recent years, the concept and science of resilience have been widely applied in ecology, biodiversity and most recently on climate change adaptation.

The study of economic resilience, however, is still in its infancy, with early studies such as this one in 2009 attempting to better understand the concept and its implications. Taking a page from the other sciences, we defined “economic resilience” as the capacity of an economy to resist a particular shock and to recover rapidly to the previous level of growth or better.

To help us quantify resilience, we narrowed the definition further by describing it as the capacity of an economy that suffers an economic downturn to restore or return to the pre-crisis level of employment growth.

The mathematical formulation of resilience can be seen in this paper, but the main point is that the formula attempts to capture how large and rapid the rebound is that occurs after the drop to restore employment growth of a region.

We aimed to use this regional economic resilience formula to better understand the factors that determine what makes one regional economy more resilient than another. So we examined the employment levels and growth rates across all counties in the U.S. and observed how they responded to the global financial crisis of 2007-2008.

The following illustration shows the various scenarios of how county employment responded to the crisis, with the percentages showing the share of the total U.S. counties that experienced each pattern of change. The vertical axes of the charts show employment levels, while the horizontal axes measure time (months). The black lines represent the actual employment levels over time, the dotted green lines project where the county would have gone had the pace continued (without crisis) and the red arrows show when the financial crisis struck.

The top three smaller charts show that 9.7 percent of U.S. counties experienced little or no change in the employment trend over the period or failed to rebound after the growth rate fell off. The 0.4 percent of counties that showed no decline actually are the most resilient, and worthy of in-depth future study, because they were not affected at all by the crisis. The bottom two smaller charts, representing 9.1 percent of counties, showed a pre-shock downward trend in employment that worsened in 2008/2009 but that later recovered, to varying degrees.

The focus of our research is on the 81.2 percent of counties that had positive employment growth before the financial crisis, suffered an employment drop and later recovered. In other words, they experienced two turning points over this period. These counties are the ones, by our definition, that showed resilience, although to differing degrees.

The interesting question to us was whether or not these different patterns of regional economic resilience could be explained by particularities of the respective counties.

Methods behind the measurements

To answer this question and better understand what regional peculiarities support or detract from resilience, we developed a simple statistical model to capture how different factors may or may not explain the variability of resilience across counties.

Included among the factors we studied was the age distribution of the population, because we hypothesized that having relatively more experienced workers would better allow counties to adjust to the crisis.

For the same reason, we paid particular attention to self-employment as a proxy for innovation and entrepreneurship, because it has been shown to help economies better adjust to trade shocks such as those associated with increased imports from China.

Our measure of diversity is simply the share of different types of industries that are represented in a county. To measure complexity, we used the national input-output matrix table to calculate how interconnected the county’s industries are. In other words, a county with industries that are more connected on one another (they buy or sell products from/to different industries) may have a comparative advantage because its economic activity is more complex. For example, industries such as semiconductor manufacturing and telecommunications were the most complex in our measure as reflected by their large buying and selling relationships with other sectors, in relative terms.

Thus a county in which these industries are important would have a higher level of regional economic complexity.

What makes a county resilient

Our key findings are that counties with higher shares of relatively young workers (aged 25-44 years) on average had lower resilience, suggesting that having a more experienced labor force allowed counties to cope better after the financial crisis.

Surprisingly, having a more highly educated workforce, on the other hand, did not appear to make a county more resilient. As expected, though, a higher share of self-employed workers in a county was unambiguously associated with greater resilience.

On the other hand, counties with more complex economies also avoided large drops but experienced faster recoveries, and thus they were more resilient.

Clearly, this is worthy of further exploration in future research.

What does it all mean?

So what does this mean as we brace for the next shock to our economies, and where do we go from here?

Perhaps most importantly, the next shock doesn’t have to be financial like in 2008. Regions exposed to other shocks such as natural disasters and climate change can take lessons from research on economic resilience to better prepare their systems.

Our results do suggest that regions with more experienced workers and higher levels of self-employment may be more protected from a shock. Furthermore, those regions that have higher levels of both diversity and complexity may suffer less in the next downturn. However, as suggested from our results, simply having employment spread across a variety of industries – economic diversity – helps counties avoid big drops, but does not necessarily enhance resilience.

In general, more research is needed to better understand how regions can adapt and improve their resilience to different shocks, especially considering that few if any direct interventions of local, state and/or federal governments may directly enhance resilience. For example, it may be difficult for local governments to target or attract especially diverse or complex industries.

However, other policies such as providing general entrepreneurship training programs or ensuring that local economic conditions favor entrepreneurs or the self-employed could be effective in raising the resilience of regions at a cost much lower than the damages caused by a larger financial shock or crisis.

David A. Fleming is a research economist in our Land and Water team.

Previous post:
100 women for 100 years
Coming up next:
AI has beaten us at Go. So what next for humanity?