CSIRO oceanographers left Brisbane on Friday for a 10-day, $2 million research voyage they believe will generate the most complete profile yet of one of Australia’s most influential environmental features, the East Australian Current.

Working from the CSIRO Marine National Facility research vessel, Southern Surveyor, the scientists will deploy five deep water moorings across the current, extending 240 kilometres east of Brisbane to gain specific insights into the characteristics of the largest ocean current in the Australian region.

Principal investigators for the voyage are Hobart-based scientists, Ken Ridgway and Dr Bernadette Sloyan, specialists in currents in the Australian region with CSIRO’s Wealth from Oceans Flagship.

Dr Sloyan said the East Australian Current impacts our climate and east coast ocean conditions, and so understanding its physical and chemical characteristics as recorded through the mooring network will be important for future natural resource management.

The mooring network is the latest addition to the Australian Government funded Integrated Marine Observing System (IMOS), which has a strong focus on how offshore conditions influence our coasts via the major boundary currents like the East Australian Current.

Dr Sloyan said IMOS has provided $2m in funding to support this mooring network, which will complement existing IMOS observations being taken off the Great Barrier Reef, the New South Wales coast, and the east coast of Tasmania.

“With this final piece of the jigsaw in place we now have the ability to accurately measure transfer of water, heat and salt from the tropics to the Tasman Sea, to see how it is changing over time, and to understand what these changes might mean for marine ecosystems and coastal populations along the eastern seaboard,” she said.

The moorings consist of sensors recording temperature, salinity, and velocity of the current,   spanning the region   from the continental margin to off-shore in water depths of nearly five kilometres.

Mr Ridgway said scientists have been studying the East Australian Current for perhaps 100 years, although for the first 60-70 years the focus was on the biology and how it may be influenced by the current.

“In the last 25 years real advances have been made in understanding the East Australian Current, its physical structure and seasonal changes, and more recently its influence on the biodiversity of the east coast.

“What we have also seen in that time is a strengthening of the winds in the Pacific that have intensified ocean circulation and are pushing the current around 350 kilometres further south in the Tasman Sea.

“This research voyage is a terrific opportunity to study the current, and to understand its wider influences on our natural marine resources and for many Australians living on the eastern seaboard its influence in their lifestyle,” Mr Ridgway said.

Southern Surveyor will return to Brisbane on April 29.

The EAC is the largest ocean current close to the coast of Australia. What scientists already know is that the East Australian Current:

By comparison, the Leeuwin Current, originating off the north-west coast of Western Australia carries a fifth as much water, peaking in May-June. 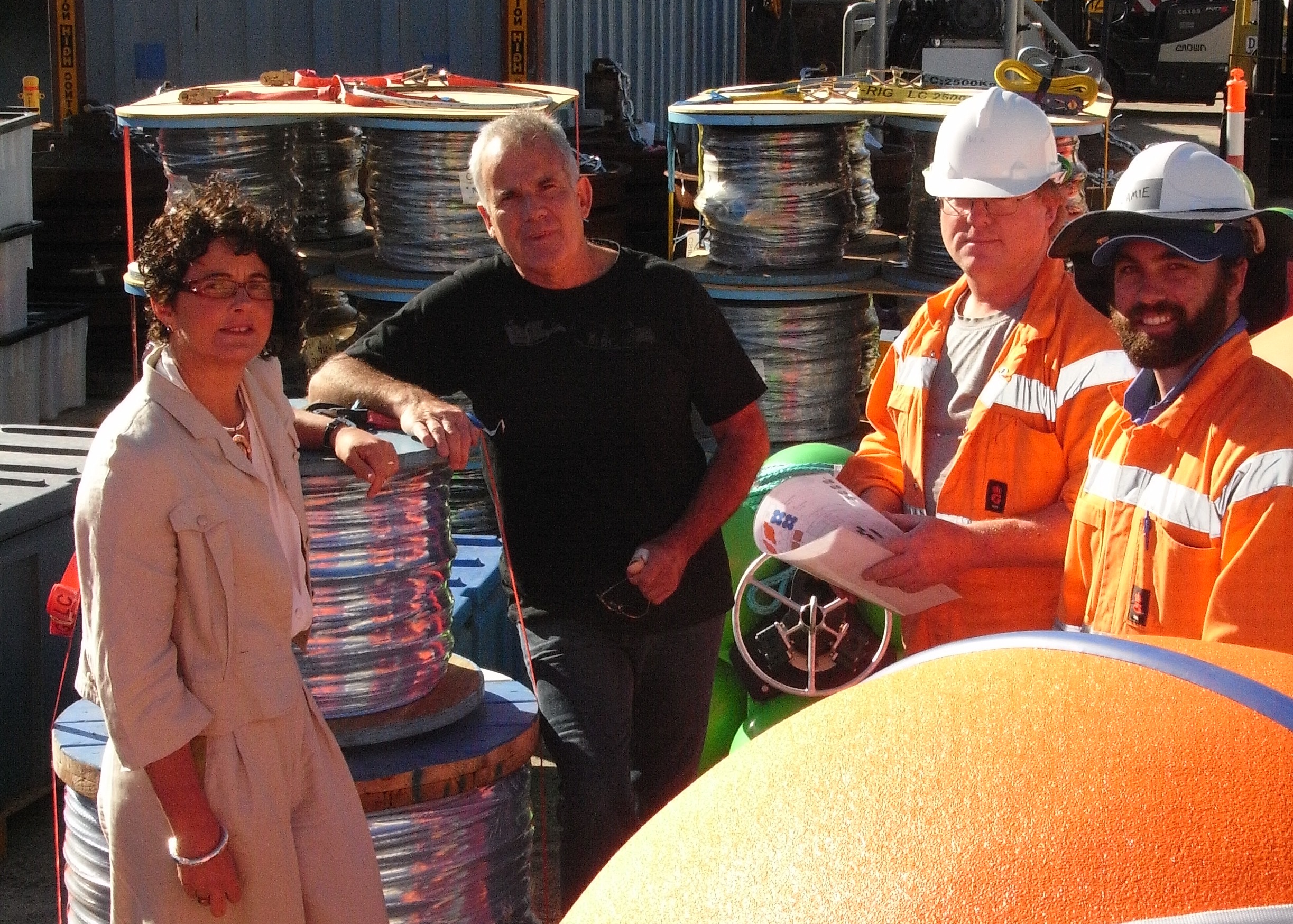 Principal investigators for the East Australian Current study, Bernadette Sloyan and Ken Ridgway, with ocean engineers Danny McLaughlin and Jamie Derrick, who will deploy the deep ocean moorings in depths of up to 5 kms.

Previous post:
Ironing the bugs out of insect silk
Coming up next:
Fast Fact!