Discovering the enigma moth: a golden-winged relic from a long-past age

Discovering the enigma moth: a golden-winged relic from a long-past age 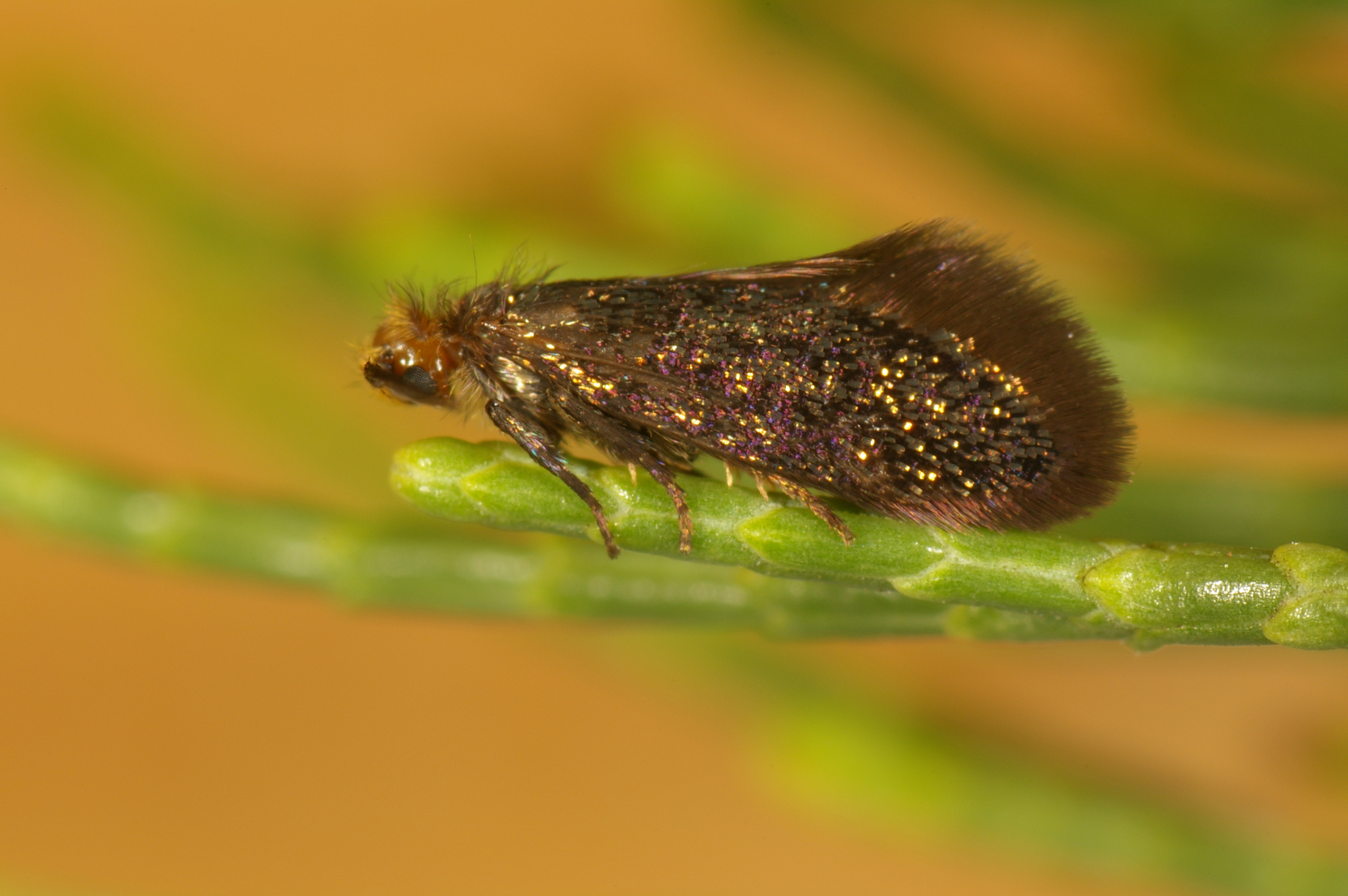 A female adult ‘enigma’ moth on a Southern Cypress-pine stem. Note the beautiful colouring of its wings. Image: George Gibbs

A living dinosaur. A missing evolutionary link. A specimen unlike any seen before it.

With such weighty words being thrown around, you could be forgiven for thinking we had discovered a Yowie, a Loch Ness Monster, or another Jurassic Park script.  But the truth, while being a little more unassuming, is no less the stuff of legends.

Today, we unveiled the Aenigmatinea glatzella – which has been coined the ‘enigma moth’ – to the world. This tiny insect, which has so far only been found in an isolated pocket of Kangaroo Island, South Australia, represents not just an entire new species of moth, but an entire new family. It’s the Lepidoptera equivalent of discovering, say, the platypus.

This is the first time since the 1970s that a new family of primitive moths has been identified anywhere in the world. So for a bald bug that lives, mates and dies in one day and could fit on a five cent piece, the enigma moth is causing quite a stir.

An illustration of the dorsal side of the moth.

You can read more about the moth and our role in its discovery – as well as the launch of a foundation to support research into Australian moths and butterflies, and the moths and butterflies in our Australian National Insect Collection in Canberra – here. But in the meantime, we present to you the top five facts about this flying enigma:

And, in case you haven’t seen it already, we’ve created this excellent short film of the enigma moth to honour its official introduction to the public. Enjoy!

Previous post:
Cool photos from the Antarctic ice-edge taken on board RV Investigator
Coming up next:
Tap dancing and leaping in the season of love: spider dancers in a garden near you