We're upgrading the 70-metre antenna Deep Space Station 43 at the Canberra Deep Space Communication Complex. The antenna will support upcoming robotic and human missions to the Moon and Mars.

DSS43 (pictured above) is the largest steerable parabolic dish in the southern hemisphere. This year it gets an upgrade!

There’s a saying at NASA’s Jet Propulsion Laboratory – ‘dare mighty things’. And our team is doing just that.

For 48 years, DSS43 has been a vital part of NASA’s global Deep Space Network. It provides two-way radio contact with dozens of robotic spacecrafts exploring the Solar System and beyond. It is the largest steerable parabolic dish in the southern hemisphere.

After all this time, some of the systems on the big dish are showing signs of age. To prepare the dish for decades to come, DSS43 is going offline for 10 months while a team of nearly 200 engineers and technicians, including local and overseas contractors, give it a top-to-bottom, inside-and-out spruce up.

Despite the challenges caused by recent bushfires and COVID-19, the project is well underway. Our team is confident they will bring it in on time. 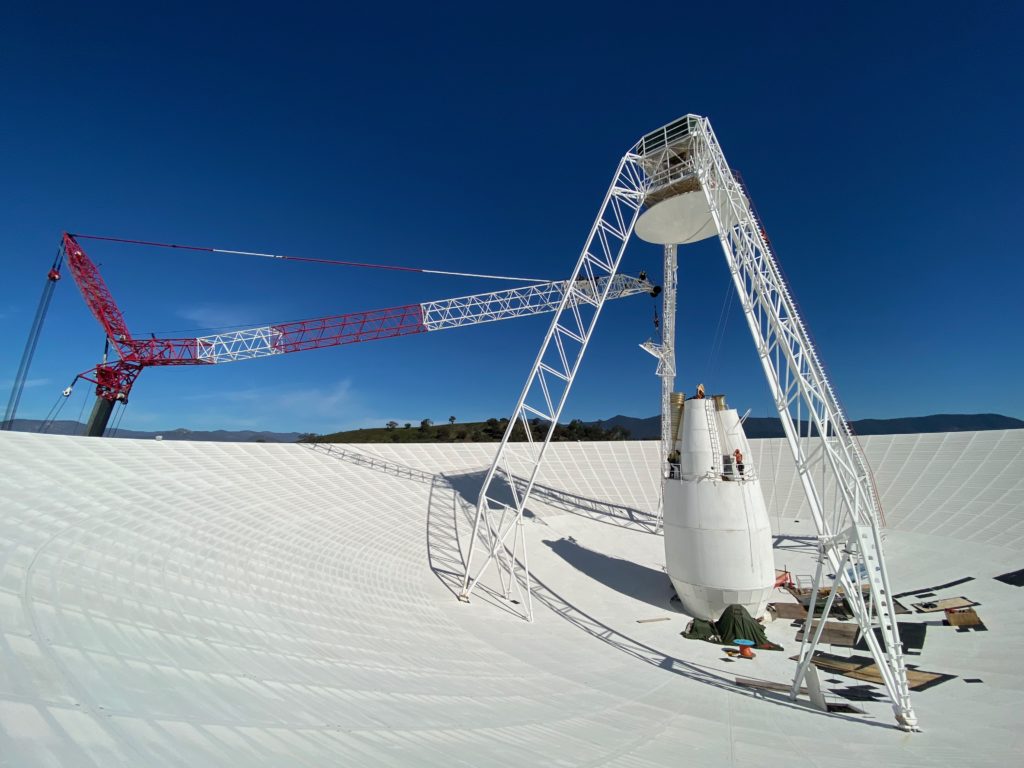 Despite recent challenges, the team are confident they will upgrade Deep Space Station 43 on time.

Team on the ground

Managing the project is Nigel Chauncy, our radio systems technician at CDSCC. In his 22 years at the complex, Nigel has worked on many projects. But this is the largest he has ever undertaken.

“A major milestone is the replacement of one of the huge central feed cones. The logistics of bringing in a 450-tonne crane to lift the two-storey high cone and raising it over 70 metres to delicately position it inside the dish is a challenge I’ve been looking forward to.”

Rhiannon Sutherland is overseeing personnel and site safety. A Ngunnawal woman who’s worked in the civil construction world, Rhiannon is enjoying the challenges her new role at CDSCC presents.

“The hardest thing is we’re not only working to meet Australian legislative requirements but also American and Commonwealth guidelines. We’ve got to put all three together to make sure they all comply and are to an Australian standard,” Rhiannon said.

“There is going to be multiple high-risk jobs undertaken throughout this project. My guiding principle is to ensure that at the end of the day, everyone gets to go home to their families.” 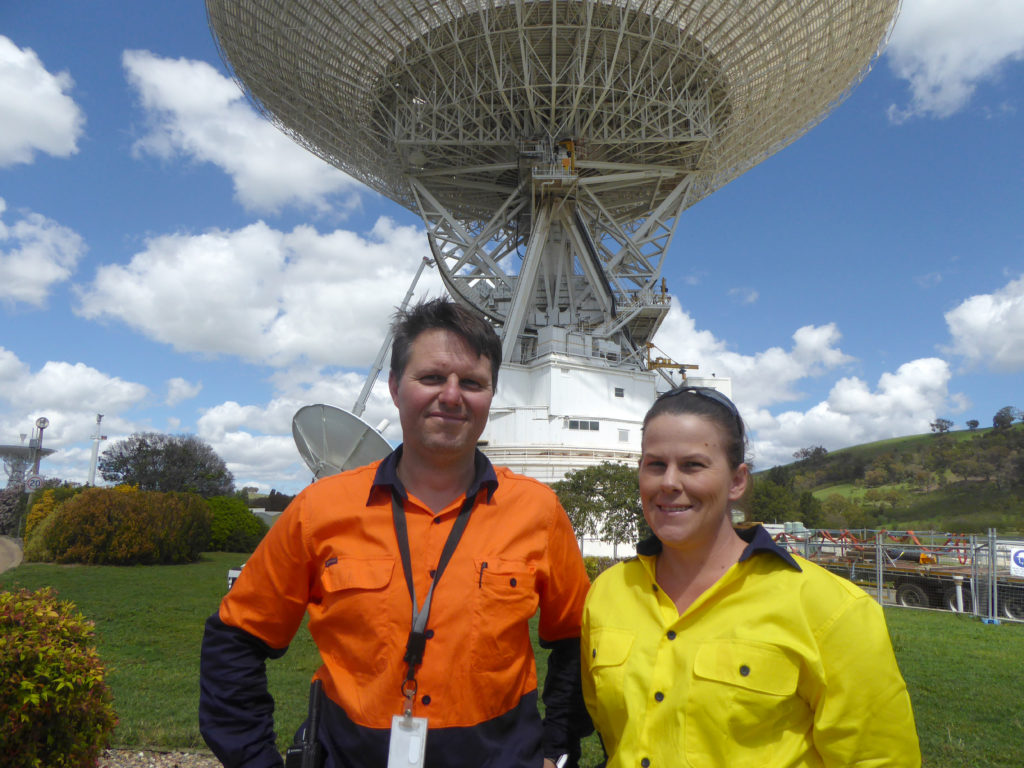 Nigel Chauncy (left) and Rhiannon Sutherland (right) both have a role to play in the upgrade of the 70-metre antenna.

Nigel Chauncy (left) and Rhiannon Sutherland (right) both have a role to play in the upgrade of the 70-metre antenna.

The tracking station team has the talents and skills to return DSS43 to service by January 2021. This is in time for several new robotic missions arriving at Mars.

DSS43’s improved capabilities will ensure these missions are supported. It will also enable NASA’s plans to return humans to the Moon in the mid-2020s and future human missions to Mars.

We manage the Canberra Deep Space Communication Complex for NASA.

Launch into more about the Canberra Deep Space Communication Complex

Previous post:
Movers and Shakers: educational videos for kids
Coming up next:
Snack like a snacc: healthy filling munchies